Mini has launched a tongue-in-cheek press ad referencing the horsemeat scandal, to promote its new roadster.

The print ad is one of the first to be created by iris Worldwide, after it won Mini’s ad account in December last year from WCRS.

The ad features a picture of the beefed-up new Mini John Cooper Works Roadster, with a headline that reads, "Beef. With a lot of horses hidden in it."

Shaun Mcilrath, Iris Worldwide's executive creative director, wrote the ad, while Adam Robinson worked as the designer on it.

It references the car’s 211 horsepower and plays on its beefy appearance, while light-heartedly alluding to the horsemeat scandal that has hit Europe over the past month.

If you have a diary story, please email sara.kimberley@haymarket.com 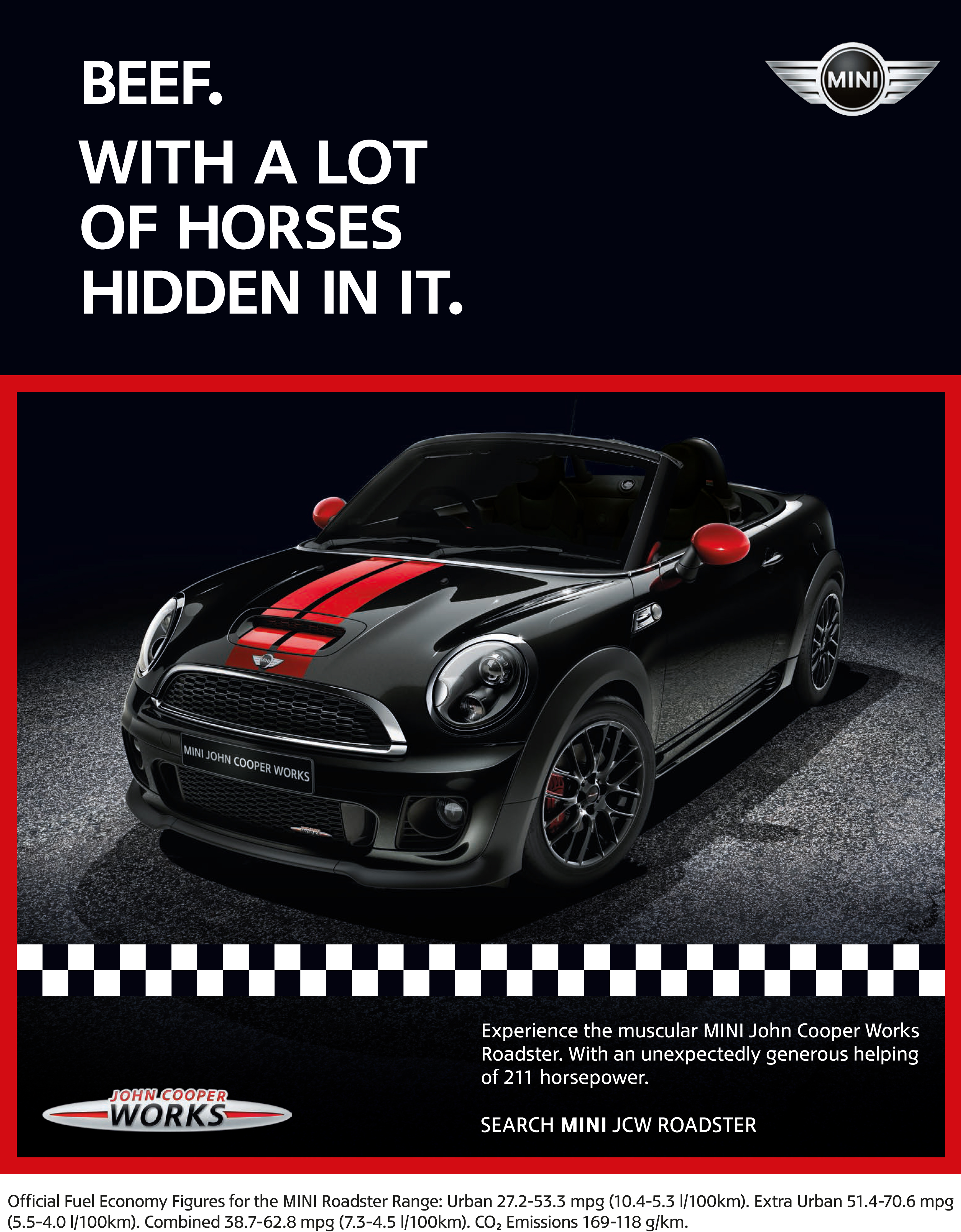 Game cashes in on horse scandal with mince meat ad

Advertising will fail unless it is underpinned by trust

Findus is latest brand to be caught up in horsemeat scandal

Direct Agency of the Year: OgilvyOne