An in-depth look at the findings of the fourth wave of Pulse @ McCann London's state of the nation barometer, Moody Britain.

Despite the formal ending of the macro-economic recession, the ‘personal’ recession continues. Consumers are still adopting a considered approach to their purchasing, aware that much of the fiscal stimulus that supported the economy in the recession is likely to be withdrawn over the next 18 months.

The proportion of Britons intending to go out less and spend less on holidays over the next year has stayed the same between 2009 and 2010 (50% and 40% respectively), underlining the belief amongst many consumers that the prospect of higher taxes, higher interest rates, higher inflation and reduced public services may make the consumer recession far outlast the recession measured in GDP and output.

Consumer confidence remains fragile and we shouldn’t bank on a straight road to recovery. At best, the mood of the public could be described as one of ‘sober positivity’.

A time of uncertainty


When asked for a word to sum up the overall mood of Britain, "uncertainty" remains the key descriptor for the British public, chosen by 67% - just ahead of ‘disappointed’ and ‘angry’.

The advent of the first coalition government in many years will possibly do little to abate this sense of reticence as people look to the future. Whilst the mood is ripe for change, an untested government coupled with a new type of politics  is bound to bring teething problems.

A sense of strong directional government is vital at a time when uncertainty is still rife amongst consumers.

The worries of women

Britain’s women were on the frontline of recession, being far more involved with controlling the day to day budget. Consequently, they are significantly more likely to agree that they have bought cheaper food over the last 12 months (59% vs. 46% of men) and to have bought cheaper clothes (45% vs. 26%).

When asked about their spending plans over the next 12 months, the results follow a similar pattern, with the nation’s women intending to cut down their spending significantly more than their male counterparts.

The worst recession in living memory brought many of the things that consumers had previously taken for granted (such as their job and their holidays) into sharp focus, with 59% of workers claiming to value their job more and 50% of Britons valuing their holiday more in June 2009. In March 2010, these figures had fallen slightly to 47% and 44% respectively.

However, the proportion valuing their friends, family and their community more rose in the same period, highlighting the importance of these networks in helping people get through the recession.

This new collective spirit can perhaps be contrasted to the ‘boom years’ where consumers were able to follow a more individualistic approach to their lives, facilitated by stable economic times.

Recent brand communication seems to be reflecting this ‘valuing what matters’ trend, with notable examples including the John Lewis "Always A Woman" campaign.

I want to be part of Britain

Forty-two percent of those questioned in McCann Erickson’s Moody Britain study agreed that ‘I wish I felt more like I was part of Britain’.

Notably, this figure varies little by age, gender or social class, revealing that in every walk of British life there is a significant section of people with the need and desire to feel more part of the nation.

The major political parties would do well to re-engage the 20 million Britons who want to feel more connected with the country in which they live. This collective longing could provide an excellent opportunity for the 2012 Olympics. 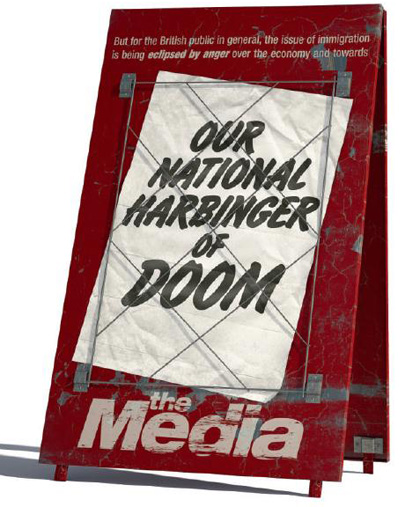 There is often an assumption that the youngest group in society, having grown up with ubiquitous, always-on media, is less inclined to feel overwhelmed and influenced by the proliferation of information and opinion.

Our survey reveals, however, that the youngest group believes that the media’s influence on events, such as the recession, is neither small nor benign.

When asked ‘did the media make the recession worse?’ 78% of 18-24 year olds agreed; 11 percentage points higher than the average. Younger people are also more likely than older people to attribute the overall negative mood of Britain to the media. 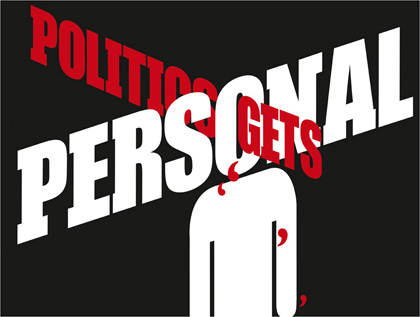 The fledgling coalition government has promised an era of ‘new politics’. This transformation would resonate greatly with Britons, 96% of whom believe that the political system needs changing.

When asked which change would make the most positive difference to the political system, ‘greater openness surrounding the activities of MPs’ was the most chosen answer (30%), followed by ‘greater influence on decisions at a local level’ (22%).

The expenses scandal last year appears to have been the straw that broke the camel’s back for much of the British public: just 6% of Britons claim to have a lot/fair amount of trust in politicians, which puts our elected representatives even lower on the trust barometer than oil companies (11%).

Over recent times, consumers have been given an unpleasant glimpse behind the curtains of parliament and the financial sector. In the build-up to the election, they also had a glimpse of the vested interests that sit behind much of our traditional media.

If in 2008-2009 the media brought us the world’s first 24-hour recession, 2010 brought us the first instant election – fuelled by a constant stream of data, indices, opinion polls and opinions.

In a world overloaded with information, never before have consumers been more in need of pure and unbiased guidance. However, even the notion of peer-to-peer trust (an internet staple) has seen a hit in recent months as consumers have learnt that not all opinions are equal, that crowds aren’t always wise and that there’s a big difference between a friend and a ‘Facebook Friend’.

Consumers are consequently seeking voices and sources of authority in a world where ‘trust’ is in very short supply.

Research methodology
An ICM poll commissioned by McCann Erickson of 1000 Britons, aged 18+. The survey explored attitudes to modern Britain. All interviews were conducted online between March 17th – March 21st 2010. The sampling error for the total sample is 0.03 percentage points.