Net-a-Porter has launched a joint Christmas campaign with Mr Porter, which offers a glimpse behind the scenes for a festive ad called "all for you".

It’s pretty hard to sex up delivery logistics, but "all for you" takes a whimsical look at the "magic" behind the brands' customer service.

This is the first time the two brands have joined forces for a campaign, and follows the merger between Italian retailer Yoox and the Net-a-Porter group - Net-a-Porter, Mr Porter and The Outnet.

The concept hinges on the two luxury brands’ reputation for strong customer service, and appeals to both sexes. This initial collaboration will be the first of several joint campaigns, marketers from both brands said.

Heather Kaminetsky (pictured below), vice president of global marketing at Net-a-Porter, told Marketing: "It’s a first for us. Net-a-Porter and Mr Porter complement each other beautifully, and what’s a better time to join forces than the holidays?

"You’re not buying for yourself, but for others. While Net-a-Porter and Mr Porter have unique identities, one thing they have [in common] is a shared value of the customer.

"I’m hoping there are other opportunities in the future. The holiday was a great place to start, and I believe you’ll see more of it."

While both brands pride themselves on customer service, the question is whether this alone can win over new shoppers.

While faithful Mr Porter customers report dapper couriers who deliver packages while sporting a bow tie, this might be a tough sell-in for the uninitiated.

Kaminetsky said: "There is a loyal customer base, who will understand the campaign already. Communicating [the] service the two brands have is the reason we did this. It will hopefully prompt [customers] to shop." 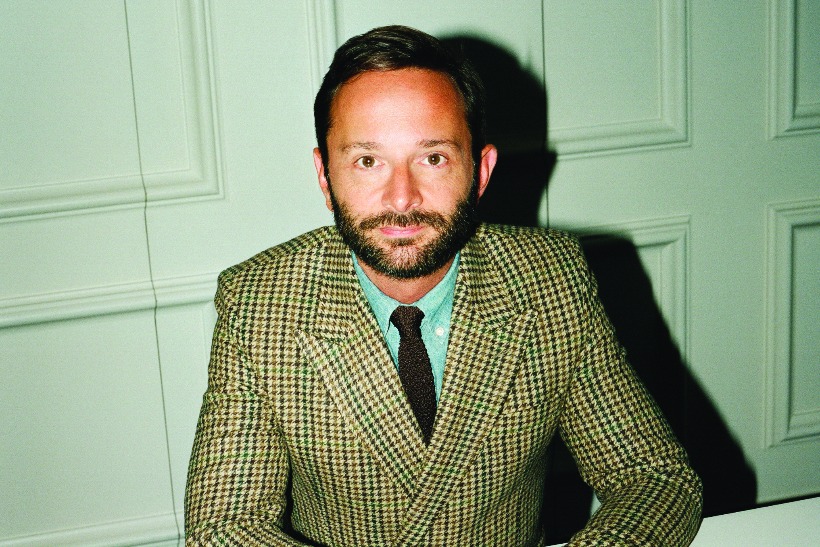 As the younger brand, a joint campaign is something of a coup for Mr Porter. Jeremy Langmead (pictured above), the brand and content director, said: "We are nearly five years old, and felt confident enough to share a voice.

"Five years is quite young, which means we’ve still got a long way to go."

Langmead said his job will be complete once he can stop describing Mr Porter as "Net-a-Porter for blokes".

Both Langmead and Kaminetsky were quick to negate any suggestion that the Yoox merger will hamper growth plans for either brand.

Langmead said: "With Yoox, it doesn’t make any difference to our ambitions and plans, we’re still carrying on with projects, and getting more people to know about Mr Porter.

"Once they’ve tried us, [customers] stay with us for good. We’re lucky really, it’s quite quickly that Mr Porter has become synonymous with men’s style."

After the merger was announced, Net-a-Porter group reported a record £11m in pre-tax profit in the year ending March 2015. The group doesn’t break out results for individual brands.

Kaminetsky said: "As far as Net-a-Porter is concerned, we’re still on the same roadmap that we had. The customer is at the service, and exception service continues to be our DNA.

"Obviously the content-commerce play to inspire and differentiate is still at the heart of it. Nothing for us changes."

The campaign was a collaboration between the in-house team and creative directing due Us, and kicks off on 3 November. It will cover print and digital.

It will also show on Sky through Sky’s programmatic ads platform. Programmatic TV is another first for the two brands, and something Kaminetsky said the company is willing to "look at" further.

Has H&M lost control of its fashion collaborations?

How Berlin-based start-ups are rewriting innovation for marketers