Overall new business is down 29.9 percent in January to March 2020 versus the same period last year, figures from R3 Worldwide confirm.

The consultancy group’s latest statistics on wins and losses cements the ugly truth of COVID-19’s economic impact on advertising.

Global creative assignments have taken the biggest hit, with a revenue decline of 33.7 percent.

Greg Paull, principal at R3, said: "This decline won’t get any better through Q2 as more and more marketers delay, defer and de-prioritize activities, including agency reviews. The message to agencies is clear – hunker down for an annus horribilis."

Among media agencies, PHD moved up to second spot with Zenith being the fastest mover. Carat also secured five of the ten largest global wins for the month.

In America., it was a relatively slow month for creative agency new business during the lockdown with Leo Burnett’s US Cellular win helping their overall cause. Looking to media agencies, Vizeum jumped into the top four off the back of its McCormick win. 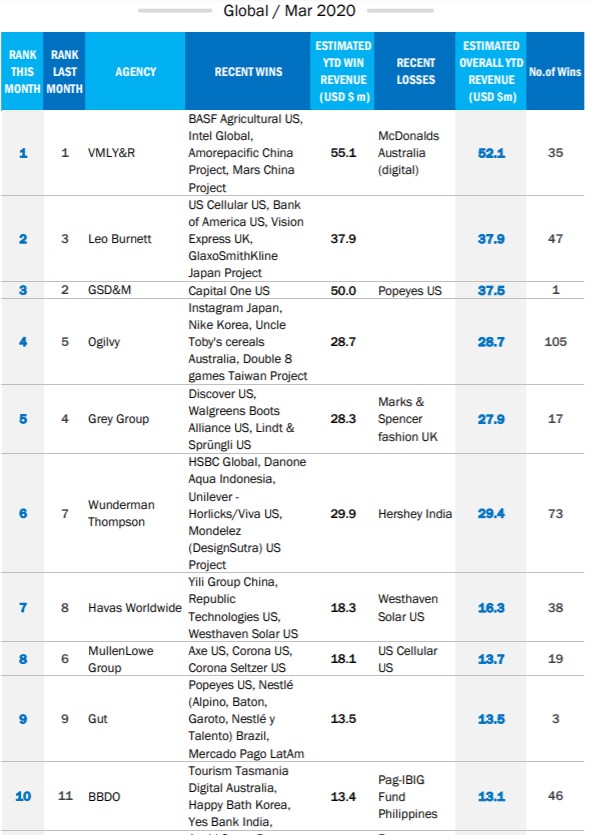 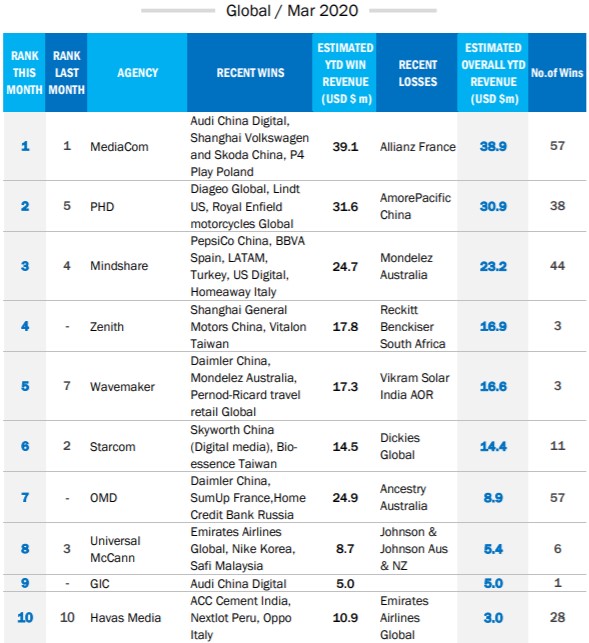 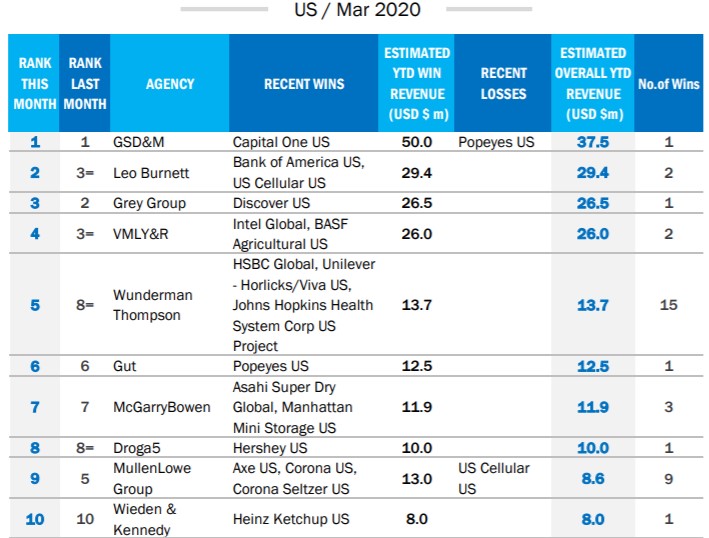 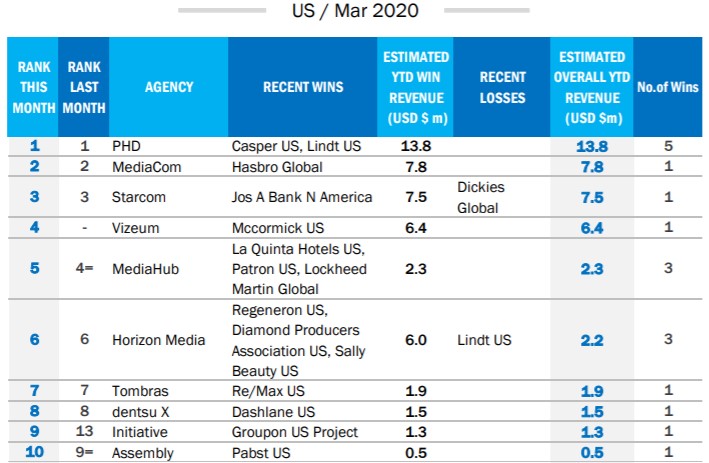 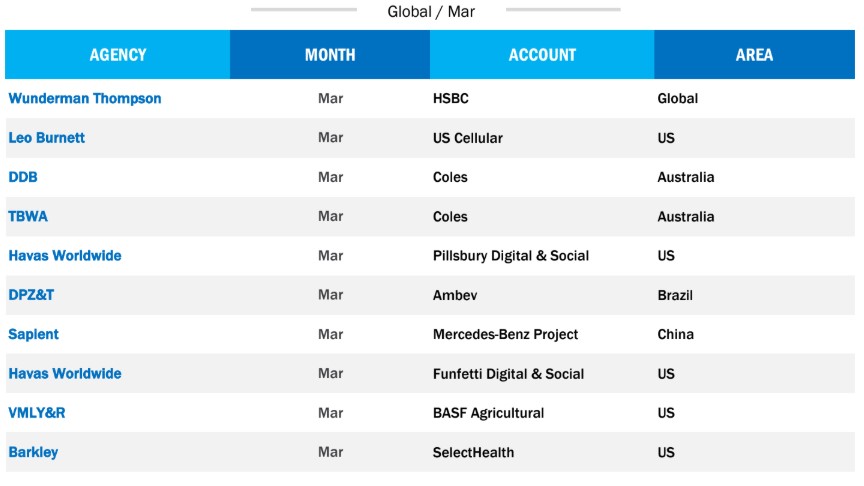 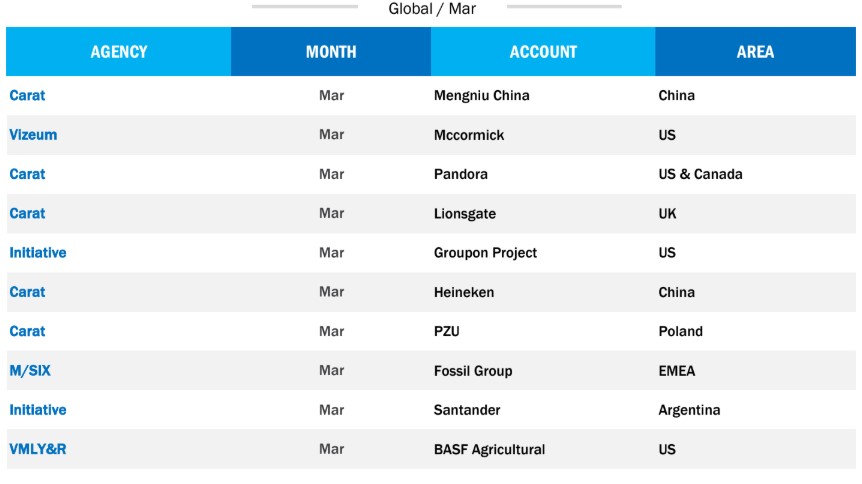