Gender roles are shifting in the UK as women's earnings rise. This requires an updated portrayal of young men from advertisers, writes Marketing's Alex Brownsell.

Allow me to set out a few basic facts. I live in a dual-income household, in which my partner earns markedly more than I do. I carry out the weekly grocery shop and cook the main evening meal each day, and enjoy doing so. I also do the majority of cleaning around the house.

I am a man, my partner is a woman, and I am extremely comfortable with all of the above. The trouble is that many brands appear far less comfortable than I do.

For the vast majority of advertisers, men can be neatly divided into two categories. The first is the "bloke": he is a "cheeky chappy", enjoys a bit of sexist humour, and is at his happiest in the pub getting smashed with his mates. He can be reached with lowest-common-denominator nonsense made popular with the rise of "laddism" in the 1990s.

For examples, think about drinks brands such as Carling and WKD, Unilever-owned grooming brand Lynx, and – perhaps most alarmingly – male-focused charities like Prostate Cancer UK, whose latest "Men United" campaign featured a confused-looking Bill Bailey walking across an empty football stadium to stock audio clips of cheering crowds, repeating a few well-worn clichés about "getting onside" to fight the disease.

The second archetype is the "suit". He is incredibly ambitious, strives to be sexually attractive to women, demands the envy of his friends and colleagues, and spends most of his days dreaming about expensive watches and sports cars. He can be reached with a luxurious double-page ad in GQ. These individuals can also be presented as "dads" (see Unilever’s Dove Men+Care), but this remains framed within the accepted wisdom that the man’s primary responsibility is as breadwinner.

Messages to men remain stubbornly rooted in the stereo­types of the past.

In many households across the UK, of course, this continues to be the case. However, the picture is slowly but surely changing, and brands risk being caught out if they continue to ignore the rise of a new male consumer.

Young men in the UK today have grown up in a very different society from that of their fathers and grandfathers, and agree with these changes. I cannot think of a single male friend or acquaintance who would argue that they should earn more for doing the same job as a woman. The notion that men might earn less than their female partners is gaining traction, too: according to a survey carried out by insurer LV= last year, 41% of UK women now earn more than their partners – a trend that is likely to continue.

As a result, gender roles are beginning to shift. A study recently carried out by US meat-industry specialists Midan Marketing coined the term "manfluencers" for the 47% of US men it found now doing the majority of the grocery shopping and cooking in their homes. Whereas their fathers might have arrived home from work expecting dinner to be cooked and ready for their consumption, many young men will come through the front door and head straight for the kitchen.

Even that most classically masculine of purchases, the car, is of dwindling relevance to young men. In the US, the number of women driving exceeded men for the first time in 2012, according to the RAC Foundation, with the UK expected to follow suit in the coming years. Nissan’s marketing chief, executive vice-president Andy Palmer, recently told Marketing the company is setting its sights firmly on the "empowered female" who is dictating nearly three-quarters of all car purchases globally.

The young, middle-class Anglo-Saxon male can no longer expect to inherit the world; nor does he believe he is entitled to. The vast majority of men under the age of 30 I know believe in gender and racial equality. Yet, despite the eagerness of brands to adapt their advertising messages for the changing female consumer, messages to men remain stubbornly rooted in the stereotypes of the past.

While young, liberal-minded men may embrace new attitudes to gender, all too often they are still judged by society against generations-old ideas of manhood. A new debate needs to take place about the role of men in society in the context of empowered women, and brands must play their part, or face being left behind by a new type of male consumer unhappy to be viewed as a mere statistical anomaly. 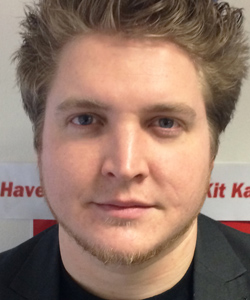 I am a 28-year-old with no interest in sports, cars, fashion, lads’ mags or many of the other popular "traditional" interests expected of men under 30. I still have hobbies and interests, such as travel, music, theatre, film and TV, technology and gaming, but, even with the latter pair, these no longer conform to gender-specific interests.

JWT’s proprietary research data on "Masculinity & Modernity" reveals that 74% of men agree that gender doesn’t define a person as much as it used to. Similarly, 78% agree that men and women don’t need to conform to traditional roles and behaviour.

According to government statistics published last year, 40% of women now earn more than their male partners. There was a 65% increase in female directorships of FTSE 100 companies between 2010 and 2013 and, from the research data, it seems men are happy with this change.

With this in mind, perhaps advertisers should rethink their categorisation of men under 30, and how to reach them, moving away from stereotypes like lager brands sponsoring sports, or luxury brands filling the pages of "men’s magazines".

We are selective, powerful audiences able to watch, read and listen to what we want, whenever and wherever we choose.

The JWT planning foresight team’s research (based on 500 UK respondents) may surprise any advertiser who still adheres to a rigid demographic model of what men under 30 are interested in. Those still communicating with these men like they did 10 or more years ago should read the report and rethink their messaging. Many of its findings, such as "being married or in a committed relationship is more important to males (85%) than females (79%)", don’t match the attitudes communicated by many ads targeting us "young men".

As well as this inconsistency, advertisers often fail to reach men under 30 due to the media they use. I don’t read magazines and don’t watch TV – not in the traditional sense. I subscribe to streaming services like Netflix and LoveFilm, as well as accessing free services via smart TV, console, PC or tablet/phone.

Other millennial men do the same, or at least do the majority of their TV- and film-viewing on demand. While some streaming services have pre-roll or VOD advertising, it is much less frequent, and rarely does the advertising seem to match the content being watched. The same could be said of online and print advertising.

Audiences are no longer passive consumers of media supplied by a powerful few companies. Instead we are selective, powerful audiences able to watch, read and listen to what we want, whenever and wherever we choose. This fundamentally shifts the traditional advertising model and means that for ad campaigns to reach people, brands need to be where the audience is, male or female.

I’ll conclude with a quote from JWT’s soon-to-be-published report "Masculinity & Modernity – investigating the men of Britain today", and I hope that we start to see more maturity and intelligence in the ideas and creative that advertisers produce: "Men in Britain today can be whatever sort of man they please, and be admired for it. Modern men, it seems, are much more complex than the media currently suggests."

Commitment-phobia: Millennials want different models of ownership and brands need to keep up