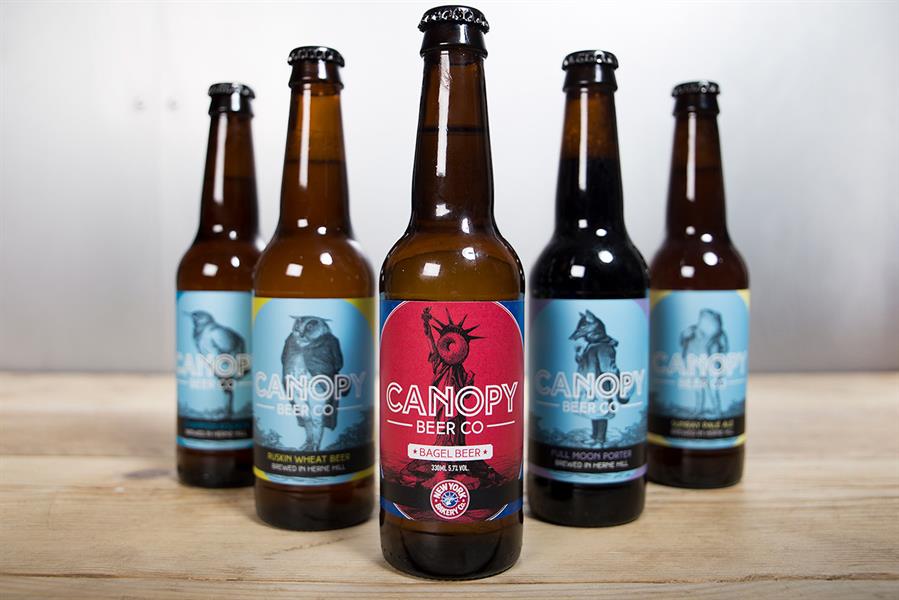 The agency Now partnered with London brewery and tap room Canopy Beer Co. to create the beer, which was made using New York Bakery Co.’s Original bagels lightly toasted and chopped into pieces for brewing. The result is a malty beer with a hint of cinnamon, combining the tastes of London and New York. The bottle features the Statue of Liberty in a nod to the bagel brand’s home.