This is the third quarter running for which Pamco was unable to provide new monthly print audience estimates, because it cannot conduct field interviews during social distancing. Instead, Pamco has coupled the April 2019 to March 2020 quarterly print data with Comscore data for digital audiences in September to produce the below figures.

Overall, news brands' total monthly reach was up 2% to 49 million. Print (using the best available comparison) was down 3% to 25.7 million, while smartphone reach was up 9% to 39 million. 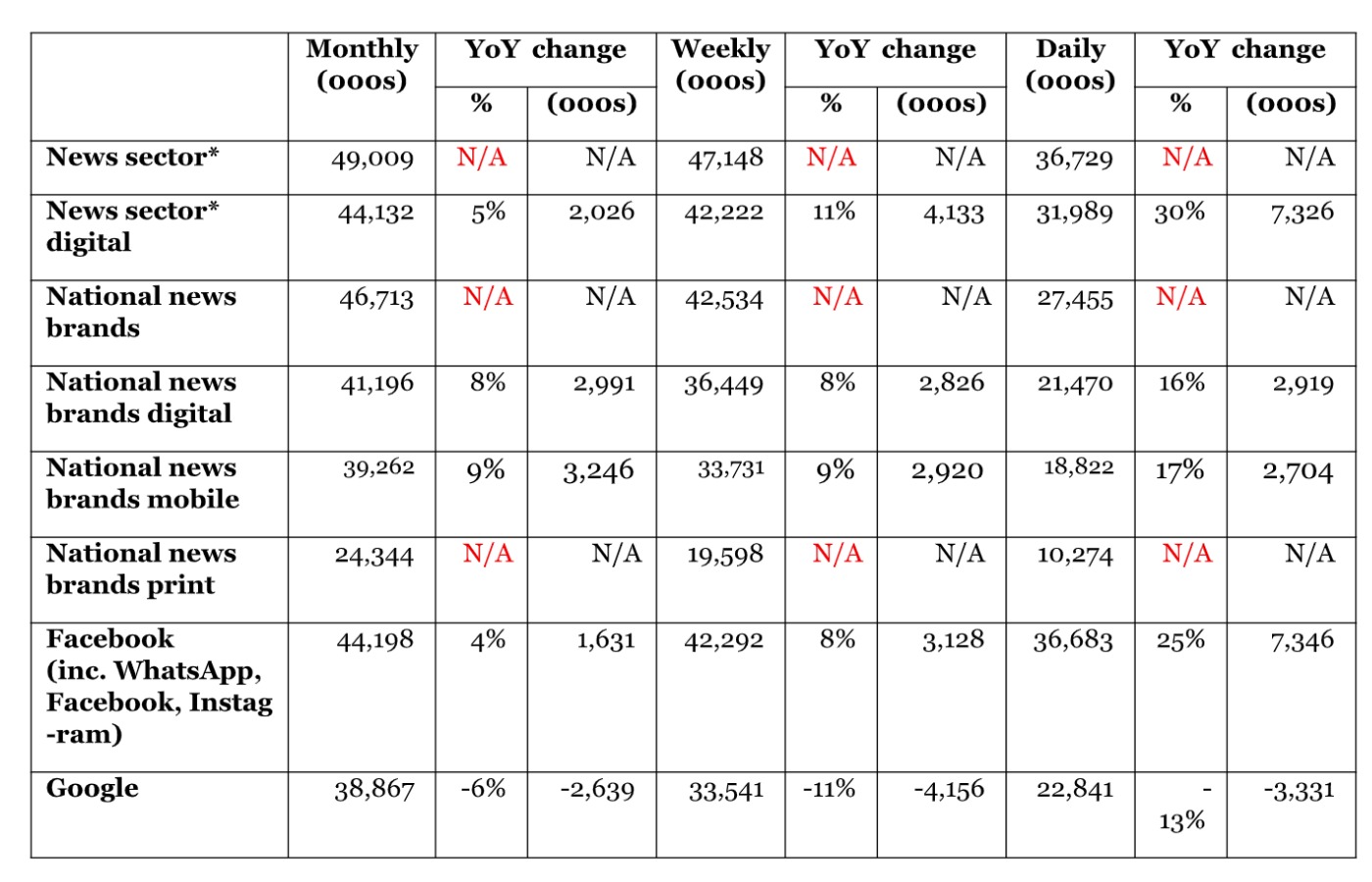 (Table above supplied by Newsworks)

The data also showed the total readership for national daily digital readership has grown to 21 million, with much of that growth being driven by mobile readership. Over the past year, the daily readership of national news brands via mobile devices has increased by 17%.

By individual news brands, the audience data showed a similar picture to last quarter: big annual increases for the vast majority of brands, as the pandemic has precipitated a surge in news readership. However, most news brands are struggling to maintain quarterly growth rates after the initial surge in the spring.

Once again, The Times and Daily Star were the biggest national gainers, while The Herald was the standout regional performer, with a 52% annual increase in total brand reach. Only The Independent and The Telegraph were down year on year of the national newsbrands.

This year News UK launched Times Radio, a spot-free digital radio station, with a stated aim of driving more audience to The Times and The Sunday Times news brands. The Times' total brand reach was up 81% year on year to 16.6 million, the Pamco figures show. Both titles publish online content from behind a paywall.

“This positive trend has been consistent throughout the year and once again demonstrates the nation’s appetite for trusted, accurate and reliable news sources throughout the pandemic.”

Condé Nast's Vanity Fair (up 61% to 1.9 million) and Hearst's Good Housekeeping (up 51% to 3.4 million) were the best total brand reach climbers on a year-on-year basis.

Has Times Radio fulfilled its promise of a commercial Radio 4?

The Sun's total audience up 27% year on year