The Times and The Sunday Times are turning Westminster Underground station into a jungle as part of their "Politics. Tamed" campaign.

The second iteration of the campaign – created by Pulse Creative London, the in-house agency of the newspapers' publisher, News UK – continues to show parliament's "increasingly raucous state of politics". It encourages people to turn to The Times and The Sunday Times to help decipher what is going on.

The out-of-home work features a gorilla as its main character, with the lion and unicorn from the newspapers' masthead – as in the previous instalment – bringing order to the jungle.

As part of the campaign, Westminster station will be renamed Westminster Jungle, with vines surrounding the outside of the station. The roundels will also be rebranded.

Official audio announcements at the station will also be changed, such as: "Mind the gap and always stand behind the yellow line. Toe the party line in the political jungle." 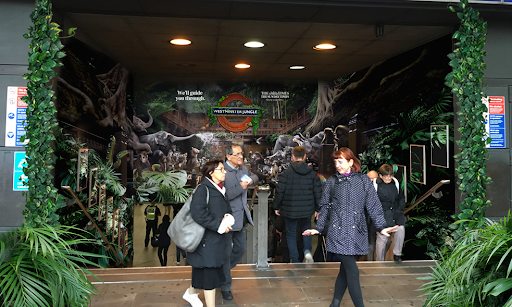 Lynne Fraser, head of brand and campaigns at The Times and The Sunday Times, said: "This activity has taken our political animals out of the zoo and into the jungle – something that we feel represents the shift in the political landscape since we launched the campaign six months ago.

"Reflecting the mood of the nation in a refreshing way, we want to reach out to audiences and reassure them that The Times and The Sunday Times are here to guide them through."

Will The Athletic give traditional sports titles a run for their money?

The Times and The Sunday Times see digital subscriptions boost

Adwatch: The Sunday Times and The Times reassert themselves as heavyweights