Davies, Founder of Next, Asda's George brand and the M&S Per Una label, dropped out of a dentistry course at Birmingham University to work for Littlewoods. He is currently launching his latest fashion venture, FG4, in the UK. 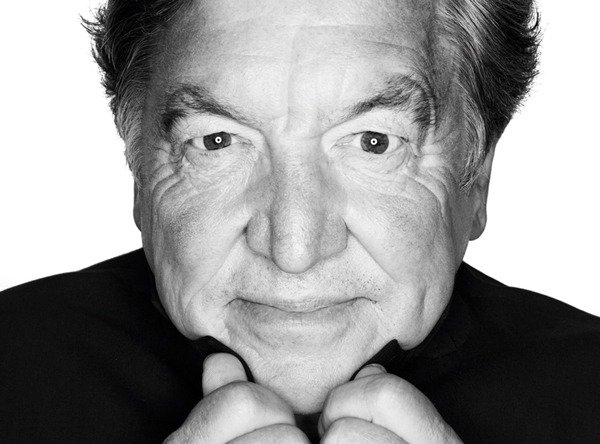 George Davies is founder of Next, Asda's George brand and the Marks & Spencer Per Una label. He is currently launching his latest fashion venture, FG4.

Find a hobby, not just a job.

As a boy, I was a very good football player and it became my whole focus. However, my mother was very dominant and got me an interview at Birmingham University to do dentistry. I went, but decided that it wasn’t for me, so I wrote to Littlewoods and they offered me a job. I immediately found that this was what I wanted to do and the net result is that I found another hobby, rather than a job. And I always say to students when I lecture – don’t worry about the money, just make sure you’re going to do something that you enjoy and the rest will follow.

I think that people have it a bit soft today. I remember I was picked for an England XI and asked my boss at Littlewoods whether I could get off at 4pm to play. He said no. When I asked why, he said: "Because you don’t finish until six." Littlewoods was tough on me but that was a good experience.

Let what motivates you drive you.

People such as me, who are into sport, want to play for a team and they want to win. I see that motivation in everything I do. If the product that you are developing sells well, you’ve scored a goal. If it doesn’t, you must train harder and work out. And that’s what drives me and that’s why I’m still doing this now. I need to be doing something. I’m always trying to achieve things. Not for the reasons people think – making a lot of money – but because I need to do it. It’s about fulfilling your ambitions.

Learn from your mistakes and be positive.

I have made quite a few mistakes, but my view is that you learn more from adversity than you do from success. That’s a really important lesson. I adore learning and I have learned so much over the years.

Negativity destroys creativity. When you start to think negatively, the creative part of your brain gets dampened. We all have the occasional negative thought, but you have to get rid of it.

I don’t have an office and I never call anywhere ‘head office’, because the minute you say that it suggests ‘headmaster’. I call it a ‘nerve centre’. I never say someone works for me, I say they work with me. And I enjoy the fact that nobody in my life has called me Mr Davies. At Per Una I always used to go into the stores on my own and give my team members a kiss on both cheeks.

If the only way you can run a business is through fear, you will never get the best out of people. Everybody has to be able to say what they want to say. At Next, I wouldn’t go in and just be with other directors. I’d go in with everybody else and sit and talk to them. You can have a management structure, but the person who joined yesterday must be every bit as important as the person who joined 10 years ago.

Put your brand in the community.

When it comes to clothing, it really is a touchy-feely thing. I don’t want to design clothes that people will wear for a day. You have to learn what the customers in an area really like. So [with FG4], I’m trying to make it more community-based. Launching in schools [via pop-up shops] has allowed me to test it and the response has been every bit as good as I hoped. But I don’t think anyone in London will understand it.

Don’t do the same as everybody else.

If you look at all the brands that I’ve developed – and they have sold something like £79bn-worth of products – I have never run them from a city. Per Una was built here in Moreton-in-Marsh, Next was built outside Leicester, George was built in Lutterworth. It’s not that I don’t like going to London, but it is a different world. What happens in London is totally different from what happens in the rest of the country. Also, I can go to a pub here and nobody will have a clue who I am.

'If marketers aren't taking ownership of the creative process, they should be'

Watch: how data, technology and customers are changing marketing as a sector

Why it's time to reinvent the airport experience