The era of the truly smart house is only a few clicks away from becoming a reality, writes Mark Wilson.

Our homes are called many things – cosy, characterful, charming – but rarely are they lauded as "smart". So removed are our dwellings from the internet’s astonishing advances that daily life in 2014 can feel like a form of time travel: one minute hailing a taxi using a smartphone, the next using a metal implement to open the front door.

The reasons are many. Leaving aside the possibility that many consumers are happy for the internet’s reach to end at their computers, it was only recently that the vast majority of British households gained access to cyberspace. According to the Office for National Statistics, in 2008 only 65% of homes in Great Britain had internet access, a figure that eventually rose to 83% by the end of 2013.

Combine this relatively slow rise in internet adoption with outdated housebuilding methods and it’s easy to see why our utilities, appliances and domestic tech still feel like a jumble of disconnected nodes. But with broadband speeds steadily increasing, the foundation stone for "connected homes" is almost in place and the smart home predicted by sci-fi is ready to become a belated reality.

Though 2014 feels like its boom year, the truly connected home is likely to develop in three phases. The first – happening already, thanks to falling hardware and sensor costs – will be a proliferation of connected appliances and services. The next – in development, but not quite consumer-ready – will bring the emergence of a home "nervous system" allowing devices to connect and communicate. Lastly, a home "autopilot" could feed into a city’s smart network to revolutionise energy efficiency.

Though this final phase is likely to be years away, the first steps toward it are being taken. Four categories of systems can be connected in a home: lighting, energy, security and health. Unfortunately, most share one characteristic: proprietary platforms, or a tendency to work in silos.

Philips’ Hue lighting system, which connects wi-fi-enabled bulbs, the colour and brightness of which can be controlled by a smartphone app, partly counters this trend by working with a web service called If This Then That.

This "internet glue" lets you trigger actions between web services – for example, combining Apple’s weather app with Gmail to send you an automated email if rain is likely the following day. Interestingly, Hue brings this internet flexibility into the physical world by flashing your lights when you get an email from an important contact, for example, or when your team scores a goal.

Homes could reduce the overall price of energy for bill-payers
and the environment.

Clever though the system is, it’s difficult to label Hue as anything but a luxury. Not all connected home devices are solely for gadget tinkerers, though.

Nonetheless, the question lingers as to whether privacy fears will undermine their development. Sally Applin, member of the think tank the Internet of Things Council, believes that these fears might be overcome. "If people find a particular automation makes their lives easier, they may, as they do with credit cards, make the trade-off of privacy for those benefits," she says. 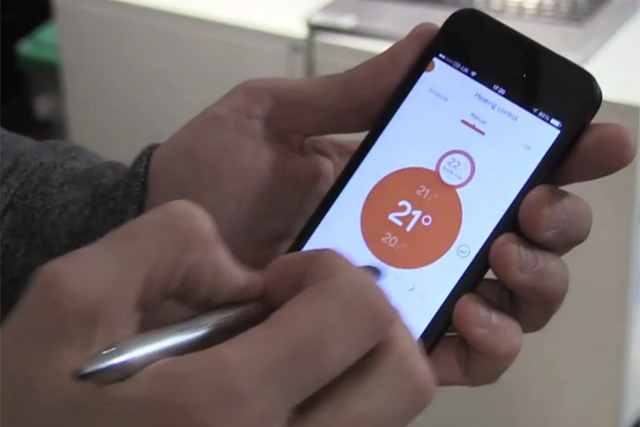 Such privacy concerns could put established and nascent brands with little internet "baggage" at an advantage. Both British Gas’ Hive system and the German start-up Tado offer alternatives to Nest (recently snapped up by Google) and its thermostat in Europe. They share an ability to let you remotely control air and hot water temperature via a smartphone app, with Tado going a step further and tweaking the temperature when it senses the user leaving or approaching the house.

"As the main consumer of energy in private households, heating has to receive the strongest attention," says Leopold von Bismarck, CMO of Tado. "Heating and cooling of buildings accounts for more than a third of global energy consumption."

And that piece of metal we still use to lock doors? It’s been earmarked for a 21st-century overhaul by the August Smart Lock, currently limited to the US. It enables you to send "invitations" to friends or visitors through an app, who can then open the door with their smartphone. Your old key simply becomes an emergency back-up.

Similar innovation is happening in the health sector. Withings, a global forerunner in connected health, recently launched its Aura system for improving sleep. A sensor pad sits beneath the user’s mattress and monitors body movements, breathing and heart rate, while a bedside device sends the user into or brings them out of slumber with a mix of sound and light that reflects their circadian rhythm.

In the kitchen, Whirlpool’s Smart Appliances allow people to check on their fridge, dishwasher or washing machine via a smartphone app. In the garden, the imminent PlantLink and HarvestGeek systems can monitor and water plants, while the smartphone-controlled Robomow trims the lawn. 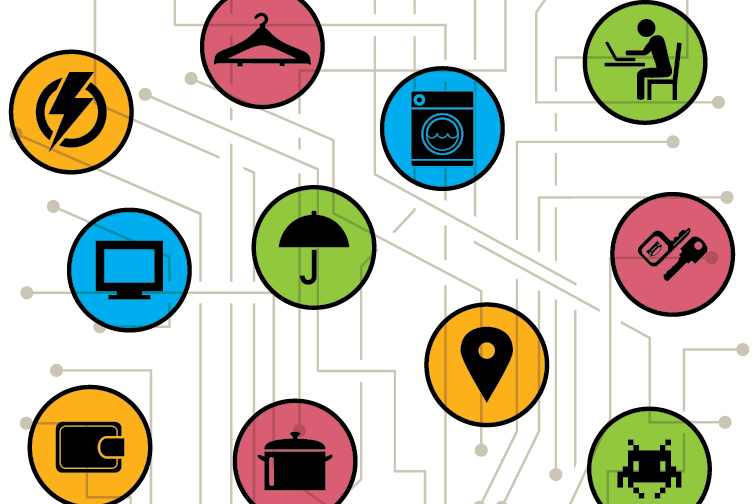 Nonetheless, one crucial piece of the picture is still missing: a single conductor to unify this orchestra of things. Former Apple executive Jean-Louis Gassée has described it as "the basket of remotes problem", and, for all the consumer reservations about security and privacy issues in a connected home, the challenge is a technological one.

This is because connected home products all talk in different wireless languages. In fact, many of the nodes aren’t directly connected to the internet at all, using wireless protocols such as ZigBee and Z-Wave to talk to a central wi-fi hub. Tech companies are tackling this in two ways: creating hubs that can translate all these languages to give control via one app, and backing an open language that could become the HTTP for the internet of things. The first solution is being pushed by US companies SmartThings and Revolv, which sell home hubs that translate the wireless chatter of multiple devices and process it in the cloud.

However, the biggest push to solving the "language" conundrum is coming from the AllSeen Alliance, a non-profit consortium dedicated to creating an open framework for the internet of things. Based on the chipmaker Qualcomm’s AllJoyn tech, which connects products regardless of their platform or wireless language, it has 35 members, including LG, Panasonic and HTC.

"We see AllJoyn as complementary to solutions such as SmartThings and Revolv," says AllSeen Alliance chairman Liat Ben-Zur. "Those are smart hubs, which do much of the translation between different physical layers and products, so they can work with one another. The power of AllJoyn lies in the concept of physical devices describing their capabilities via standard interfaces. Once devices can discover what other devices are nearby and what capabilities and resources are available, the possibilities are endless."

Yet even a smartphone app for home systems could soon seem dated. Start-up Ninja Blocks is working on Ninja Sphere, a platform that creates a real-time 3D model of your house to let you control devices with a wave of your hand. It could help users find tagged items such as wallets or turn off appliances.

"Current internet of things hubs are essentially ‘dumb’ pipes to the cloud, whereas the Sphere is a full computer system operating in your home," says Ninja Blocks chief executive Daniel Friedman. "Simple If This Then That automation will not suffice. Consumers will demand more natural ways to control their environment, as well as more intelligence and inter-operability."

Microsoft’s Xbox One and Kinect sensor promise similar innovation in relation to voice. "The Kinect can detect minute bits of audio," says Luke Hamilton, creative director of digital agency Razorfish, which is on the advisory council for the Kinect for Windows team. "The idea of natural language has been around for years, but we’re just getting to the point where we can measure intent. Then it becomes much more than a gaming device; it can help you manage your house."

Yet smart house management remains small fry in the context of the grand vision for connected homes. Plugged in to a national digital grid, homes could share data with local authorities.

"The opportunity is not only to deliver convenience to a home’s occupants in the form of remote control and automation, but also drive efficiencies in the electricity grid," says David Boundy, director of the SAP and Intel Collaboratory, a research lab set up by German software company SAP and Intel. "Homes could collaboratively optimise their energy consumption to relieve local grid constraints, maximise the use of renewable energy and reduce the overall price of energy for bill-payers and the environment."

The potential obstacles are many, not least in relation to privacy. In February, Intel conducted a survey asking a sample of US citizens whether, if in 10 years’ time the buildings, transportation and services of their city were connected to the internet, they would want their home connected, too. Only 38% of respondents said yes. Yet when benefits such as reducing water and energy consumption were explained, the figure rose to 61%.

Before sensor-drenched homes and cities can curb energy waste, there is one more big problem: how to power the sensors without needing to replace their batteries. The solution could be wireless electricity. The US company WiTricity has been perfecting its wireless "resonant" power since 2007, and has signed a licensing deal with Toyota that suggests it might have a solution.

If there’s one thing the internet has empowered us to do, it’s solve problems.

Marketing's greatest frenemy: Why the internet of things will not be welcomed by everyone

Meet Kevin Ashton, the man behind the internet of things

What the internet of things means for marketers

Claire Beale: Forget the dizzying possibilities, and offer something useful to consumers

How to... know everything there is to know about the internet of things