Nick Waters, the former Dentsu Aegis Network executive, has been named group chief executive of media audit and measurement consultancy Ebiquity. Waters' appointment, which includes a seat on Ebiquity's board as an executive director, will begin on 1 July.

Ebiquity was a top competitor to Accenture's media auditing practice until the latter closed in February amid conflict-of-interest questions. Ebiquity, which as part of its advisory services runs media reviews and has a conflict compliance arm, has seen a deterioration in its share price over the past five years as client needs evolve. 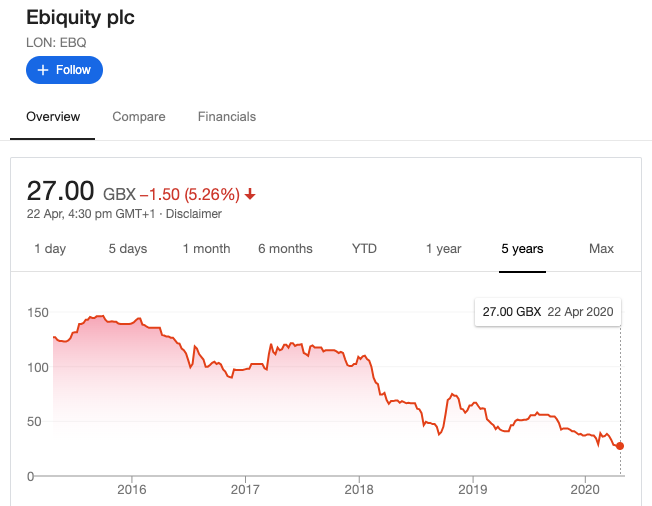 With decades of leadership experience in media agency networks, Waters knows the landscape well. He worked at Dentsu Aegis for a decade, most recently as UK and Ireland executive chairman, until his departure in December 2019. For nine years, he served as Dentsu Aegis' Asia-Pacific chief executive.

Before Dentsu Aegis, Waters held senior roles at Mindshare for more than 10 years, including as EMEA chief executive, having also led the Asia-Pacific and south-east Asia operations.

In a release, Waters said: "Ebiquity has built a market-leading position with a highly attractive proposition for global brands and advertisers. I look forward to joining the company and driving the business forward through the next phase of its growth journey."

Ebiquity chairman Rob Woodward added: "Nick has an outstanding track record of leading global media and marketing businesses, which will greatly benefit Ebiquity. He is an excellent addition to our executive team and brings a wealth of knowledge and experience in the media sector. The appointment of such a high-calibre executive is a testament to the strength of the business and the growth opportunity ahead."