Campaign, which took over England's 1,000th match, was created by Wonderhood Studios.

Nike’s latest campaign celebrates the 93 black players who have changed the face of English football.

The Uefa Euro 2020 qualifier against Montenegro tonight (14 November) was the English men’s national team’s 1,000th match. In that time, 1,244 footballers have played for England, but only 93 have been black. The first was Viv Anderson in 1978 and the most recent is Tyrone Mings, who made his debut earlier this year.

With "And all who follow", created by Wonderhood Studios, Nike is honouring those 93 men with portraits and numbers for each player. The portraits were displayed outside and inside Wembley Stadium on the day of the match, with large digital posters greeting fans along Wembley Way and on the matchday programme and Jumbotron scoreboard. During the game, perimeter boards displayed the players’ names in the same minute as their order in the sequence of 93 players – for example, Anderson’s image appeared during the first minute. 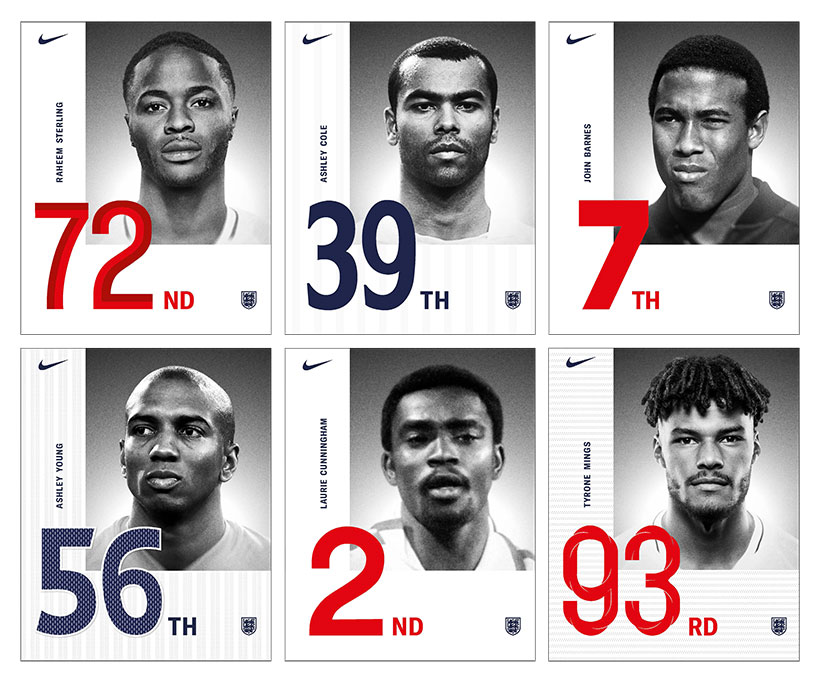 The timing of the takeover was also significant because the last match between the two teams, in March, was marred by racist abuse.

Following the game, an ad showing Anderson passing the ball to Mings will run across press, digital out-of-home and social media. The illustration shows how the 93 men have inspired generations of black players to aspire to play for England. 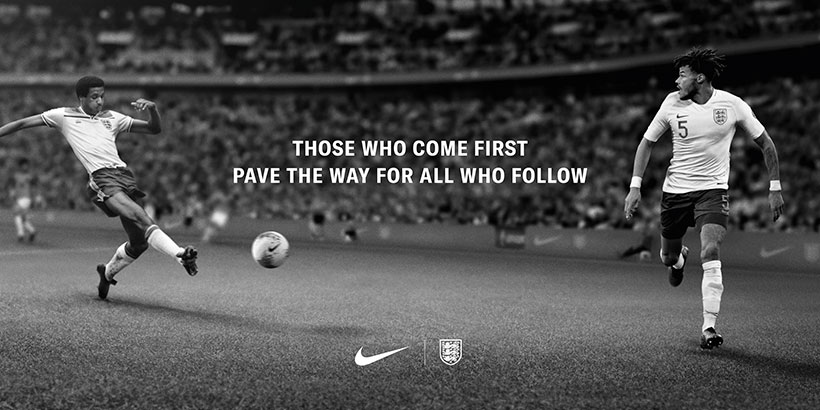