More brands need to come on board, Manal Rostom said.

Manal Rostom, who founded Facebook group Surviving Hijab, told the Wacl Gather conference in London yesterday (23 May) that she called out Nike in 2014 for not featuring "any women that looked like us".

She said: "The women looked hot in shorts with a ponytail bobbing side to side. There was no representation of Muslim women, so I emailed them."

Since sending the email, Nike has released performance headwear – which she modelled – in an attempt to normalise depictions of women wearing hijabs in sports. 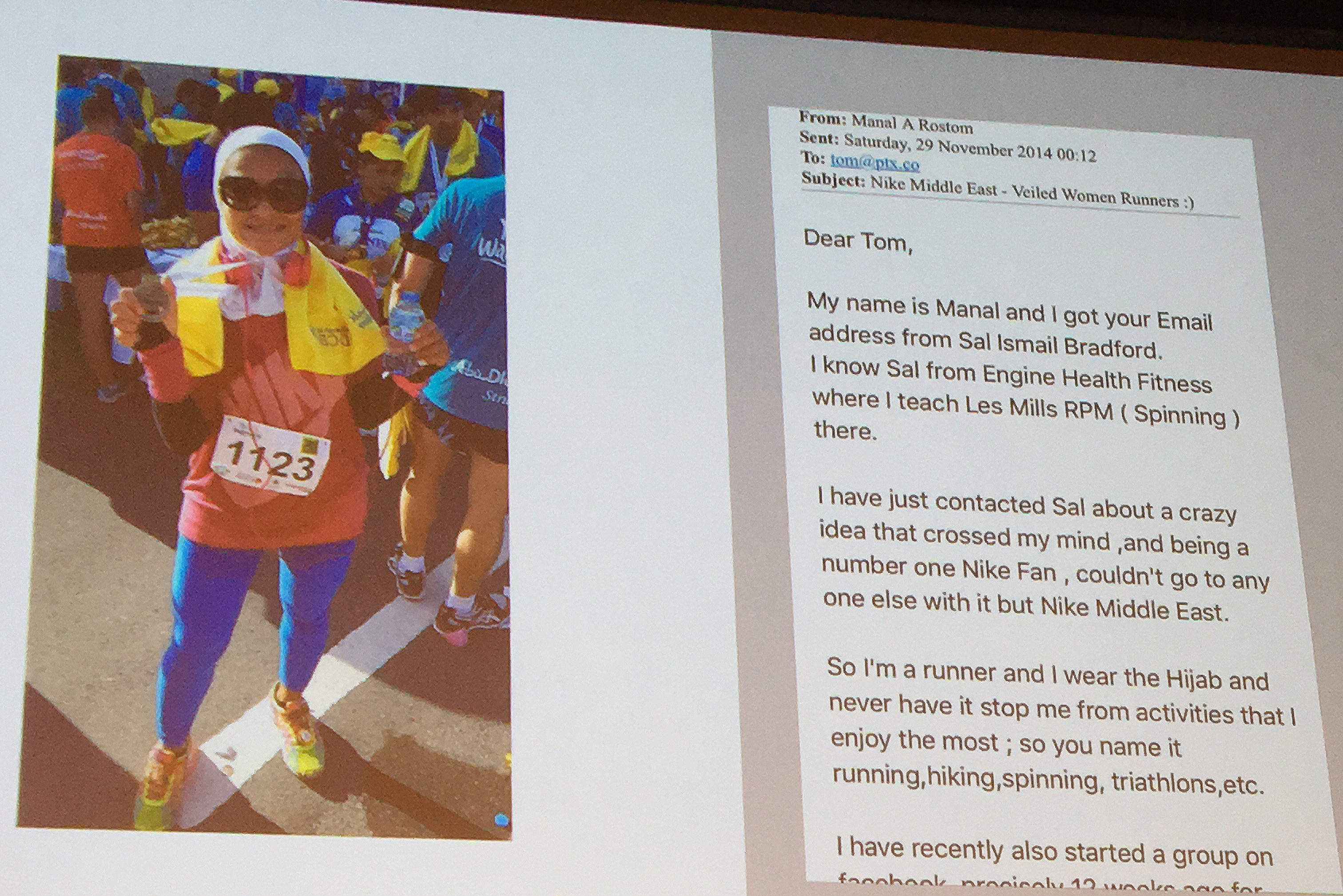 Rostom explained that "even competitors" are slowly embracing diversity and driving change, highlighting Adidas, Apple, H&M and Gap for their latest efforts.

"I think we are doing great, but we need more brands to come on board so that we aren't having this conversation any more," Rostom said. "We need to stop turning heads on the street. We still have so much work to do to switch the narrative around the world.

"I’m sorry but if you bump into my hijab, what's going to happen? It’s not going to explode, it’s not going to bomb the room. So I really feel like there needs to be an open conversation, with sports federations, about how people can really embrace all faiths and cultures to embrace all athletes."

Rostom added that sports organisations also need to better cater to Muslim women: "I feel like all these federations and sports authorities need to have an open conversation about what can they do to welcome more faith into sport."

Also speaking at the event was trans activist Charlie Craggs, who echoed the lack of representation of the diversity of women. She said: "It wasn’t until I saw Nadia [Almada] on Big Brother that I saw myself in the media and thought: 'That’s me.'

"I only saw trans being laughed at on Jeremy Kyle or dead on the news. We were punchlines or punching bags."

Wacl votes for 'significant change' in its declared mission

Wacl Future Leaders: You are your biggest investment