Nils Leonard, the former chairman and chief creative officer of Grey London, has launched a coffee brand that aims to shake up the coffee capsule market.

Halo, which launches today, is a new type of coffee capsule that is both fully biodegradable but also contains some of the world’s best coffee, including the rare Kopi Luwak Diamond beans – the first time it has been available in capsule form.

The capsules, which are compatible with Nespresso coffee machines, are made from natural fibres including bamboo and paper that can be thrown in the home food bin and will biodegrade within 90 days.

The company’s mission is to offer an eco-friendly alternative to the existing aluminium and plastic capsules, which can take up to 200 years to biodegrade.

The product will be available to buy from the company’s website (£10 for a pack of 10) and is also being used by luxury hotel brands.

"The original capsule coffees were a triumph of design, placing espresso quality coffee in your home. But they forgot about the planet, leading to millions of tonnes of waste," said Leonard. "We want to set a new standard for coffee capsules and in a year we will have forced the industry to change," he added. 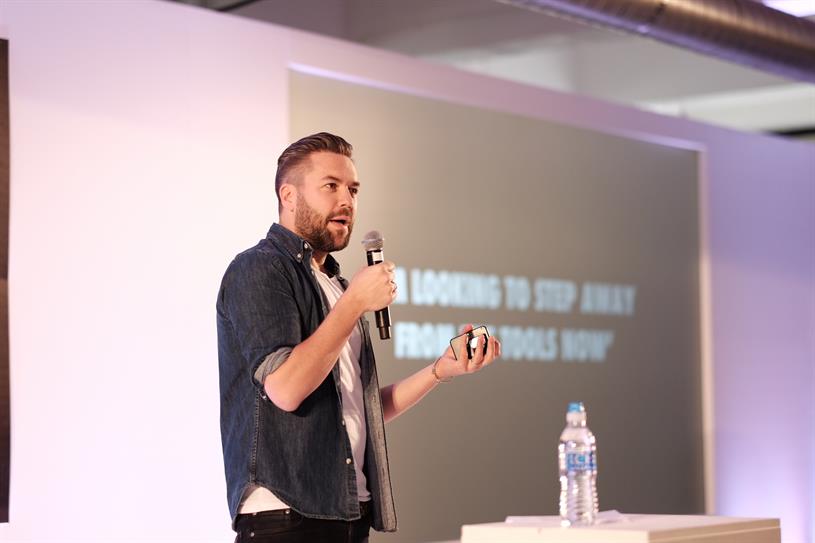 The team behind Halo are Leonard (above), the UK Barista Championship judge Richard Hardwick, brewer David Foster and the former director of Nespresso, Andrew Richardson. The capsule was developed with roasters Antica Tostatura Triestina.

To launch the brand and spark a debate about the amount of waste generated by existing coffee capsules, Halo has worked with the creative partnerships team at JCDecaux to take over a digital poster site at Euston station.

From 9am this morning, the screen at Euston will repeatedly fill up with 13,500 capsules – the number of capsules that are currently sent to landfill each minute. The film has been created with Stink Studios.

The campaign will also include a digital landfill website where people can delve deeper into the issues and watch a launch film.

Hardwick said: "The coffee revolution has happened and one of the key challenges the industry now faces is the millions of tonnes of waste created by the capsule coffee category.

"Aluminium and plastic coffee capsules are very difficult to recycle so most of them end up in the bin and that’s why up to 75% are currently being sent to landfill every minute. Most people don’t understand the irreversible damage these coffee capsules are inflicting on the planet."

Don't give marketers all your ideas, Leonard says

Secrets to a steady (client-agency) relationship

What a time for Grexit

The great Grey breakaway and the joy of risk-taking