The car brand put together a video featuring the sprinter’s parents, Wellesley and Jennifer, and set up a Facebook event inviting fans across the world to wish Bolt a happy birthday. 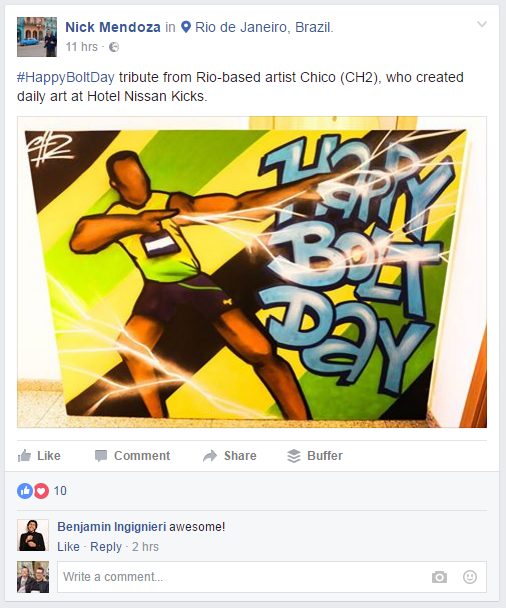 A spokesman for Nissan said: "Usain Bolt has been pushing the limits and daring to go further his whole career. We wanted to celebrate this special moment in time and find a way to thank Usain for everything he has done for his fans over the last eight years."

Bolt himself was photographed in a somewhat compromising position after a night on the town in Rio, following the closing ceremony.

Last week, Nissan released the second episode of video series "Bolt vs flame", in which the sprinter is seen going head-to-head with fire itself.

What can Usain Bolt teach marketers about performance?