Claire Hilton, managing director, brand & insight at Barclays, tells how the brand's changing strategy is part of what made her jump at the chance to be a judge at this year's YouTube Works awards 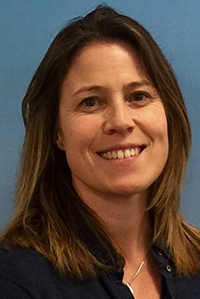 My relationship with YouTube is best described as, well…varied. At home, it equates to watching a continuous loop of "how to remove glittery, gloopy, slime-like substances from carpets" while trying to understand why our shaving foam purchases have trebled in the last few months.

At work, it has been an ongoing (and sometimes frustrating) challenge of how we can crack the nirvana formula of creating an impactful, viral piece of online content which taps into a cultural reference and makes people take action as well as think differently about our brand.

No surprise, then, that I jumped at the chance to be part of the judging panel for the YouTube Works awards, compelled to learn from others.

There is no question that video is powerful for building brands and delivering profitable ROI in the short term. We all know it. Byron Sharp, Binet & Field and a whole host of other very clever dudes will verify this.

Video watching has changed, even since last summer

We also know the way audiences consume video content is changing. Linear TV, which features heavily in our plans, is still really important and after some audience declines, may level off in years to come.

But consumption is shifting in part to subscription video-on-demand (VOD), broadcaster video-on-demand (BVOD) and YouTube - and the rate at which this is happening has increased since summer 2018.

At the same time, we know that adding YouTube to our AV plans for some of our mass-reach campaigns adds significant incremental coverage (5%+) overall and for under-50 year-old audiences, it is even greater. If we’re looking to target the youngest audience groups, it is almost an imperative.

And of course, media fragmentation just adds to the pressure on attention. Enough has been written about the attention deficit caused by sensory overload so I won’t bang on about it again here. The simple truth is that you can’t have impact without gaining attention. And because attention is a scarce commodity, brands need to work harder to catch the eye of consumers.

Which all adds up to why it is essential that we marketers upskill ourselves and become online video ninjas, adept at testing, measuring and driving our brands to new creative heights. Most importantly, we need to be able to demonstrate their effectiveness against clearly defined and quantifiable targets.

Reviewing last year’s winners of the YouTube Works awards, I hoovered up the key learnings from each paper.

Here are my three take-outs:

1. Be part of or, even better, create the cultural narrative
I loved the Libresse/Bodyform (Best UK Cultural Impact) campaign for challenging the accepted norms in how we talk about periods and creating one of those scratch-your-head, "Why do we still speak or think in this way?" moments. It was brave, bold and timely (maybe overdue but no one else had done it). Most importantly, it caused a global discussion which will hopefully change the perception of something which really shouldn’t cause social discomfort in the 21st century.

2. Think film…and beyond
Hostelworld’s translation tool in its app was a moment of genius in terms of audience engagement. Partnering with Google, it embedded a relevant, useful feature into its app which both brought in new audiences who may be converted down the line or just made the brand even more appealing to existing customers. Utility always wins, hands down.

3. It’s all about the results, stupid
Unsurprisingly, all the winners were able to articulate impressive, quantifiable results, building brand as well as short term commercial results. Tesco reaping an average £2 of profit for every £1 it invested, for example. Or Robinsons’ Old Tom lifting sales by 81% year on year.

A great example of making a real difference to lives.

YouTube Works, run in partnership with the APG and Campaign, closes for entries on the 8 March. Find out more and enter here.

Celebrating ingenious use of online video

Celebrating ingenious use of online video

Five reasons why strategists will be excited by YouTube Works

YouTube can still be a force for good for brands