A number of suspects today appear before the court of public opinion charged with crimes against comedy. Who of those taking the stand are guilty of perverting the course of amusing advertising? Paul Burke gives his verdict.

Whenever we create a commercial, we’re asking people to either buy something or do something. But, in return, we’re supposed to wrap this request in an engaging mini-piece of comedy or drama. If an ad’s purpose is to warn against smoking, stabbing or speeding, then drama can be very powerful. But for the majority of messages, comedy is a far better and more popular device. At least, it was.

Over the past few years, we’ve failed to keep our side of the bargain. We’re no longer giving viewers the chance to complete our commercials. Because, by laughing, that’s what they do: They actively contribute to an ad’s success. British people love a laugh, often finding humor where other cultures would fail to find sense. So why are we denying them the pleasure they’ve always enjoyed? Who’s responsible? Enter the courtroom and take your seat in the gallery. It’s time to haul the suspects into the dock.

The obvious culprit. But a client erring on the side of caution is like a pope erring on the side of Catholicism. Their weakness for safe and humorless commercials is nothing new. Though what’s changed—literally beyond recognition—is their vocabulary. We’ve all had to suffer idiotic brand managers who can’t seem to use the right word in the right context: They’ll say "align" when they mean "agree," "unpack" when they mean "explain" and put the word "point" on the end of price. Which—oh, the irony—is completely pointless. And as for "In a vendor-agnostic space, we’ve bucketized opportunities to deliver 360-degree solutions against key objectives"—that sentence should carry a custodial one. Trying to do business with people who can’t communicate properly is a huge problem. Or, as they’d no doubt put it, a huge "challenge." This sort of gobbledygook has spread like a linguistic leukaemia, slowly killing the vital cells of clarity that keep our industry alive. It may not be swearing but it’s very, very bad language.

Even the best clients can find themselves constrained by "legal" or "compliance" or whatever these useless nitwits like to call themselves. Advertising is a self-regulating industry, bound by stringent rules. So there is absolutely no requirement for clients to have "legal teams." Most of them aren’t even lawyers, which is why their counsel is largely worthless and very often wrong. In most cases, no law will be broken if that counsel is ignored, so the term "legal" should actually be illegal. However, it’s the ones who really are lawyers who deserve our pity. Imagine the sense of self-loathing they must feel every time they go to work. At law school, they’d had grand dreams of striding into the Old Bailey to defend the weak and prosecute the powerful. Instead, they’ve been reduced to reminding shoppers that those half-price toilet rolls are "subject to availability." 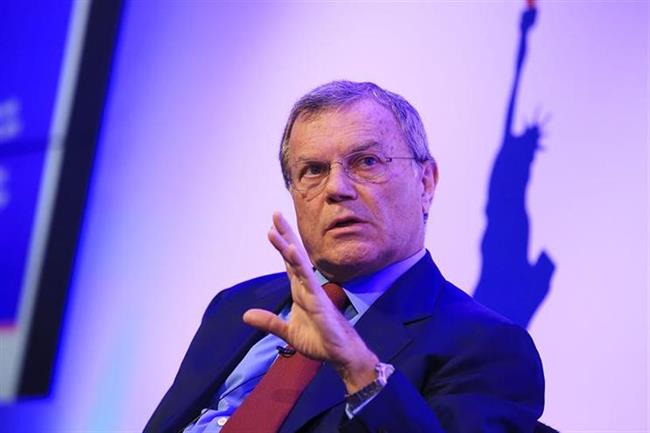 Not Sir Martin himself but what he’s seen to represent: Namely, the bean-counting, belt-tightening takeover of a once vibrant and creative industry. The fun and the funds have certainly been drained out of many agencies in a relentless obsession with the bottom line. And this obsession has made those agencies less willing to stand up to clients for fear of affecting their revenue. I don’t know whether it’s fair to blame one man for an industry-wide issue but I do know this: My old friend Simon Burridge, then a senior suit at J. Walter Thompson, was having lunch with the famously diminutive Sir Martin. He emailed to say he was running late but, instead of writing "See you shortly," he typed "See you shorty." Now that would have made a very funny commercial. Just add the sound of Simon striking a match and the endline: "Happiness is a cigar called Hamlet." 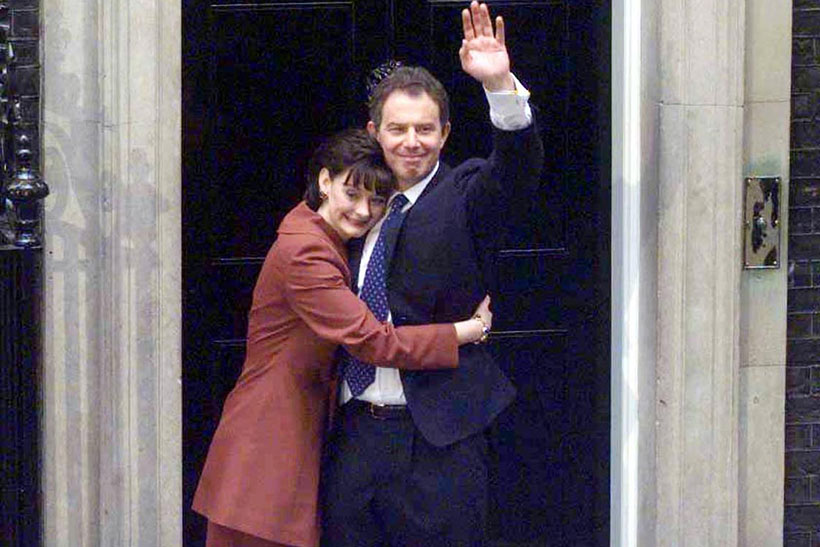 You’d now need to be over 40 to have entered the workplace before Tony Blair (pictured, opposite page) entered No. 10. But if you did, you’ll remember what it was like before then. Before a joyless raft of regulations was gradually enforced to control employees’ words and deeds. Before "Personnel" was renamed "HR" with a brief, it often seems, to punish people rather than help them. Before the continual use of the word "inappropriate" was deployed to crush the merest modicum of mischief. No-one’s suggesting a return to those fabled afternoons spent snorting gak from a PA’s cleavage. Though, trust me, that sort of malarkey was not as rife as legend would have you believe. But if a working environment appears to discourage freedom of expression, what do you think’s going to happen to the work?

No, not that one. But the uneasy alliance formed across a European network to run one dreadful ad in all member states. The sort of abomination that features a left-hand-drive car shot in bright candy colors with artificially joyous people driving along to a cheesy "upbeat" track. Devoid of dialogue, nuance or humor, it’s invariably the result of much cross-border squabbling. Because what works in Spain or Greece doesn’t necessarily work in Britain or France. One size does not fit all but, to make sure it does, the work is dumbed right down so that everyone in every country can understand it. The fact that no one will like or remember it is neither here nor there—all markets are "aligned." But wouldn’t it be interesting to know how many people voted for Brexit because they once worked on a hideous piece of pan-European business? 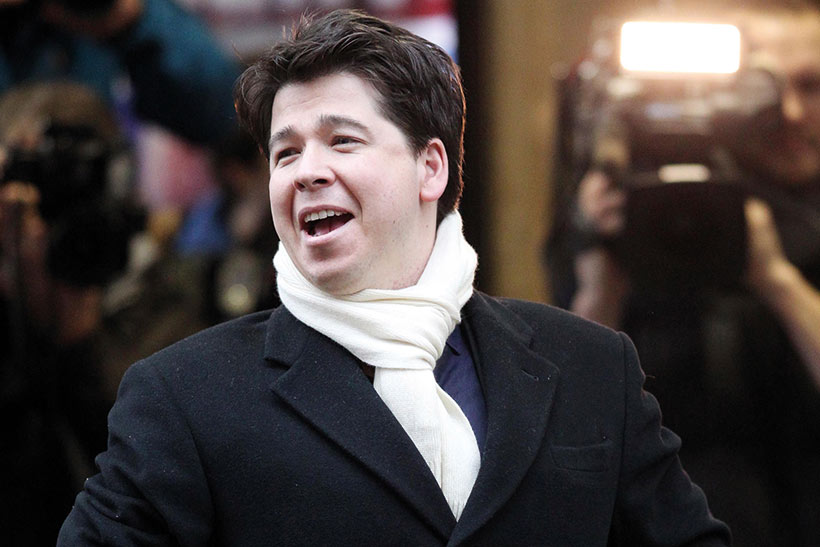 The word "comedy" is now preceded by "stand-up" rather than "situation." Shame, because great sitcoms were always the inspiration for anyone aspiring to write great TV ads. There was much to be learned from the writing, the set-ups, characterizations and punchlines. There was also the chance to work with the skilled comedy actors who appeared in them. But have you ever seen Michael McIntyre (pictured, below right) or John Bishop in a commercial? Of course you haven’t. Why would they want to sell baked beans when they can sell out five nights at The O2?

Our industry is finally sobering up after what amounted to a drunken fling with the D word. But not before we invited an awful lot of "digital natives" back to our place. Many were hired more for their technical proficiency than their writing skills or sense of humor. So that’s bound to be apparent in their work. It makes you wonder whether this happened with every new medium. When billboards first appeared, did agencies immediately hire anyone who knew how to climb a ladder with a broom and a bucket of glue?

They now tend to take one of two forms. In Agency One, the creative department doesn’t physically exist. Departments are all mixed up in vast open-plan hangars. But instead of collaborating freely with their colleagues, many people just plug in their headphones and retreat into silent solipsism. It’s hard to imagine an environment less conducive to creativity. Except perhaps Agency Two. It has a self-consciously "wacky" creative department with all the zany accoutrements: The beanbags, think pods, breakout areas, hot desks and cold feeling of dread whenever you walk into one. The full horror is completed by "inspirational" maxims graffitied on the walls: "Good is the enemy of great," "Believe and achieve,""Creativity is the cure." These always remind me of a far more apposite phrase: "Make me laugh. Don’t tell me you’re funny."

We can make all the excuses we like, and blame all the aforementioned defendants, but the buck has to stop somewhere. The responsibility for commercials not being funny must lie with those who write them. There have always been impediments to producing great work but it’s up to creative teams to overcome them. Their apparent inability to do so is a real cause for concern. Some say that because the advertising industry appears to be less fun—and its ads less funny—that the brightest creative talents are no longer attracted to it. Others say the opposite: It’s because the brightest creative talents are no longer attracted to advertising that it isn’t as much fun and its ads aren’t as funny. Who knows? But, either way, now is the perfect time to stand out and shine by putting humor back into ads. So remember…

Lust, Gluttony, Greed, Sloth, Anger, Envy and Pride. This is a great place to start. Look at that list because at least one of those sins is present in all comedy at all times. Introduce them into a script and the humor will start to flow out. With this as your simple and all-purpose guide, you should be able to write a funny ad for almost any product. But if you still can’t, then, I’m afraid, that is the dead-liest sin of all.

—Paul Burke is a freelance copywriter and novelist

Trust me on this one