Majority thinks market will contract at least 40% in Q2.

The advertising industry is bracing itself for a downturn lasting until at least the start of next year, a Campaign survey has shown. 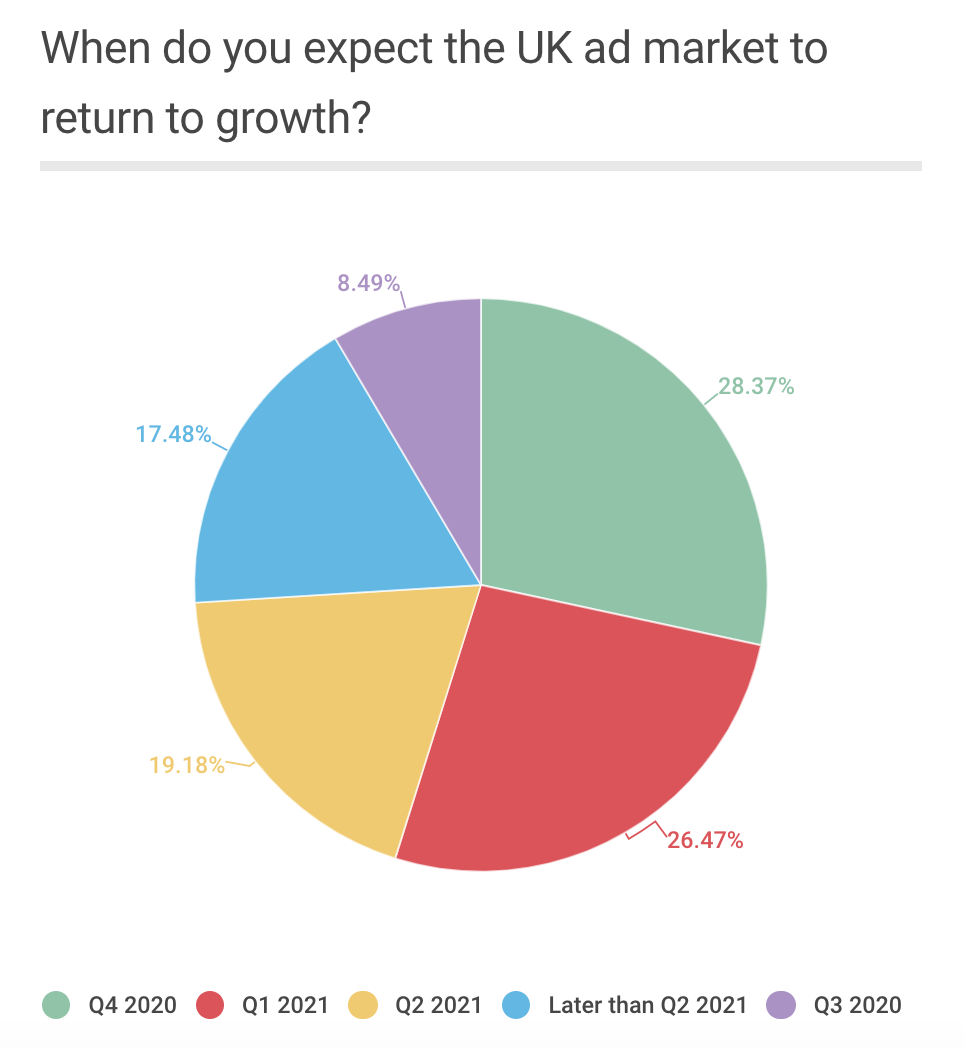 Of more than 1,000 registered users responding to a poll on the Campaign site, almost two-thirds (63.1%) said they did not expect the UK ad market to return to growth this year.

While 26.5% anticipated a bounceback in the first quarter of 2021, 19.2% predicted this in the second quarter and 17.5% thought there would not be a return to growth until the third quarter of next year at the earliest.

A sizeable minority have a more optimistic view of the future, with 28.4% – the biggest single answer – saying they thought the market would rebound in the final quarter of this year.

However, just 8.5% expected a bounceback in the third quarter. 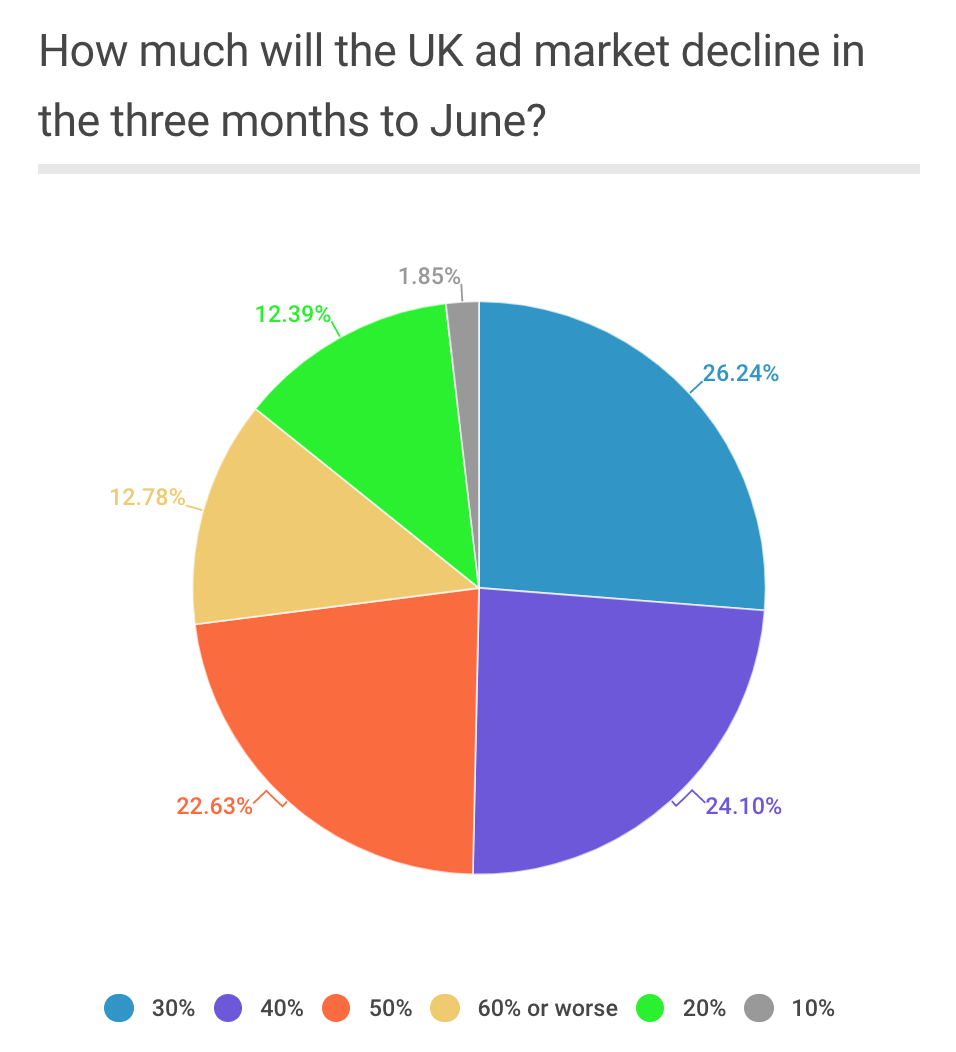 In a separate question, respondents gave a stark view of the immediate impact of the coronavirus pandemic on the ad market, with three in five (59.5%) saying the current quarter, April to June, would see the market contract by at least 40% – with 24.1% estimating a 40% decline, 22.6% saying a 50% drop and 12.8% expecting a brutal hit of at least 60%.

Again, the most common answer to this question was more measured, with 26.2% of participants predicting a 30% decline. That said, only 12.4% forecast a 20% fall and just 1.9% thought the damage would be limited to 10%.

Last week’s IPA Bellwether Report showed that the net balance between the number of marketers reporting rising and falling budgets was at its lowest point since 2009.

Doing their bit in a crisis: M&S, Unilever, eBay and Giffgaff

Google could cut marketing budget 'by half' this year