Agency Mission was tasked with organising a series of events in Beijing, China, to mark the launch of Nokia MixRadio, a free music streaming service, last night (27 March).

In partnership with Nokia MixRadio's event production team, based in Beijing, Mission held a press conference in the afternoon with key media and influencers. Jyrki Rosenberg, vice president of entertainment at Nokia, spoke about MixRadio's launch into China and the background of the service. Guests could also trial the new service at the event.

Rosenberg then introduced singer-songwriter Khalil Fong, who took part in a Q&A, highlighting his partnership with Nokia MixRadio and how they are looking to progress further, as well as creating playlists for the service. DJ Guo Peng acted as the MC for the event. 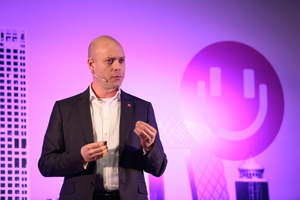 A dinner was then held with the opportunity to use the interactive music videos loaded onto the phones and control their own video mapping.

The launch culminated in a music event at the MOMA art space for 300 guests, with Fong performing exclusive new material alongside two of his recommended artists, Tia Ray and Muma & Third Party.