Pimm's, O2, Guinness and Beats were the brands that proved, in 2015, that advertisers don't need an official sponsorship deal to win big on digital during a major sporting event.

That's according to data from Amobee, and the marketing consultancy assigned a score of 100 to the brand that generated the most interest online around a particular event. All other scores are relative to that benchmark.

Pimm’s was the number one brand associated with Wimbledon, despite not being a partner of the tennis tournament, and was 2.5 points ahead of official sponsor IBM in terms of digital brand engagement, and 80% ahead of Wimbledon partner HSBC (which scored an index of 16.6) 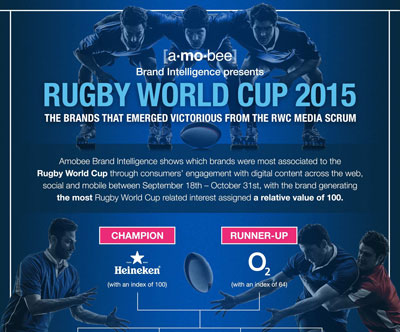 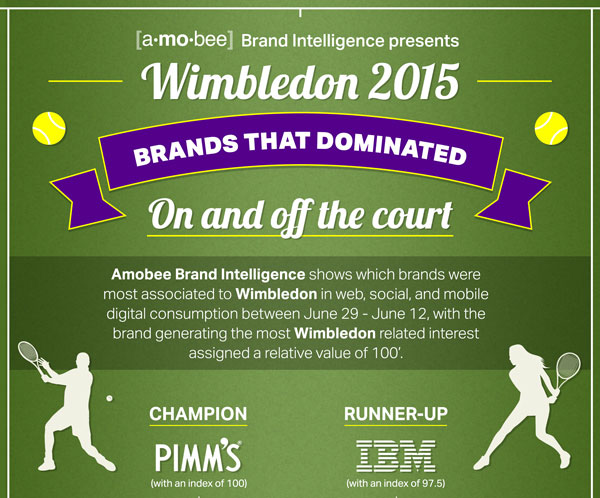 Amobee reckons Pimm’s did so well because Andy Murray’s mother, Judy Murray, tweeted "I love to Pimm. But seriously, what’s with the foliage overdose? #pointless", with a picture of her glass of Pimm’s sporting an overabundance of green garnish. The tweet led to Pimm’s jokingly warning bar staff to "proceed with caution" in adding a sprig of mint.

Meanwhile, of the top five brands associated with September’s and October’s Rugby World Cup, only two were tournament sponsors - Land Rover and Heineken.

While Heineken was the brand with the most digital content engagement during the competition, rival and non-sponsor Guinness scored an index of 63, while other non-tournament sponsors O2 and Beats scored 64 and 49 respectively.

The BBC’s ‘Sports Personality of the Year’ - which last night (20 December) saw Andy Murray awarded the title - will have brands on the look-out for opportunities in 2016, according to Leo Burnett’s Liam Hopkins penning a piece in Marketing.

Lanson Champagne is the drink with best affinity to Wimbledon, research finds