One of the UK's leading sociologists is finding the past is playing a greater role in our future as people live more of their lives in digital spaces.

Is social media breaking apart the bonds of popular culture through which brands communicate with consumers?

David Beer, a professor of sociology at the University of York, has warned that online platforms such as Facebook, Twitter and Snapchat "fragment cultural consumption". In an interview with Campaign to discuss his latest book, The Quirks of Digital Culture, Beer argues that the diversity and volume of online content that people consume today makes it increasingly difficult to identify behavioural trends.

Because these social media platforms seek to optimise attention, their algorithms tend to create individualistic consumption patterns that make users detached from a common culture.

This trend, he argues, has brought about a rise in "eclecticism" in modern popular culture – and this could have important implications for the way brands communicate with consumers through both online and offline advertising in the coming years.

While significant events will still occur, such as news, major sporting events and religious/national holidays, there will seemingly be fewer "tent-pole" media-driven moments due to this fragmentation.

'Personalised TV ads have the desperation of Alan Partridge'

Beer is also rather critical about the advent of personalised marketing, which he describes as a form of "hailing" or "faux intimacy". He takes particular aim at a 2017 Ronseal ad on All 4, Channel 4's video-on-demand platform, in which the brand used the broadcaster's first-party data to address viewers by their names.

He writes in The Quirks of Digital Culture: "Saying your name is a more powerful way of grabbing your attention that simply including it as text. The problem is that this now adds to the cacophony of hailing that comes at us incessantly… The problem is the feeling that this personalisation produces. It got my attention but it felt like a stranger saying my name at me, producing a feeling of uneasiness rather than providing any warm sense of a knowing dialogue.

"By being addressed, I felt like I was being watched. These personalised TV ads have the desperation of Alan Partridge, in a car park, repreatedly shoulting 'Dan' to try to get the attention of what he hopes is his new best friend."

This presents a problem for digital marketers, many of whom have expressed concerns about personalisation due to a perceived lack of ROI and data management hurdles. Beer, however, thinks the whole strategy of brands trying to communicate with individuals is flawed in terms of what humans consider as "normal" social interaction.

"Personalisation, where it’s seamless, people seem to like. But it creates moments of discomfort as well, where it’s obvious that you’re being watched or where the level of intimacy of the advertising is too great, so it’s kind of an invasion," Beer explains. "Hailing is about the amount of ideas and marketing that we’re bombarded with, which could become a discomfort in itself because you don’t know where to focus your attention on. But there’s also that faux intimacy that it makes people feel uncomfortable, where it’s obvious that there’s some surveillance going on or that it gets them wrong – it misunderstands them as individuals." 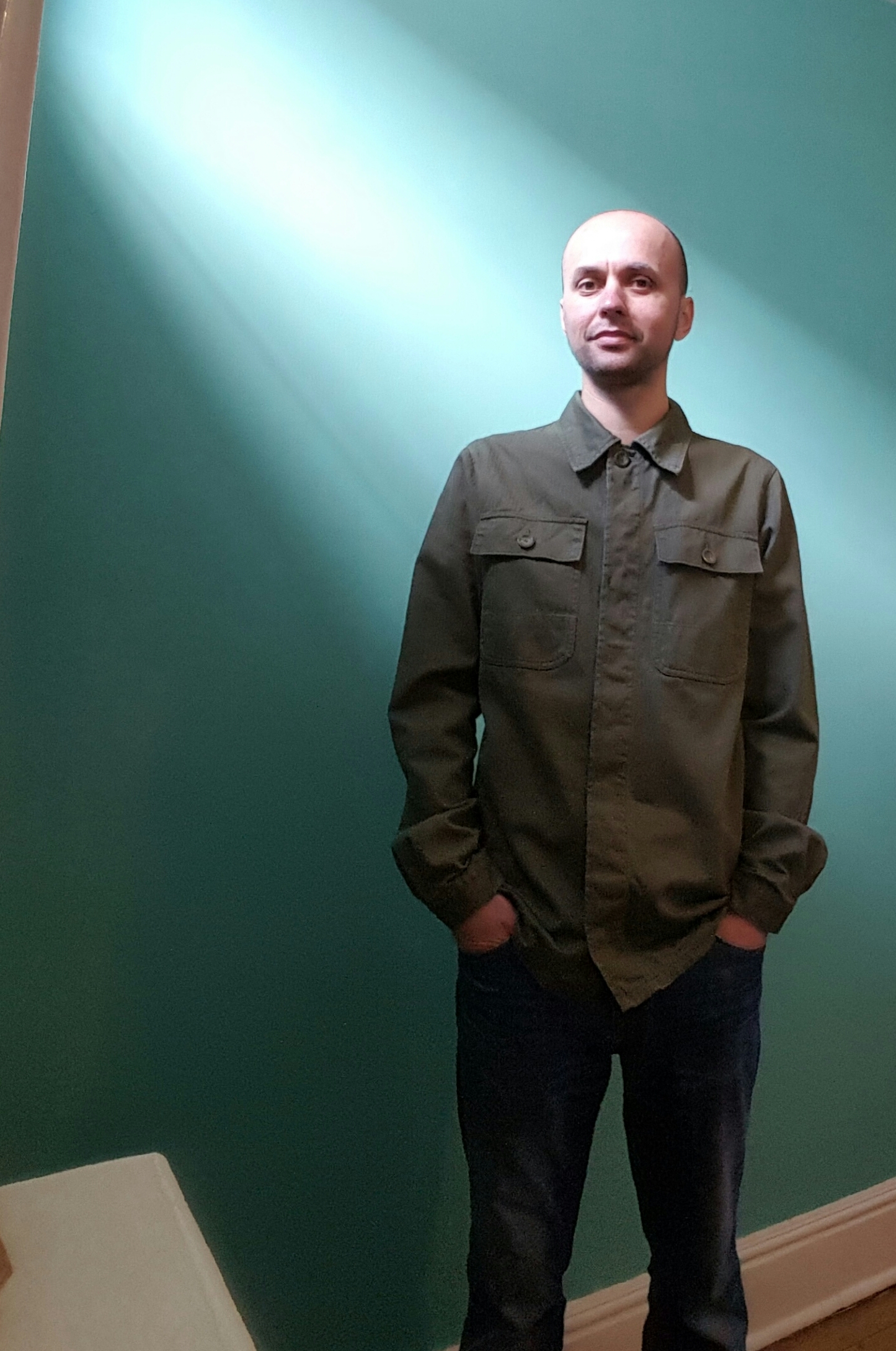 Beer (pictured, left) led a team of academics who produced a report on online targeting last year for the Centre for Data, Ethics and Innovation, with the final report due to be submitted to the government last month. "We looked at online targeting and found these debates playing out where people like the convenience of personalisation, but at the same time there’s a discomfort that comes with surveillance or misunderstanding them as an individual."

The new book tries to address a question commonly asked by marketers and ad folk: how can we understand the chaos and messiness of digital cultures? Beer looks at this puzzle from the perspective of the oddities of digital culture to see inside the patterns and dynamics of new cultural formations that are being created.

While the rise of social media in the past decade has created a new and profound area for sociologists to study human behaviour, it is fairly unusual for a professor in the field to dedicate a whole book to digital media and adtech. What motivated Beer to do this?

"I started doing these pieces where I was responding to things that were happening in social media or culture more generally and I realised they all had something in common, so I started adding more examples of these weird quirks," he says. "How can you make sense of these overwhelming, disorientating cultural forms that we’re faced with today?"

One of these quirks that preoccupies Beer most is the phenomenon of "platform nostalgia", where social media users feel an impulse to upload and consume videos, photos and stories from the past. Social media, he argues, has created new ways to access, discover or rediscover the past – something that has led to a "striking" number of comeback musicians, such as The Stone Roses, Jamiroquai and Bananarama.

Beer also believes social media is reshaping our memories and the relationship that people have with the past: "Social media have become kind of memory devices, where they capture bits of our lives that we can then revisit. There’s a kind of transformation of the way that we see and are able to access the past, whether that’s our own past or these cultural moments that we’ve lived through."

Days of future past

But platform nostalgia could be even stronger than that. Because we are able to reconnect with cultural moments of the past, such as watching footage of a band's concert on YouTube, it may increasingly feel like we have been to places even if we weren't really there. Hence a greater opportunity for nostalgia, "being retro" and big names from the past to stage a comeback.

As well as crowding out new ideas, this tendency for nostalgia could have important implications for people’s relationship with the past: if so many memories can be accessed instantly in video form or commentary, people might lean on the platforms for memory-making. This could give tech giants a considerable amount of power on what memories become most important in culture, as opposed to art galleries, museums and libraries. Whereas cultural artefacts have been curated in the past by experts, tech companies could promote content via hidden algorithms that are user-specific depending on what data is held about individuals.

But is this "nostalgia" phenomemon going to be a permanent feature of digital culture or does it represent a protracted adjustment period for thirty-somethings (such as this Campaign interviewer), whose music world was shaped by MTV, radio chart shows and Top of the Pops? After all, there is an argument that old media never truly dies, it just lives on in new media or is "remediated".

Beer points to the rise and fall of Vine, the short-form video app that was acquired by Twitter at the height of its popularity but discontinued after four years because it failed to monetise, despite the growth in demand for quick, snappy videos. This is because users expect to consume these videos within a social media environment instead of within a separate app, as was the case with Vine, and this is largely driven by the rise of nostalgia on platforms. (Furthermore, this could explain the recent rise of TikTok, which has arguably more successfully integrated short-form videos in a social media environment.)

Therefore nostalgia is likely to be a feature, not a bug. Beer continues: "Probably what will happen is the presence of nostalgia and memory and the past will actually increase over time on social media, because more of people’s lives will have been lived in those spaces and the amount of content about the past will increase.

"So, as people use social media to capture significant moments in their lives, these platforms will have a great amount of the past within them. We’ve had social media en masse since 2007-2008, so we’re talking about 11-12 years. After 20 years, people getting to middle age will have spent most of their lives in these spaces, then the possibilities are greater for tapping into and relating to the past in lots of different and new ways."

That is, of course, assuming that social media still exist in its current form in the foreseeable future. How many people, for example, had heard of TikTok this time last year?

As technology continues to advance at an exponential rate, digital culture may yet evolve in unpredictable ways. The future could bring a lot more quirks yet.