Seriously, Dolce & Gobbana discussing The Minion's influence on fashion with a straight face? We imagine only Vogue could pull off that coup.

Most read: Costa brand and innovation chief on why it doesn't advertise on TV

Costa brand and innovation director Carol Welch sat down with Marketing's Sara Spray over a coffee (we presume) to discuss Costa's marketing strategy, and why the brand focuses on outdoor and digital at the expense of digital.

When you are a coffee and an experience brand, a couple of weeks of TV advertising a year is not something that’s dramatically impactful.

Welch goes on to explain that, in addition to digital and in-store campaigns, money is spent on training an army of staff: "For me, those 45,000 team members is how you deliver a brand," Welch commented.

If you're in Cannes, you're busy. And if you're not in Cannes you're being knocked over by a fire hose of Cannes coverage. So every day, 18:05 will give you a quick rundown of the headlines. Deep breath, here we go:

Talks
Snapchat founder: 'It's weird when brands try to act like your pal'

Paper Magazine's chief creative office on breaking the internet, making it work for the brand

Cannes tweet roundup – where are the bald heads, beards and glasses?!

For all your Cannes-related needs, check in with our Campaign@Cannes blog.

If you live in London, you're probably salivating over the tube running through the night on Fridays and Saturdays, from September.

Well, stop salivating, and pull on your starry-night unitard like the character in M&C Saatchi and TfL's new campaign celebrating the launch. 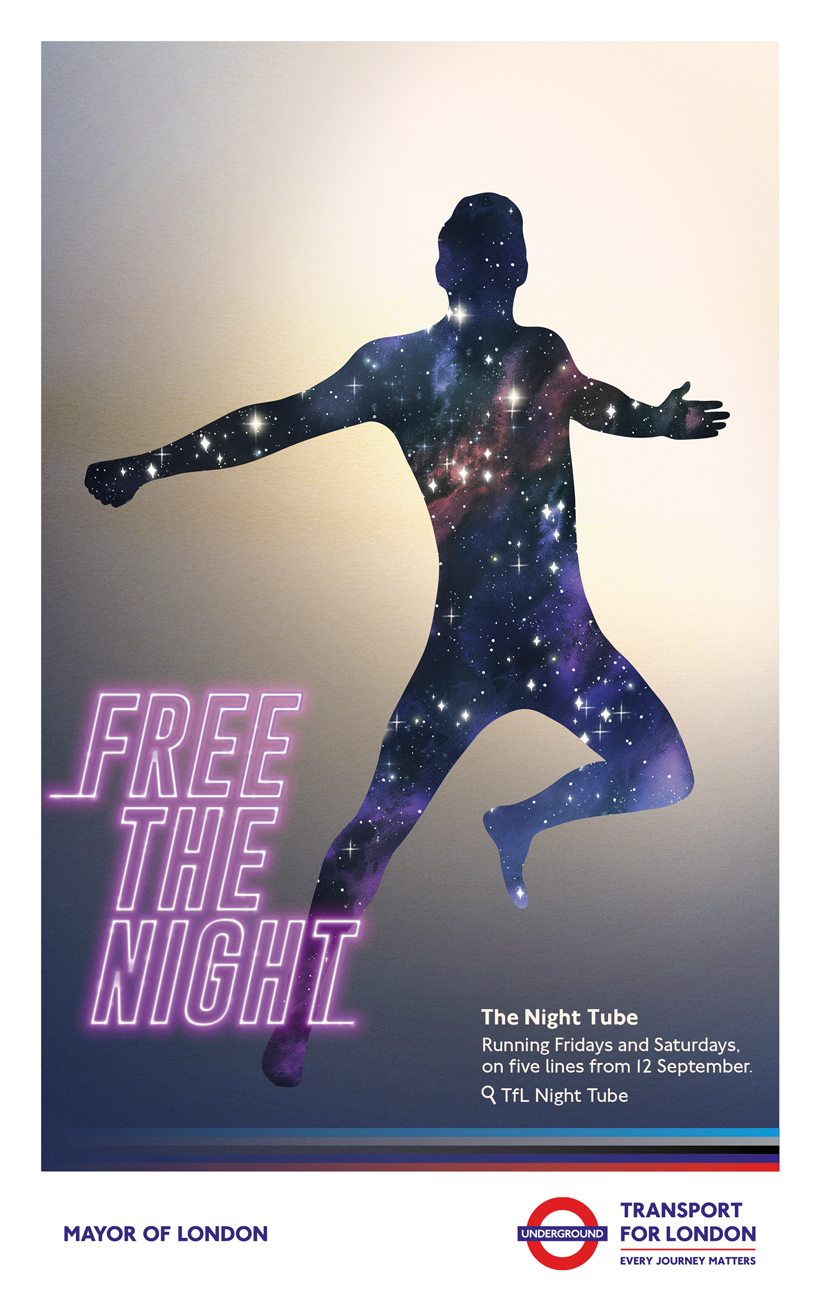 Explaining the work, Grant Parker, Head of Art at M&C Saatchi, said: "With this campaign we wanted to capture the spirit of endless nights.

"Come September, the worry of missing the last Tube home on Fridays and Saturdays will no longer be an issue, freeing up the night."

It sure beats our approach, which would have centred on never again having to deal with the "hell that is other passengers on the night bus".

#NightTube all night from 12 September #TfL #LondonUnderground ?????Where will the night take you?

Twitter has launched a product pages trial on its platform, with early adopters including Nike and Disney.

Marketing's Shona Ghost reports that this new feature will "allow brands to create a shop window of sorts, meaning consumers can browse items, see prices, and potentially even complete a purchase through Twitter."

Some celebrities, including William Shatner, are also participating in the trial, and Twitter says it will expand the number of brands and celebs involved over time.

Native advertising: Turns out Vogue has a really great sense of humour

We were going to tell you about the launch BBC Advertising's new content-marketing team, BBC StoryWorks, but a "collaborative partnership" between Vogue and The Minions is much funnier, so we'll tell you about that instead.

Conceived by Daniel Marks, partner and director of The Communications Store, and created by Condé Nast Britain's video division in association with Universal and Illumination Entertainment, it's a pitch perfect, star studded featurette about The Minion's influence on fashion. We're not sure how, but they got Dolce & Gabbana – and many other big name fashionistas – to play along.

The winners of the Brand Republic Digital Awards are...