The fashion retailer has partnered the England netball squad in its drive to reach the 'polymath woman'.

Fashion retailer Oasis has secured a partnership with England's netball squad, the Vitality Roses, ahead of the 2019 Netball World Cup in Liverpool.

A new campaign, created by Red Bee Media, is part of the brand’s broader "Lovely does it" brand refresh. The print, digital and outdoor work features England captain Ama Agbeze, three-time Commonwealth Games competitor Eboni Usoro-Brown and Jade Clarke, England’s most capped player. There will also be in-store and social media activity, as well as a video content series.

Sarah Welsh, managing director at Oasis, believes the move reflects the retailer's focus on the multidimensional nature of its core consumer, whom she dubs the "polymath woman". This consumer has multiple strings to her bow and that is why Vitality Roses are such a great fit.

"They are brilliant at what they do and at the peak of their sporting careers, but they also have this whole other side of their lives; for example, jobs as lawyers or commitments to mentoring students," Welsh explains, since the players are not paid a full salary. "For us, they really represent what the modern woman is about and the fact that we recognise our consumers are spinning multiple plates."

In Welsh's opinion, the Vitality Roses represent women who "get a lot of stuff done" and their importance as role models reflects the shift away from gender stereotyping in fashion advertising. "Our role models and points of reference are changing," Welsh says. "I think the days of having a model in the Seychelles wondering around looking great are over."

This is change that is reflected in Oasis' wider brand refresh; "Lovely does it" is a brand statement that encapsulates not just the fact that Oasis consumers can look lovely in the brand's clothes, but are also lovely through their actions.

"There is a move towards more realness and inclusivity, and it is not just about advertising," Welsh explains. She points to the launch of the brand's Curve range, which offers a greater selection of sizes, as evidence of this shift and the brand's focus on ensuring any woman can shop at Oasis. Welsh adds: "Brands need to be increasingly aware that inclusivity is key and is a reflection of changes in society as a whole. People don’t want to be told what to do or what to wear."

This is crucial for a global brand such as Oasis, which has more than 80 standalone stores in the UK and Ireland, and trades in 96 locations across 27 countries in Europe, Scandinavia. the Middle East and South America. 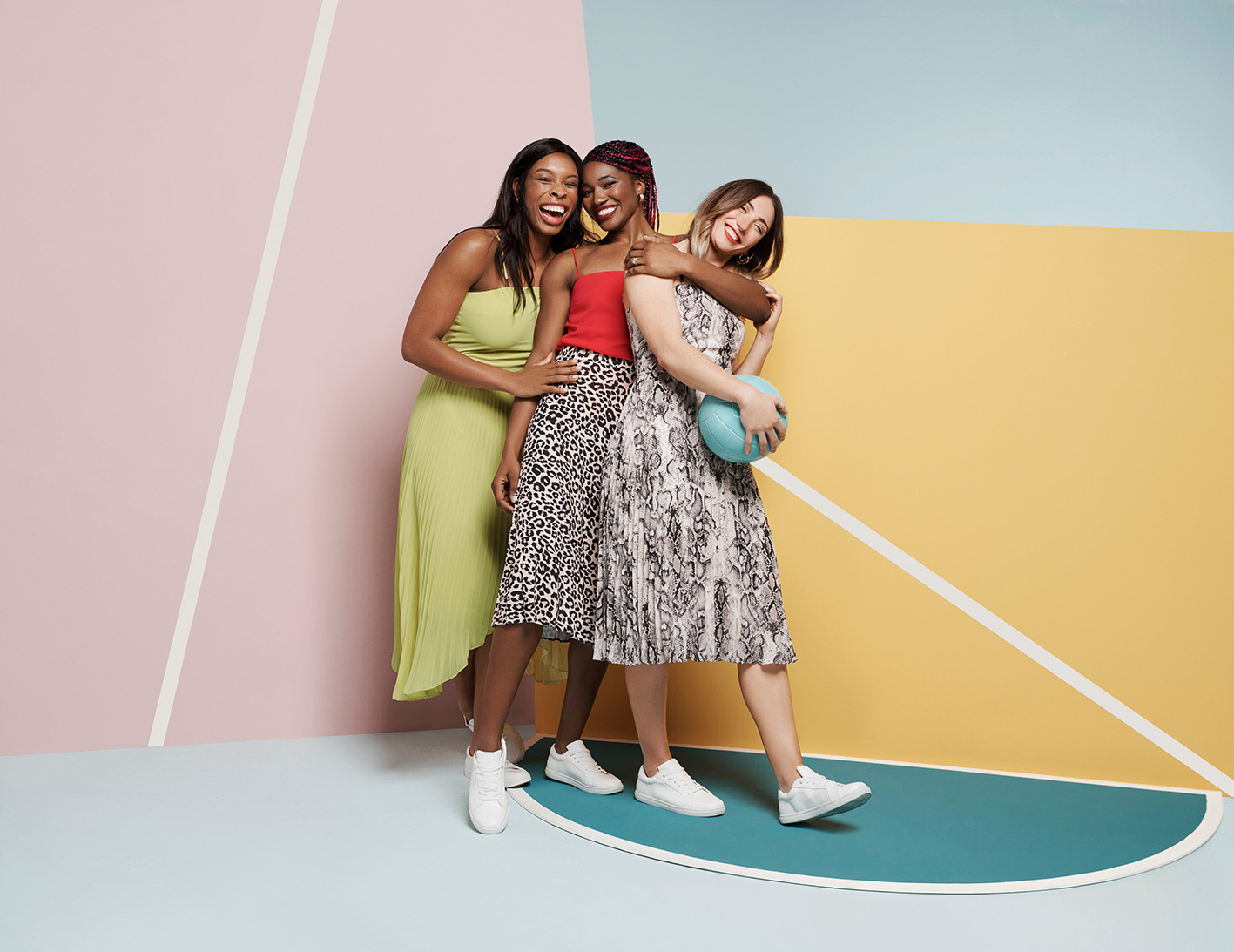 Oasis' partnership with the Vitality Roses comes in the midst of a transformative summer for women’s sport. Following their victory at the Commonwealth Games, all eyes will be on the Vitality Roses when the Netball World Cup 2019 takes place in Liverpool during 12-21 July – this will a key period for Oasis.

Welsh notes that the success of the team has created a ripple effect and Oasis plans to play on the natural "feel-good factor" that accompanies the tournament.

This is already reflected in the latest campaign. For example, Clarke says in one spot from the upcoming content series: "Netball gave me a place to be myself and show my confidence."

In an uncertain economic climate, Welsh believes consumers are putting more consideration into every purchase, meaning brands have to think harder about both the product and store experience. "Why would consumers invest in basics unless they have a point of difference?" she asks.

At the same time, a whole new consumer consciousness is coming to the fore that recognises the environmental cost of disposable fashion. "Things that last longer and have an emotional appeal will last longer," Welsh explains.

According to Welsh, retailers across the price spectrum – from Primark to Valentino – are also thinking harder about the store experience.

Empathy, emotion and a laser-sharp understanding of its consumer is at the heart of Oasis’ strategy – a focus that Welsh describes as "waking up the same day our customer is waking up".

On a strategic level, this means ensuring the distance between the brand voice and the customer is never out of step. This means investing in brand-building does not a back seat to direct sales campaigns. "This campaign is less about the click-through or 'like' for a product," Welsh says. "It is emotional; it really captivates the active nature of these women."

With the high street facing unprecedented competition from Amazon, as well as the looming economic impact of Brexit, why has Oasis resisted the temptation to slash brand investment? "The temptation in tough times is to cut back," Welsh concedes, pointing out that Oasis has in fact done the opposite. "Now is the time to invest in the detail; to value the brand, the store enviroment and the product. That is where you will win."

Whether on the netball court or on the high street, rejecting stereotypes to embrace inclusivity, passion and persistence is proving a winning formula.

A design for (male) life

Women's sport: a chance for brands and agencies to go for gold

Tackling the laziness: our collective responsibility to women's sport