In May, Ogilvy and IBM held a three-day hackathon at the Sea Containers which pitted the wits of Ogilvy and IBM against healthcare challenges presented by Boots, Nestlé and Beacon Medical Group.

"IBM and Ogilvy have been partners for decades, globally and in the UK – we’re mutual clients," Ann Higgins, managing director for Ogilvy Red, said. "With all the trends around data, we [Ogilvy] wanted to get into working with them about applying innovation to Watson. For both of us, fusing the cognitive with creativity was a mutual ambition and when we spoke to them, Boots and our other clients were also interested in seeing that combination."

The hackathon really was an example of co-creation at its best, Lisa Gilbert, chief marketing officer of IBM UK and Ireland said. "It was science meets creativity with IBM and Ogilvy sitting in a room together to solve really really big problems for our joint clients."

Healthcare was chosen, not only because it’s a client vertical for Ogilvy, but because it’s a "bigger conversation" that everyone can relate to, Dayoán Daumont, innovation director, OgilvyOne explained. "It’s better to talk about health and wellness than how to build a better fridge." 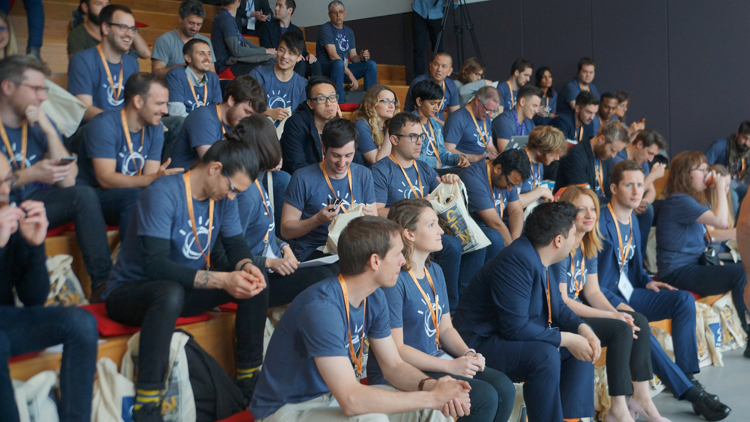 How the event worked

The hackathon comprised eight teams of six. These participants included a Watson developer, an Ogilvy developer, a UX/UI designer, change architect and two additional participants chosen from the Ogilvy network.

Clients that took part had to commit to a few things, Daumont said. They had to have subject matter experts present at the hack and the briefs they gave had to be addressable.

During the first two days, the teams went through an ideation and build phase and on the third day the teams presented their final ideas to the clients and a judging panel. The presentations were judged based on criteria that included delivery, cost-efficiency, creativity, technical skill and design thinking.

"We also brought in 3D printers, soldering and IPT kits creating a maker space for rapid prototyping," Daumont said. "We really wanted the teams to make something not just come up with ideas." 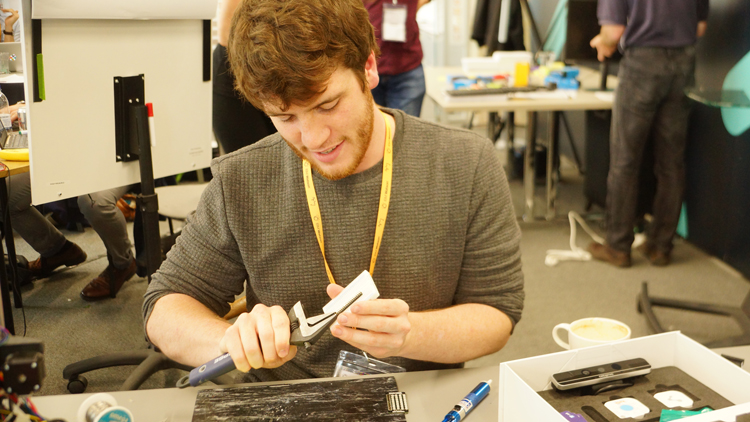 While not all the briefs could be shared, Dave Robinson, director of personalisation at Boots UK was kind enough to share his company’s challenges.,

"We set our briefs around issues we’re grappling with in terms of more intelligent healthcare," Robinson shared. "Our first brief was to use tech to help us help customers of patients adhere to medicines more strictly. This is a challenge, particularly with customers who are on ongoing prescriptions.

"Second, we wanted to see how tech could help us help patients understand about their healthcare. How a customer might be able to ask us questions about symptoms their suffering from without having to come down to a store. We’re good face to face but from the digital perspective this is a challenge." 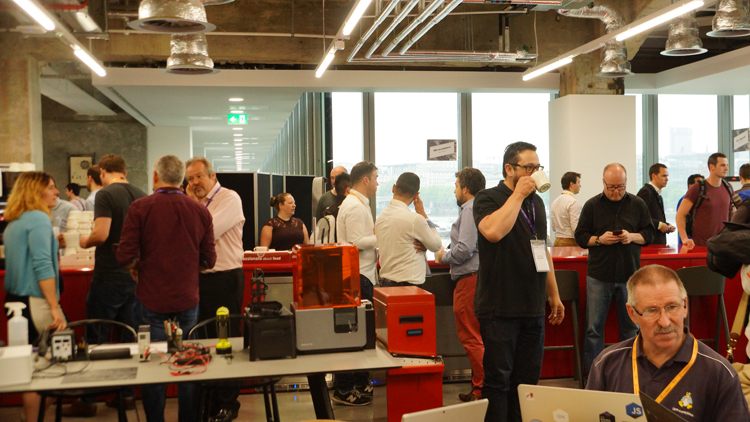 Many of the solutions presented on the final day of the hackathon are confidential as the parties involved are keen to invest and take the ideas further.

However, we can share that team Abracadabra won with their answer to a brief from Beacon Medical Healthcare which was a request for solutions that would help customers understand their level of risk to diabetes. When diabetes is caught early enough, there’s a hope of reversing it with lifestyle changes.

"The winning idea suggested linking with schools to develop a tech coding programme where students would ask use their tech to ask questions of their parents thereby educating themselves and their parents," Robinson recalled.

They absolutely deserved to win, Gilbert commented. "They focused on who their cohort was, where Beacon Medical Group was based and came up with a great workable solution."

Gilbert also liked that the idea got children to learn and teach their parents about healthier lifestyles. "Plus it gets the kids to figure out code and practice with it." 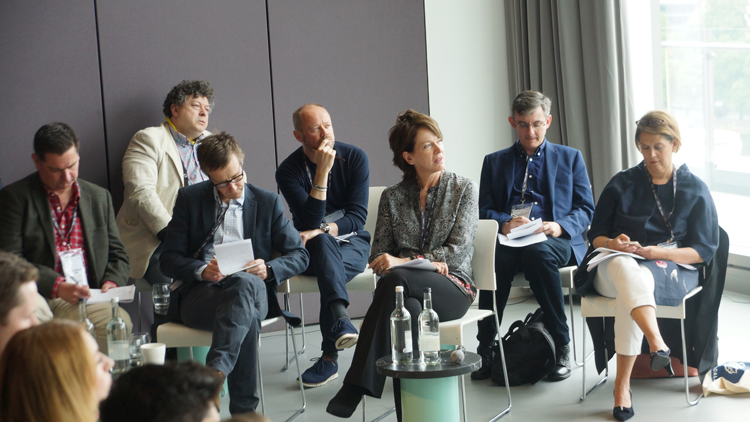 "This has opened our eyes," Robinson said. "It will definitely be something we’re looking to incorporate… realistically, some of the ideas generated are harder to implement than others. But the point was never to get a silver bullet answer. The real value was in stepping back from the day to day and get real brains on a pitch thinking of it from a customer and creative angle."

Robinson concluded that the hackathon also proved the importance of external influence. "It’s really powerful to bring external expertise in."

Second thing he noted was that by just about unfettering a process that is normally tied down by approvals or a more formal approach, solutions flow much more easily.

"I wouldn’t say it’s something we should switch to entirely, but it’s a fantastic complement to how a problem can be answered. You wouldn’t have a complete solution from a hackathon, but the answer might have started here," he said. 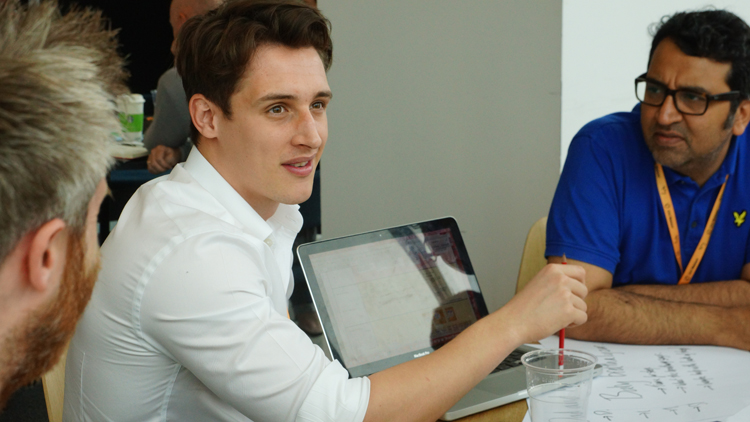 While IBM is no stranger to hackathons, Gilbert said the event exceeded her expectations. "The secret sauce to this one was the art and the science. Usually, you get a bunch of coders in a room, we just did one with NASA, they geek out and they love it. But this one has beauty and visual design. People got it more when they were able to see it. We’d love to do another one of these and we’re playing around with a couple of ideas."

Something else Gilbert really liked about the hackathon was how it showcased Watson in action, "IBM can be seen as one for the big guys. But it doesn’t have to be this big, clunky, resource-intensive thing, it can be agile, quick and turned around in 48 hours. This shatters the myth that it’s only for rocket scientists and for big corporations."

While the event was a success, the important thing Daumont pointed out is to make sure the ideas created are taken to market. "It’s important we don’t keep these ideas as just tantalising fun things. It has to be possible to bring this to life. Because if that’s not a possibility, this much effort should not go into it."

Five things we learnt about Publicis Groupe's plans for Marcel, awards and its employees

Is data meaningless? What we learned from Lions Innovation this year