WPP shop is pulled into controversy after reports of squalid conditions at the border of the U.S. and Mexico where adult and children immigrants are held in detention camps.

Ogilvy is not responsible for a U.S. border control video which depicts scenes that are at odds with the horrifying reality of the immigrant detention camps, people with direct knowledge of the matter have confirmed.

The WPP shop has been pulled into controversy over this July 4th holiday after it was accused of producing the video people labeled "propaganda."

The content, which was published earlier this week in a tweet from U.S. Customs and Border Protection in Arizona, shows an officer touring around a detention facility. Chief Patrol Agent Roy Villareal points out a storage center with "readily available" supplies like food, T-shirts and feminine hygiene products.

He attempts to dispel reports of unsanitary environments and, at one point, showcases the water tank and sink available to immigrants, stating: "Aliens are not forced to drink out of a toilet -- aliens have options." Villareal has come under fire for his choice of language.

Here is a look at the inside of a #BorderPatrol processing center with Chief Patrol Agent of #TucsonSector Roy Villareal @CBP pic.twitter.com/vu1dyV72Uz

Confusion with Ogilvy’s erroneous involvement may have risen from a contract it holds with the U.S. government regarding a marketing effort to recruit diverse applicants in a number of positions at borders, including for the U.S. Customs and Border Protection. Ogilvy has released various work on this front since the relationship started in 2017.

The video which is at the center of controversy is most likely to have been created in-house, according to a person with knowledge of the matter, who added that the quality is not to Ogilvy’s standards. 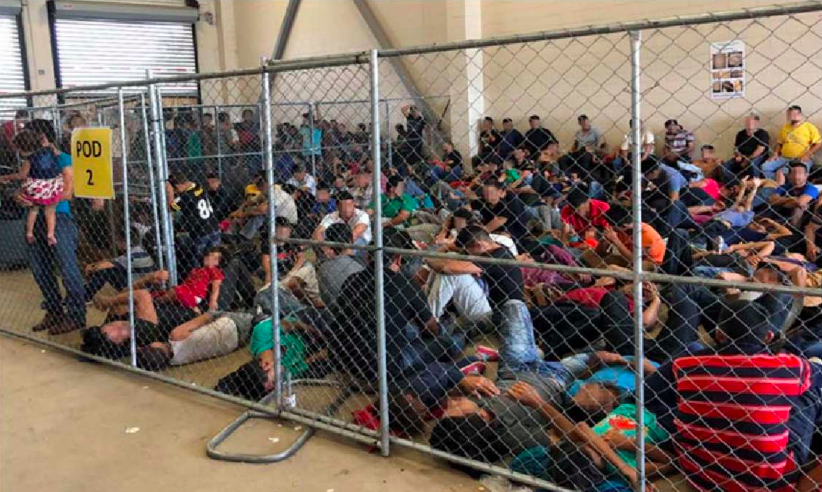 News of squalid conditions at the U.S./Mexico border came to light after the Department of Homeland Security inspectors visited several facilities in the Rio Grande Valley.

They filed a report, obtained by BuzzFeed News, in which conditions were described as dangerous and prolonged. Shocking details include some adults crammed into standing room-only for a week, wet wipes being used instead of showers and disgusting food rations that cause constipation.

Photos from Department of Homeland Security.