One of the world's most prestigious art galleries teamed up with Airbnb to demonstrate that old and new can make excellent bedfellows.

Airbnb’s "Night at…" series of events is designed to represent the heights of the Airbnb experience. Sometimes even literally, such as in 2015, when four friends spent a night suspended 9,000 feet in the air at France’s Courchevel ski resort.

The concept of "Night at…" was devised to give competition winners a money-can’t-buy experience, where spaces that are not typically hired out as accommodation are transformed into homes for just one night.

Not only do they allow winners to become the only people ever to bed down in the likes of the legendary Abbey Road Studios or in a "magical" floating house on the Thames, but they serve as a powerful marketing vehicle for the Airbnb brand, achieving global publicity, data collection, social media reaction and, ultimately, site registrations and sales. 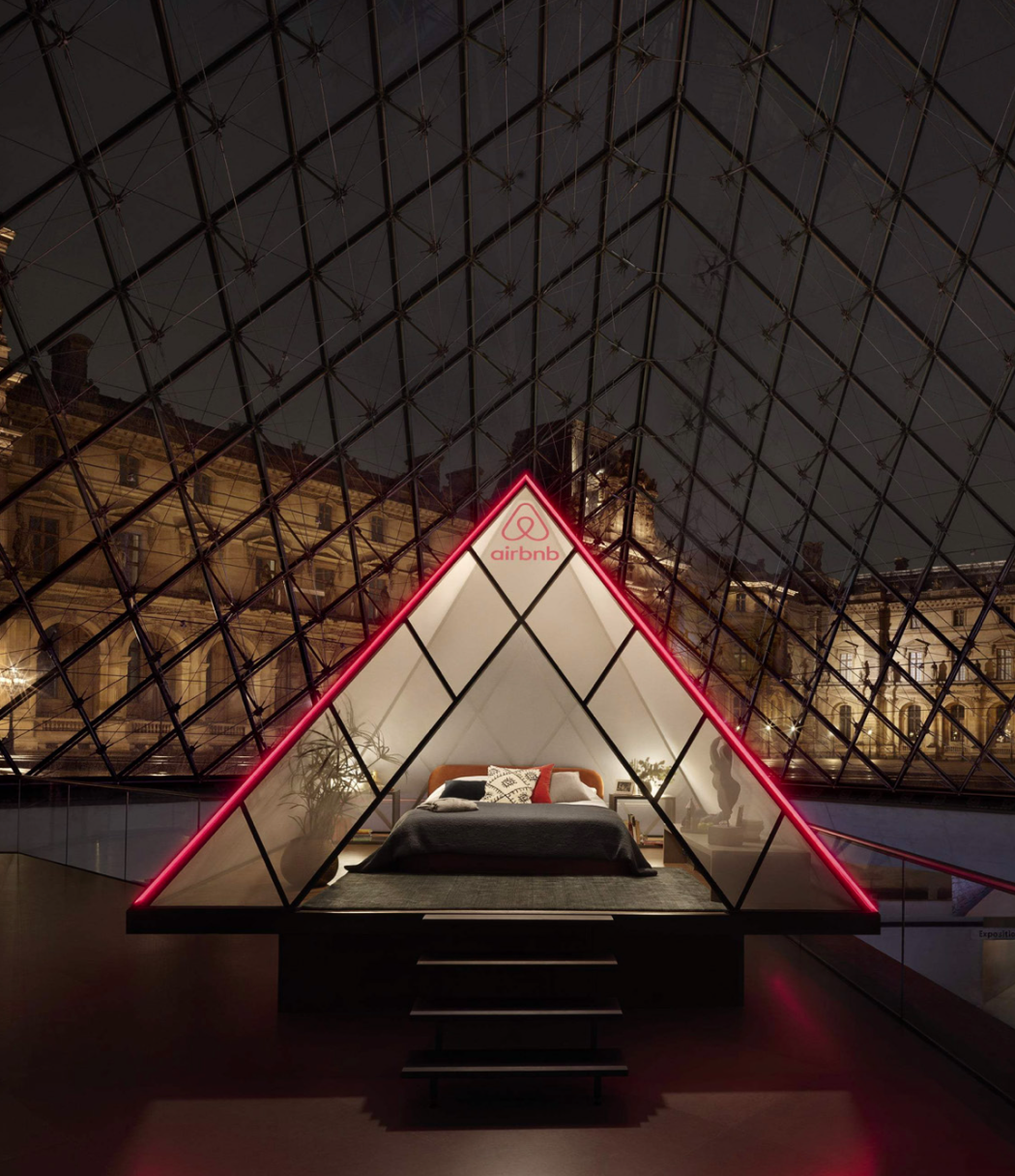 In early 2019, Airbnb set its sights even higher than usual, certainly in terms of prestige, by inviting consumers to take part in a competition to spend a night at one of the globe’s most famous art galleries – Paris’s Musée du Louvre, home to the Mona Lisa and Venus de Milo. It needed to attract pre-event publicity to drive awareness and competition participation, as well as to co-ordinate and manage media access and the resulting publicity boom.

Amplify was briefed by Airbnb to create an overarching platform that would meld the brand credentials of Airbnb with those of the Louvre. While the former is steeped in technology, the latter is rooted in two-and-a-quarter centuries of tradition. Finding common ground while staying true to their distinctive identities was a challenge.

"This combination of old and new needed to communicate to the world how Airbnb could dust off the Louvre’s reputation and challenge preconceptions," says Jeavon Smith, executive creative director at Amplify. 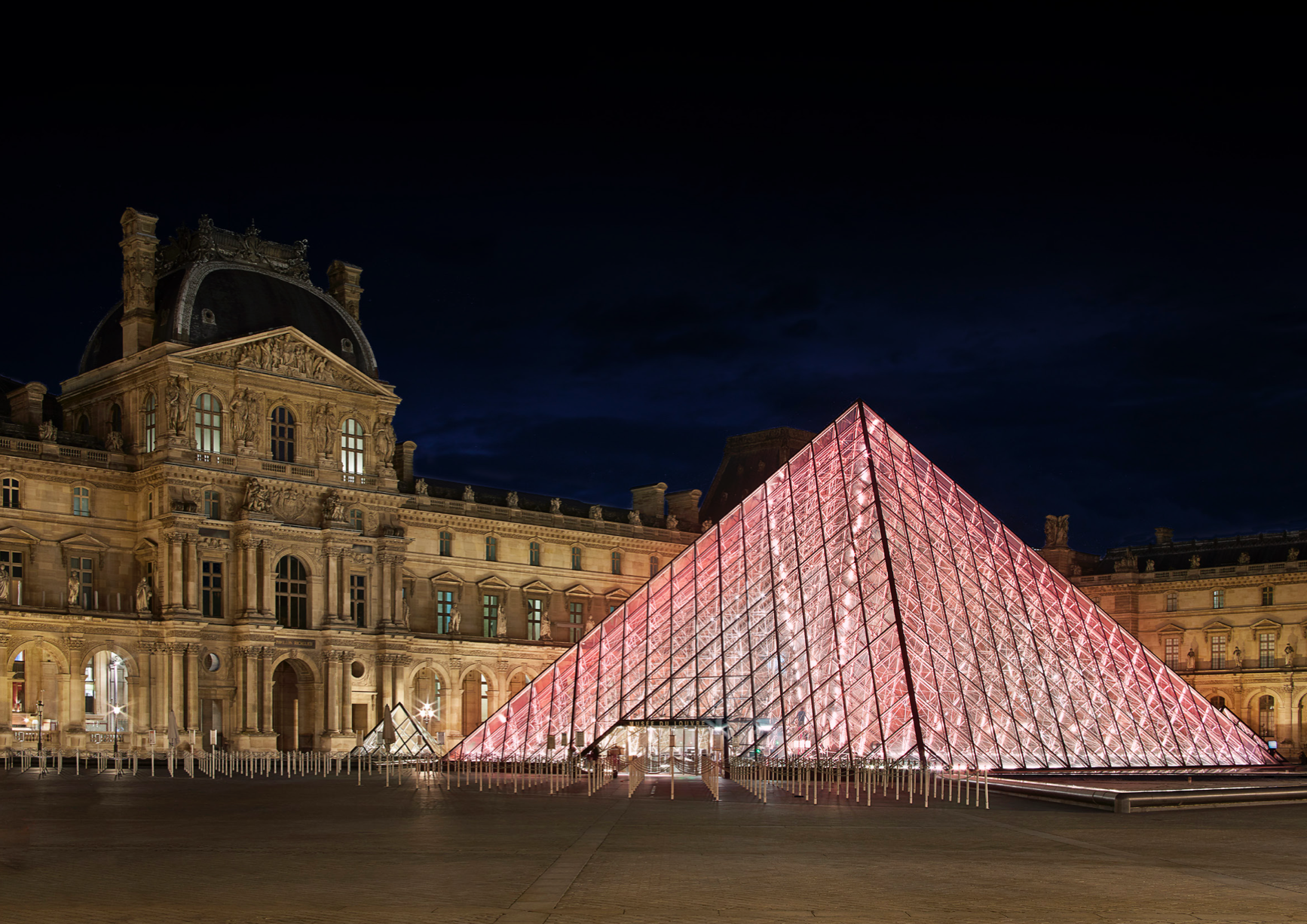 "We wanted to bring a sense of home to a public space. A home is a living, breathing space and it’s made special through the people that inhabit it. It’s the homely details that make an Airbnb – the personal touches that reveal the host’s character and personality."

Amplify’s role was to conceptualise, produce and manage the "Night at…", as well as create campaign media and social assets. While only two people would get to experience the sleepover directly, the content strategy was intended to reach millions of users online in France and global markets, including the UK.

Clearly, working in a such a prestigious environment, one containing priceless works of art, required a sensitive approach. "Working with art curators, art world conservators and the president of the Louvre meant the event had certain protocols we had to follow," Smith says.

Juxtaposing the classical and the contemporary

The historic values embodied by the Louvre and the technology-driven brand values of Airbnb were brought to life via juxtaposition. Thus the winners would get to experience mixology with the Mona Lisa, experimental contemporary gastronomy with the Venus de Milo and modern music amid the opulence of Napoleon III’s apartments.

The project’s timing coincided with the 30th anniversary of the Louvre Pyramid, a glass, modernist symbol of Paris designed by architect LM Pei and set in the main courtyard of the Louvre Palace. It would provide a space that could be transformed into a home to host two guests for the night. Marking the first time that anyone had spent the night at the Louvre (at least officially), a mini-pyramid structure was designed, mirroring the style of and situated inside the Louvre’s Pyramid, within which a bed was installed.

Amplify worked alongside stylists Venus in Fur and set builder Le Monde Du Decor on the installations, which included a Parisian-style lounge set in front of the Mona Lisa, where the guests could drink cocktails, including an aperitif inspired by that great flowering of artistic expression, the Renaissance.

The agency also devised a tour of the museum’s artwork and planned a meal by Ducasse Reception, a gastronomic dining experience created by Michelin-starred chef Alain Ducasse. The menu was designed to riff on romantic themes, using ingredients that symbolised love, beauty and pleasure.

News of the "Night at… the Louvre" competition was announced by Airbnb on 3 April, with a 40-second film as its centrepiece. The short featured an actress leading viewers through the Louvre to give them an idea of what the experience would entail. This meant that the experience was effectively run twice, once pre-competition for filming and again for the winners.

"The campaign was rooted in a competition," Smith says. "So one key objective was to drive excitement and generate maximum sign-ups to the competition as well as create a film, stills and content that could be used to promote the experience."

To build anticipation and participation for the competition, Amplify deployed an array of marketing across 16 territories, spanning out-of-home, print, PR, digital and social media. Activity included a collaboration with Snapchat and influencers.

The agency also created the 40-second preview film directed by Bexy Cameron, with other assets including images by photographer Julian Abrams and Skydrone Aeromaker, which was commissioned to shoot aerial photos of the installation.

Entrants had just 10 days to enter the competition by answering the question: "Why would you be the Mona Lisa’s perfect guest?" Once the single winner (who would be accompanied by their partner) was selected – whittled down from 182,000 (marking the first "Night of…" event to smash a 100,000 ceiling) – the couple were invited to spend the night at the art gallery.

"Before the chosen winners arrived, we gave them the full Airbnb experience," Smith says. "Their host Jean-Luc Martinez, president director of the Musée du Louvre, got in touch a few days before with instructions. They were met at the airport, given local Louvre recommendations and even had breakfast provided the next morning."

The evening began with a private tour of the venue by Musée chief of protocol Sabine De La Rochefoucauld, who regaled the couple with stories about some of the art on display. This was followed by drinks under the enigmatic gaze of Leonardo Da Vinci’s old master, the romantic dinner located by the ancient Greek statue of Aphrodite (the so-called Venus de Milo), and an acoustic set by French musician Sarah Jeanne Ziegler inside the Napoleon III apartment. After dinner, the couple retired to their bedroom within the mini pyramid and the next morning they were woken by butlers bearing breakfast.

Meanwhile, journalists and influencers were taken on a subsequent tour of the set, managed by representatives from the museum, Airbnb and Amplify.

"'Night at… the Louvre' surpassed expectations, becoming Airbnb’s most successful version of the event. It’s rare for something experienced by just two people to be viewed by so many," Smith says.

"Although our winners got to explore this unique experience first hand, we achieved a worldwide impact. This was a campaign that worked as hard for the media as it did for the winners."

In addition to reaching consumers directly, the "Night at… the Louvre" campaign generated substantial media coverage, with 2,700-plus press and broadcast pieces appearing across 90 counties, making it the first "Night at…" to exceed 1,000 articles. Coverage was run on the BBC, CNN and Fox News, as well as in titles including the Daily Mail, The Times, GQ, Metro, Huffpost, Bloomberg and Vogue.

But, most pertinently, the campaign’s success translated into hits for Airbnb, driving 148,000 new sign-ups to the platform.

"Amplify helped us to create a unique partnership between Airbnb and the Louvre, with both brands benefiting from reach and recognition," says Tram Huynh, Airbnb France’s marketing manager.

Airbnb’s partnership with the Louvre was extended from May until the end of 2019. The two organisations have been running a series of experiences at the museum, including exclusive tours and intimate concerts by French musical artists, which are bookable via Airbnb’s platform.

Airbnb to sponsor Olympics and Paralympics to 2028