The recent collapse in sterling has dragged down Omnicom's UK revenue after it fell more than 10% during the last quarter.

The US company's UK business has been affected by the 18% fall in the value of the pound against the dollar since the UK voted to leave the European Union in June.

The group’s advertising division reported a 3.6% increase in organic revenue for the third quarter, which fared better than CRM (up 1.6%), but was less than public relations (up 4.4%). 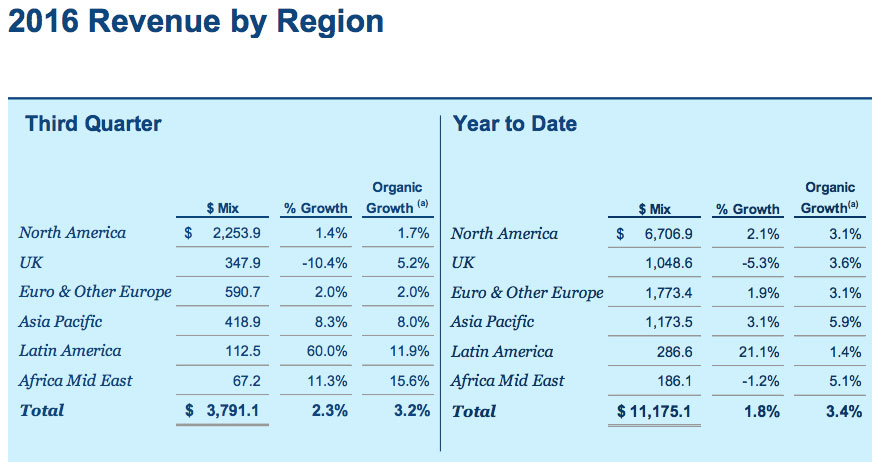