The mental health community is one of the most vibrant on Twitter. Hashtags such as #HowIFightDepression are helping to break taboos around mental health, making people realise they're not alone and providing support. Here's how one Tweet affected so many - and how brands can offer their support...

People share on Twitter – the good, the bad and the painful. And that’s exactly what happened last summer – people took to sharing their experiences on mental health and depression with  #HowIFightDepression.

Thousands of people used the hashtag to share the methods, exercises and ways of coping with the tough times in their mental health.

I took a walk around town with my 7 month old daughter. No stroller, I just carried her around cuz she likes to reach for the leaves on trees and bushes.

She started to fight off sleep, then her head dropped to my neck & she was out. I'd never felt happier.#HowIFightDepression

The words he shared in this Tweet caught the attention of thousands engaging with the #HowIFightDepression hashtag. And his Tweet triggered many to respond and share how his story had moved them.

@RangaRob2 replied: "That actually made me smile. You are a gem." While another user @GizmoWalpole shared a similar coping strategy: "Walking is good. I walk. I don't want to, but after I feel better. I talk to the trees and stuff and cry a bit but it's generally better afterwards."

This is just a small example of how the health community works on Twitter. It is a community that Twitter focusses on as a part of a groundbreaking research project (2) into better understanding Twitter’s UK audience.

Mental health community takes to Twitter
The study (1) using a combination of cutting-edge data science analysis and traditional market research, has identified 75 sub-communities within the health community. Twitter examined people within these communities to understand their motivations and learn how brands can best engage.

Health, and specifically mental health, has recently been very prominent in public debate on Twitter. That’s because Twitter is the place where people start conversations that defy convention so it’s unsurprising that the scale of conversation about health on Twitter is extensive. In the same way that health issues vary greatly, so do the sub-communities that make it up, with people clustering around specific physical- and mental-health conditions.

Three in particular stood out, due to their size and interconnectivity: mental health, carers and those with learning disabilities. In the mental health community on Twitter,  hashtags like #HowIFightDepression thrive, and people rally to share experiences, learn about mental health, find advice and support others in need.

In the carer community, these people come together to exchange ideas, knowledge, and experiences.

The third largest sub-community within health on Twitter is based around people who have or are connected to people with learning disabilities and autism spectrum disorders. Many different pockets congregate to share experience, discuss and support each on specific topics such as dyslexia, dyscalculia and autism.

Three ways brands can connect with health communities on Twitter

Health Twitter is one of the communities most open to brand involvement. Here are some of the ways brands can help further their cause:

1. Amplify awareness
When it comes to mental health in particular, brands can raise awareness with a simple Tweet or Retweet. This simple moment raises the profile of a vital issue.

Tonight we are pulling our ad break to announce that we are partnering with @TheCalmZone to launch a new mental health awareness campaign. Please tune in at 9.09pm for a very special ad break, unless you've got plans obviously. (More info here: https://t.co/NpTAMkX3D0) pic.twitter.com/5WE0A8iy4S

2. Challenge perceptions
Brands have the power to challenge how people with disabilities (physical and mental) are represented in the media. The conversational power of Twitter makes it the place to spark debate and challenge public perceptions for the better.

Our fantastic colleague Max has really grown in confidence since he started working at our Southgate Circus store – and now he's been named an "ambassador for autism" by a local charity that helps young people with learning disabilities. Find out more: https://t.co/WL9nWASTHo pic.twitter.com/HX9HYfNJrE

3. Fund and support
Health Twitter wants brands to put their money where their mouths are, and back mental health charities out of their profits, not just the employee contribution. But be mindful that people are wary of brands that superficially engage with mental health to improve their own public perception. Brands should commit fully, with genuine intent and be able to demonstrate integrity in their own working practices.

Proud to be working with Iceland Foods as they make a £1m commitment to Alzheimer's Research UK ?@icelandrichard? ?@IcelandFoods? https://t.co/OJ3CoP1OMo

"My biggest fear is my mum not recognising me."

Louise from @IcelandFoods is #RunningDownDementia to help bring about the first life-changing dementia treatment by 2025 to help people like her mum who is living with early-onset Alzheimer’s.

Sources | 1.Jaywing, Join The Dots, and Twitter, 'Flocks — Uncovering communities on Twitter', June 2019, UK. 2. To conduct the research, Twitter partnered with data-science agency Jaywing (‎@jaywingsays) and insight agency Join the Dots (‎@WeJoinTheDots) to crunch and analyse the data based on follower graphs and Twitter bios. It combined this work with online diaries from each community, in-depth interviews, cultural analysis, and a quantitative survey (total n=1,500) to ensure the most robust results. 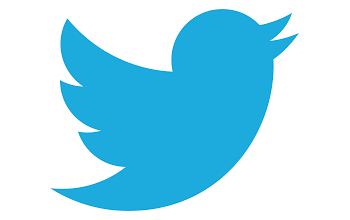