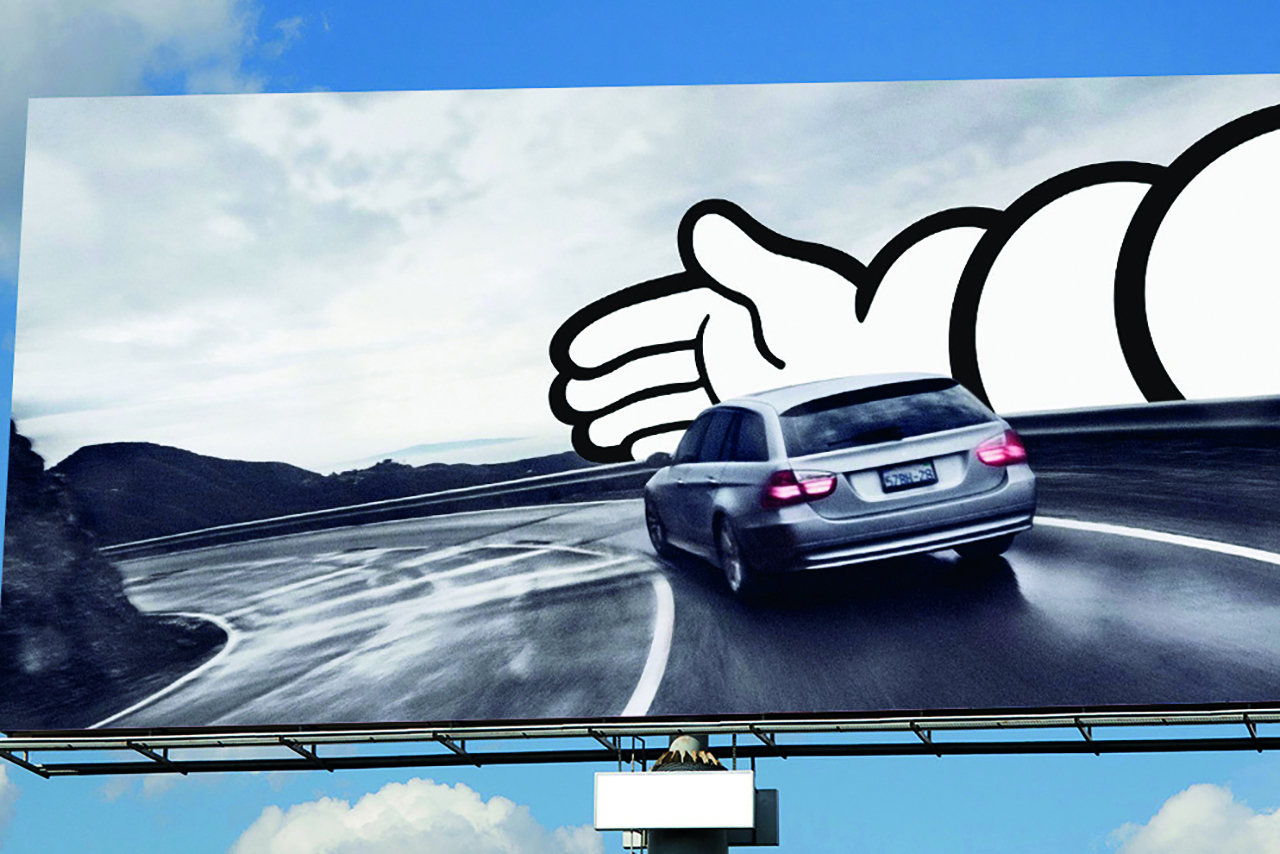 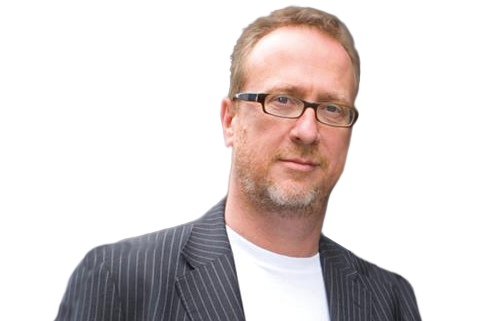 I worked in South Africa in 1994, the year Nelson Mandela came to power. Under the new constitution there were 13 official languages. As creatives, clever use of language was not going to cut it – we had to think visually. This has served me well over the years, particularly in OOH work.

I love great OOH – its scale, the fact that it’s an idea’s sternest test. It’s a great way to sense-check an idea – how would it work in OOH? It’s the idea in its simplest, purest form. It’s not easy. Michelin’s "Hands" is a great example. Its bold simplicity is striking. No words, not even a logo.

A great test of any ad, especially OOH, is to keep removing elements and ask: "Does it still make sense?" If it does, that element is probably redundant. Simplicity gives you impact.

If you’re very lucky you can get down to two elements – image or headline and logo. Here they’ve managed a single image. "Hands" says so much about Michelin in one image. It had a big head start – a world-famous brand icon. But that could have been a curse. It would have been so easy for the client to insist on seeing Bibendum’s smiling face, or impose rules for using the character; the art direction and storytelling would have been at odds. Bravo Michelin for seeing the idea for what it is.

The use of Bibendum is sublime. He’s reduced to just what is needed – his hands. This gets the viewer involved, leaving it to them to complete the circle. This campaign works so well for many reasons, not least its scale. The hands are large within the executions and huge when up on the roadside. That sense of a big brand with a long history of keeping you safe is told deftly in each scenario.

So much OOH is reformatted press executions. How refreshing to see an outdoor campaign in its purest form. How refreshing, too, to see a campaign that looks unlike conventional advertising. Just one image that says everything necessary. 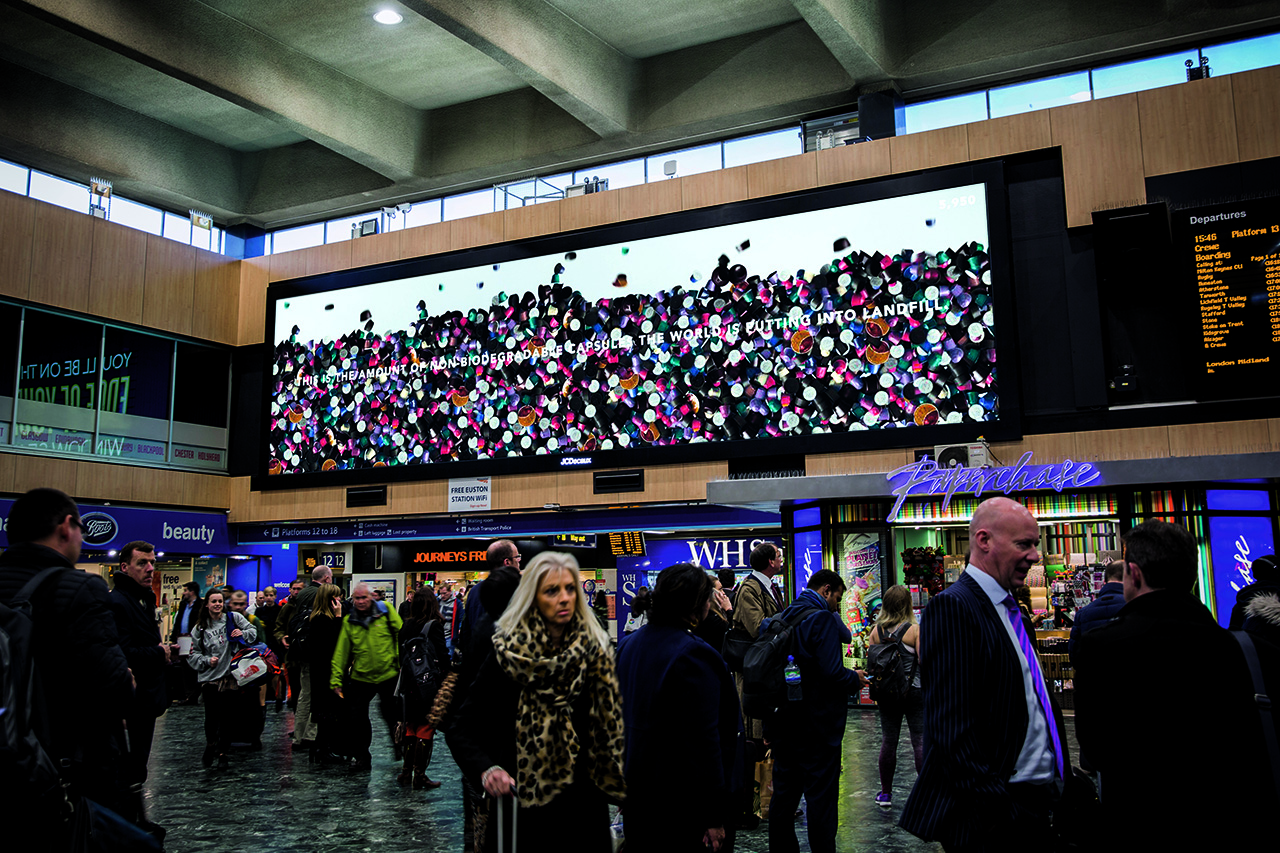 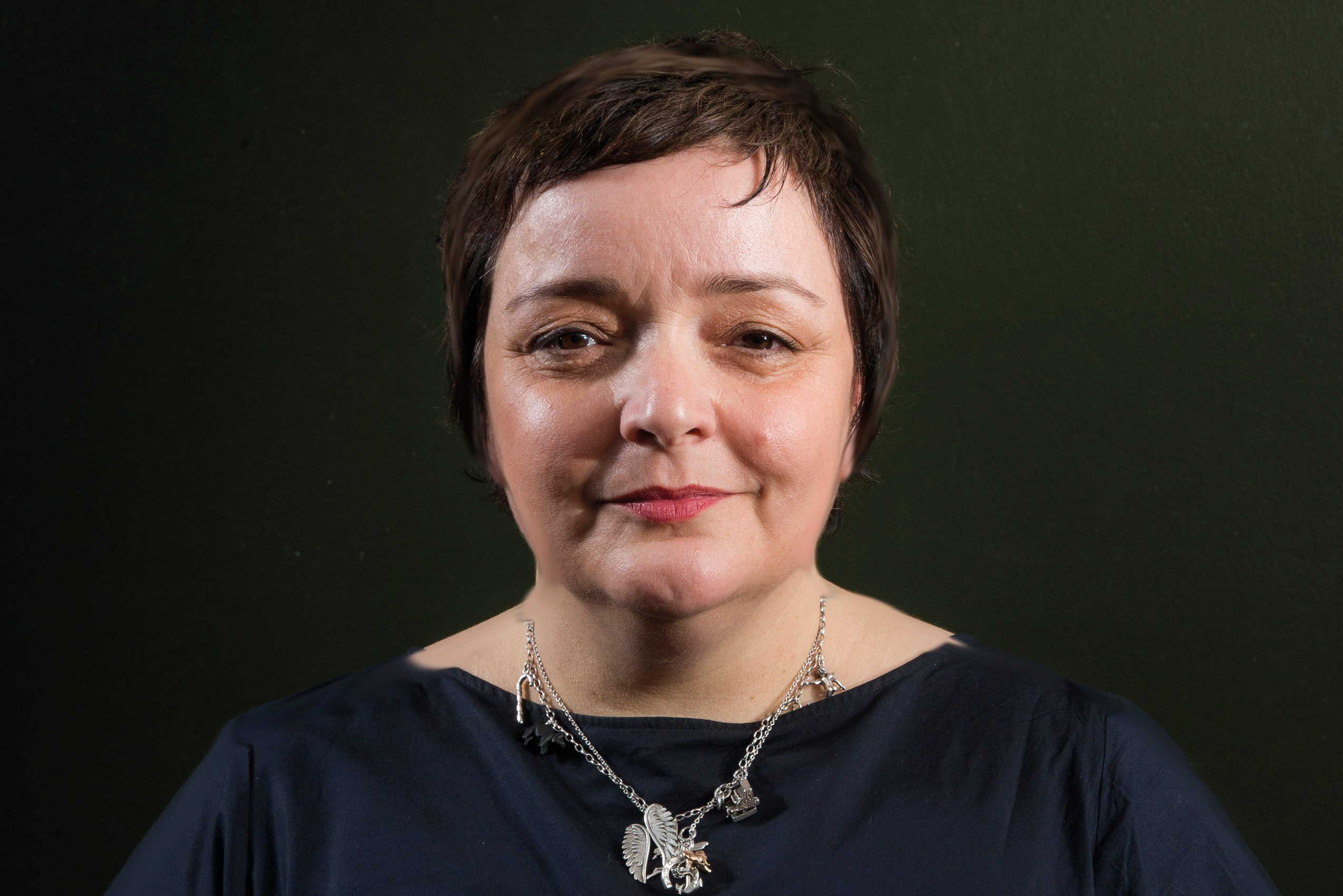 Anyone who saw David Attenborough’s epic Blue Planet II at the end of last year would have been shocked by the volume of non-biodegradable waste that ends up in the oceans. Add to this the amount that is poisoning the planet in landfill sites, and it’s enough to make us stop and question mass consumerism.

Every day, seemingly mundane items such as coffee pods contribute to this waste, with 13,500 hitting the landfills every minute. I, for one, don’t want to add to this waste if I can help it – or see my coffee pod on the screen, floating for eternity among the coral and turtles of the South Sea.

This ad for Halo, an ethical coffee-pod brand, stopped me in my tracks with its graphic and shocking illustration of how much waste the otherwise everyday and prosaic coffee pods produce – and the damage it causes.

In a classic case of David taking on Goliath, the provocative and illustrative approach of this campaign minnow battling the complacency of the coffee giants, combined with the choice of medium and location – how many branded non-biodegradable coffees are served every day at stations? – gave it a swagger and shock factor that would have otherwise eluded it. It revealed that there is a better way.

And with a budget that’s tiny when compared to the amounts typically spent by those multi­nationals that seem to be ignoring the problem to which they are contributing, Halo showed how, by playing smart with timing and spend, outdoor advertising can provide a scale and stand out to effect behavioural change that other, more passive, media cannot.

While I’ve changed my coffee habits as a result and can sleep at night knowing that I’ve cut my contribution to the monstrous volumes of waste poisoning the planet, the wider lesson for brands from Halo – if such a lesson is needed – is that, as an ideal medium for creating a cultural impact, OOH is ignored at their peril.

OOH may be the oldest advertising medium, but it has certainly come a long way from its humble, static beginnings. Thanks to technological advancements such as digital and dynamic ad-serving, complex data sets and innovative infrastructure, it now reaches more people, more effectively and more relevantly than ever before. The opportunities in OOH will continue to grow, not least for these three reasons.

• Reach: The average UK adult spends three hours a day out and about. This means OOH reaches 98% of the population each week, with DOOH expected to account for 50% of this figure in 2018

• Location: The average UK citizen sees 71 OOH ads per day, which means that OOH cannot be missed or avoided. Nor can it be ad-blocked. In addition, brands are increasingly using location-based targeting to serve contextually relevant campaigns on DOOH and reach their audience in the right place, at the right time.

• Touchpoints: Despite the rise of online shopping, consumers now spend 25% more time out and about than they did 10 years ago making the high street an ever-more important touchpoint for reaching consumers. In this OOH environment, research clearly demonstrates that consumers are more receptive to brand messages, with 83% recalling an OOH ad within 30 minutes of a purchase.