Marketers must embrace open-source marketing for brands to prosper, as the rise of social media and digital means that hierarchies no longer trump good ideas, writes Suzy Bashford.

We have long heard that 'an idea can come from anywhere', but various trends are converging to make this marketing mantra more relevant than ever before. Foremost among these is the mindset change sweeping across corporate and personal lives.

As trendspotter extraordinaire Marian Salzman (below, right), chief executive of Havas PR North America, explains in her book What's Next?: 'So many of us are used to looking out for number one, but 2013 might have us rethinking our math. The era of "me" is giving way to the era of "we" in this age of collaboration and common interest.'

The continued drive to get more for less as companies battle tough economic conditions is accelerating this trend.

Although several critics have argued that crowdsourcing is simply the cheapest way to garner several ideas quickly, many companies are investing time and money in fostering a more open culture. Whether you love it or loathe it, Salzman argues that user-generated content and open-source marketing are far from being a passing trend. 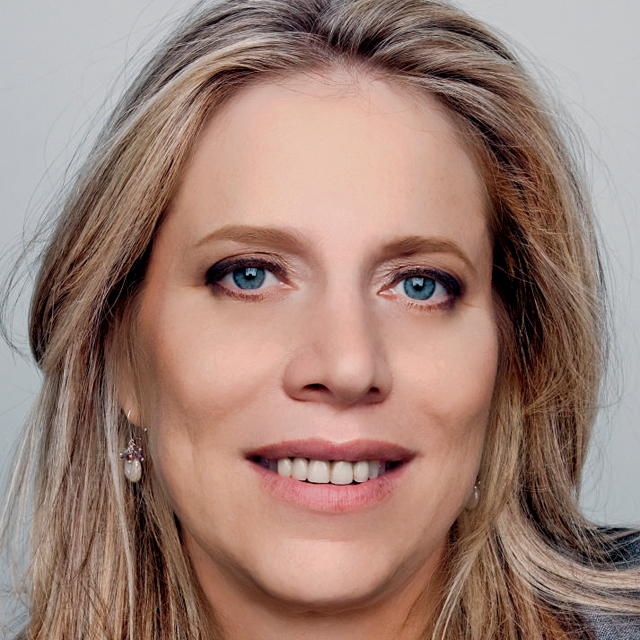 Indeed, the industry's love affair with 'co-creation' has a long history. There is a rich tradition of consumer co-creation in Britain, according to Andy Nairn, the former chief strategic officer at digital marketing agency Dare. He cites the Houses of Parliament, designed through a public competition, as a prime example. Hovis was named in 1890 by a competition winner, Herbert Grime, who contracted the Latin term hominis vis, meaning 'strength of man'.

'We've always been a co-creation nation,' claims Nairn. 'What's changed is that technology has made it much easier for organisations to issue briefs, for consumers to create and submit content and for executives to sift through the deluge of material.'

The proliferation of social media is prompting many brands to restructure in an attempt to drive this open-sourced innovation. 'To be successful, we have to let our consumers play a bigger role,' says Ladislas Beuzelin, global brand manager, Pringles. 'This doesn't mean we let them do our jobs, but simply that we are inspired by them.'

Sainsbury's is one company that professes to embrace co-creation. It has recently developed a more structured approach to working with bloggers through its site.

In addition, it encourages 'open' principles within its business; it runs an internal 'Tell Justin' scheme, where employees submit ideas directly to Justin King, its chief executive. The supermarket also asks questions, such as which cookie flavour it should produce, via Facebook, in an attempt to drive engagement and collate consumer research. This type of approach is more than just a marketing fad for Sainsbury's, according to Joel Dawson, its head of digital marketing and content. 'It is a mindset that permeates through an organisation,' he says.

However, many observers argue that, for the majority of corporations, truly open thinking remains in the margins. Toby Horry, managing director of Dare, argues that few organisations have achieved this crucial cultural change. 'It is still, more often than not, experimentation rather than a wholesale shift in attitudes,' he adds.

Even so, Horry contends that it is vital companies show they are embracing the concept, even if they are only tentatively venturing into open-source-waters. 'Although the number of people participating in initiatives such as 'My Starbucks idea' and Dell's 'Idea storm' is quite small, what is more important is the ideas and how brands use them,' he says. 'The fact that Dell and Starbucks do this activity also helps shape the perception of them as being collaborative and friendly.'

Brian Millar, an innovation specialist and strategy director at consultancy Sense Worldwide, warns that if a brand fails to co-create with these super-engaged customers, 'they now have the means to become your competition'.

However, co-creation is not just about consumers. With such a focus on 'fans' interacting with a brand, there is a risk that marketers might overlook other key groups, particularly their own employees and 'brand rejectors'.

Millar argues that one of the most valuable actions an organisation can take is to engage the 'naysayers'. 'We always insist on getting the "Dr Nos" involved,' he says. 'Find the people who are hacking your product already and the people who are rejecting it. Look for creative workarounds. MPESA is now the biggest bank in Africa. It was born out of a consumer hack. Turning the naysayers' opinions around will do more for innovation than coming up with a bunch of ideas.'

Millar adds that the most valuable assets may be right under your nose: employee-naysayers. 'We (also) get the internal "Dr Nos" involved, such as those working in compliance, the legal department or in finance.'

Reckitt Benckiser is one of the leading examples of a global corporation focused on tapping the innovation potential of its workforce, according to Mark Cowan, managing director of innovation consultancy Happen UK. 'It has cracked a profound insight: if it transplants people from their home countries to markets where they are a "stranger", they approach that market with a fresh curiosity and perspective, from which innovation can flourish. We've seen that work wonders for it.'

That is not to say that internal collaboration is easy; indeed, the consensus seems to be that it is extremely challenging, especially in organisations hampered by corporate hierarchy. 'Whenever you're dealing with human beings, you have a large problem with ego,' says Tom Darlington, marketing manager, Channel 4.

'In our industry there are a lot of strong personalities. That's what makes it so brilliant, but it also makes collaboration so hard. While there's no doubt that digital is important, it's equally important we talk face to face. In my view, nothing beats two or three hours in a room together thrashing a problem out.'

HOW TO FOSTER AN OPEN-SOURCE CULTURE 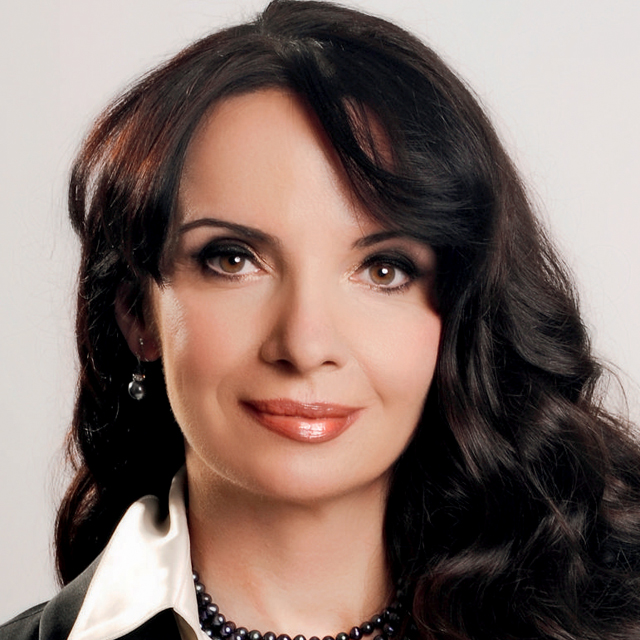 Transparency, trust, autonomy and meritocracy are crucial. People should feel free to express ideas and contribute to the common objectives. They should succeed on the basis of the quality of their ideas, not a formal position in a hierarchy. Natural leaders should emerge on the basis of their contributions and they should focus on outcomes rather than processes.

Social media plays an important role in developing such a culture by facilitating communication in all directions, removing barriers to collaboration, helping employees get their voices heard, enabling knowledge creation and sharing, and fostering the emergence of innovative ideas through interactions.

It takes time, effort and resources.

- Controlling the process Too much command and control stifles innovation and engagement.

Making important decisions and developing strategy without including a wider group of employees will lead to problems with the execution of the strategy.

Some discussions could be lengthy and unproductive, so knowing when an action needs to be taken is important.

IS THE UK A CO-CREATION NATION?

Before we can answer this question, we need to define what we mean by 'co-creation'.

After all, companies have been working closely with customers for years to develop and improve products and services. There is a whole innovation industry built around this, with consultancies such as Happen and Sense Worldwide cherry-picking consumer co-collaborators in an attempt to streamline the process.

However, the recent hype is about the ability of social media to engage customers on a global scale, rather than using them to solve deep-seated, complex business issues. Think more of choosing a brand of cookie's flavour than reorganising the way a brand positions. 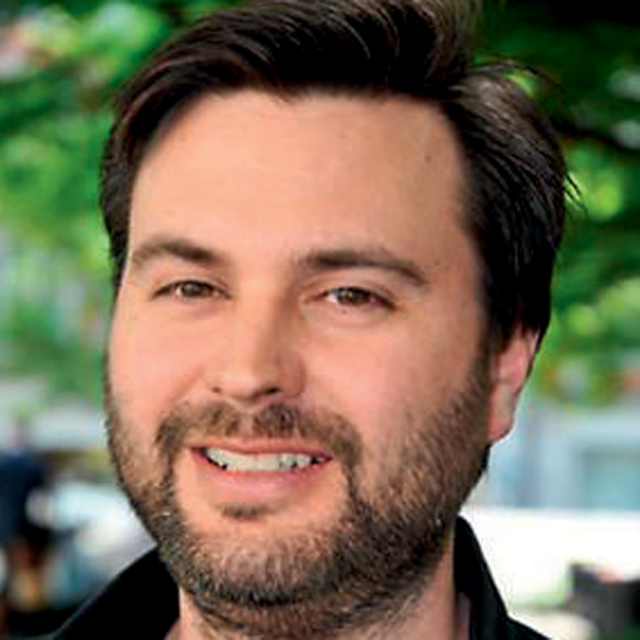 Christian Purser (right), chief digital officer at M&C Saatchi Group, says the biggest change is that 'the modern marketer can co-create faster, in a more cost-effective, scalable and equitable way'.

'Are brands overestimating the degree to which consumers want to co-create, appear in an ad, design a product or "like" an inanimate object on Facebook?' he asks.

'It's more wishful thinking than overestimation. People working for brands, including agencies, can get caught up in the whole story they're contributing to. They really care about the brand and have a relationship with it. The reverse is generally true of the people they're speaking to.'

Marketers must ensure they don't get carried away with their own hype. Consumers will not necessarily want to take part in co-creation. Furthermore, as consumers become more savvy about their power, the rewards need to be clear. The satisfaction of being heard and contributing may be enough - for now - but some trend experts are predicting consumers will become more demanding.

So, are we a co-creation nation? As ever, the answer seems to be all about moderation and depends on the circumstances of the brand or market in question.

Procter & Gamble has a portal for entrepreneurs where it posts live briefs at www.pg.com/connect_develop/index.shtml

Dell invites ideas from consumers about product and service improvements at www.ideastorm.com

Simple Skin Care runs a free members club to get closer to its customers and source feedback at www.simple.co.uk/simplyvip/

Why crowdsourcing can solve the 'always-on' conundrum

Stephen Bayley: 'Nothing has been created by group think or consumers'

Could crowd-sourcing be a useful way to generate advertising ideas?