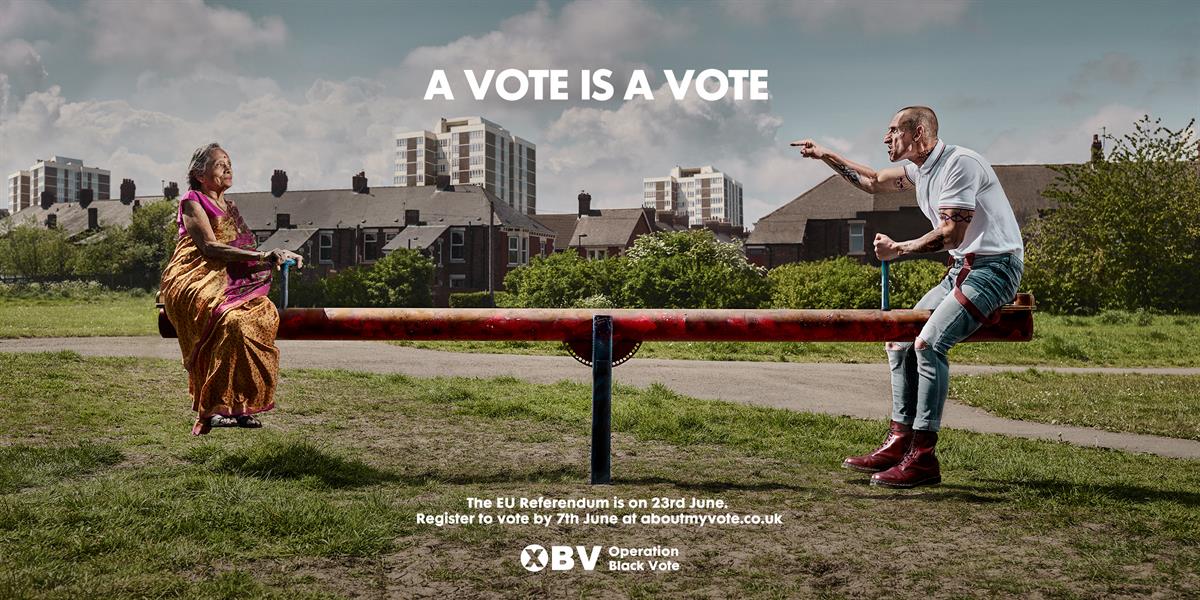 Operation Black Vote, the organisation dedicated to encouraging BAME communities to vote, has released a poster campaign ahead of the European Union referendum in June.

The campaign, called "A vote is a vote", was created by Saatchi & Saatchi London, will run on digital poster sites in London and Manchester, and will be supported by social media executions. The first poster shows an elderly Asian woman and an aggressive-looking skinhead balanced on a see-saw, illustrating the point that all votes are equal. Publicis Media and Posterscope handled media.

NCS "Life after lockdown" by Karmarama