As Ovo sponsors the UK's top men's cycling event, the Tour of Britain, the challenger brand's marketer explains why it is striving to become more than just an energy provider.

The eight day race began on Sunday, and today’s fourth stage will see the event’s 120 competitors ride through Nottinghamshire, from Mansfield to Newark-on-Trent.

According to chief marketing officer Adam Rostom, the event provides the perfect sponsorship opportunity because its attendees and TV viewers closely match those who are already choosing the brand, which is eight-years-old and has 680,000 customers.

"We’ve got data that says cyclists tend to be early adopters, tech-focused people, as well as being greener people," he said.

As well as being on the front foot of technology, and "wanting to do the right thing for the world", Ovo’s customers were "savvy people", he added, attracted by the brand’s proposition that "you get green energy at a price that’s far keener than the Big Six.

"Savvy people choose our brand and we also know that they choose to talk about it – we’ve got some of the highest net promoter scores in the industry."

As part of Ovo’s sponsorship of the Tour, it is introducing electric motorcycles for the first time for the time trial stage, which managing director Chris Houghton called a "small but meaningful" step in making the event greener.

It has also worked with Cake to create a virtual reality cycling experience for fans attending the start of each stage. The experience challenges players to tackle the climb up Brill Hill in Buckinghamshire, which is part of Saturday’s stage of the race, from Hemel Hempstead to Cheltenham. 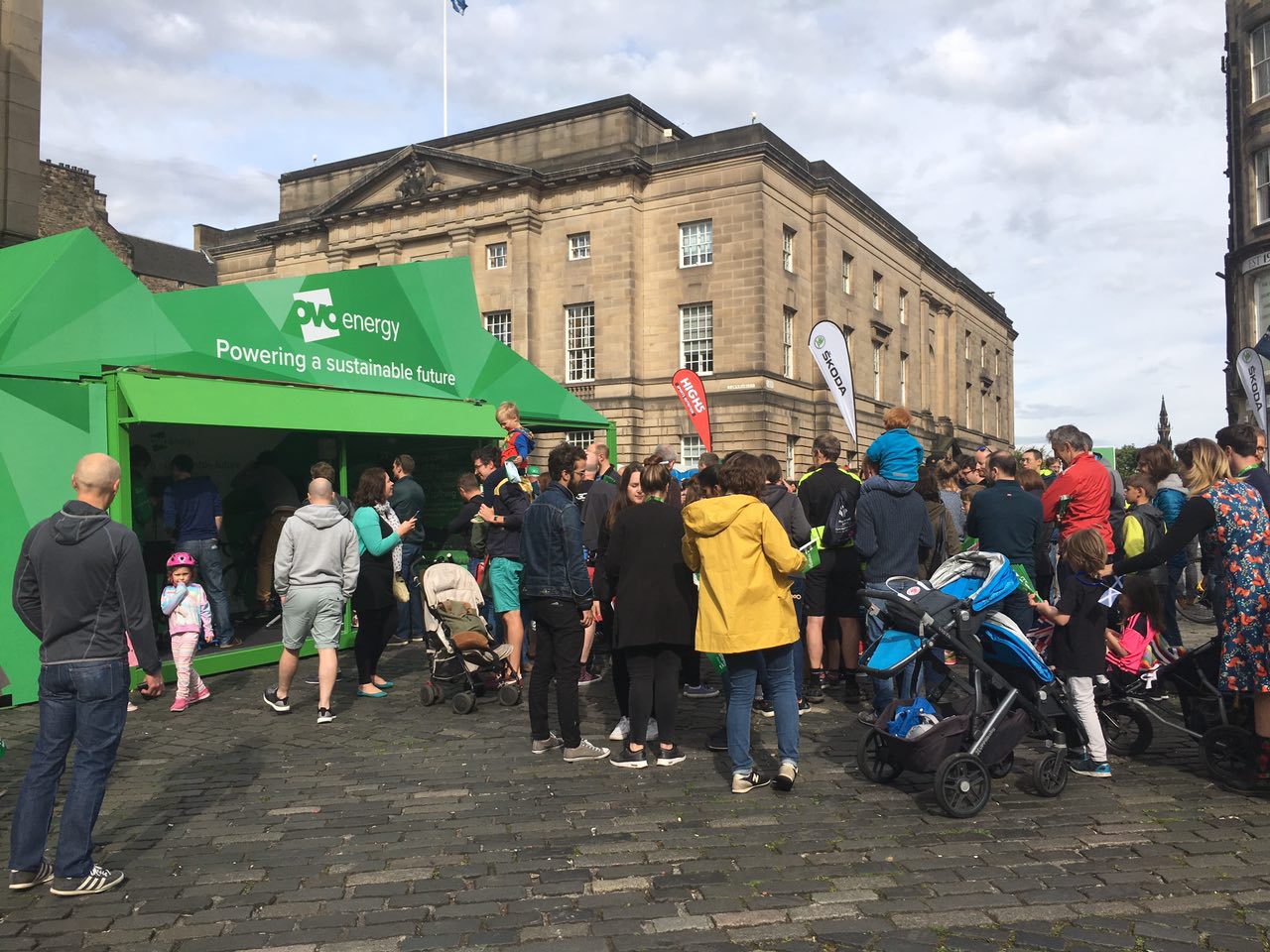 The partnership marks a step up for Ovo, which sponsored one stage of the Tour last year, and follows the brand also sponsoring the Women’s Tour, which took place in June.

It was important to the brand to be supporting the women’s event to the same degree as the men’s, Rostom said, noting that it had been "elevated" by having its final stage take place in London.

Though it remains a relatively small brand against the heft of the Big Six energy suppliers, Ovo’s focus is not primarily on growing its customer base, Rostom said, but on being able to provide other things to its existing customers.

It acquired home service provider Corgi HomePlan in May, and last month announced a deal to supply energy to electric vehicle charging point network Chargemaster, and launching a new tariff, EV Everywhere, that will bundle free membership of the network with home energy.

The brand would continue to expand into areas where it could offer "smart propositions around energy," Rostom said.

"It’s about value exchange – it’s about providing services that make people’s lives easier. If we bring quality products to people in a way that meets that description – why wouldn’t they take them from Ovo?"

How mindset mapping explains customer inertia in the energy market

Brands should be 'fearless' in sponsorship marketing

Pick of the week: E.ON "We got the power" by Engine

Connected tech is not just for 'geeks', British Gas says

Ovo Energy: The 'big six' are not on the side of the consumer