Paddy Power never set out to wind people up, insists Christian Woolfenden as he seeks to position the brand as a lovable rogue rather than attention-seeking pest. Instead, he says: 'We set out to entertain our consumers and have a bit of fun.'

Woolfenden on the benefits of a background in finance

'Mischief' is the guiding philosophy behind the brand's marketing and has been a core aspect of the business from the outset. Woolfenden, marketing director at the Irish bookmaker, says this stems from one of its founders, Stuart Kenny - an embodiment of 'mischief and entertainment'. It is embraced by the whole business, so it is common for colleagues to pitch mischievous ideas.

To get the most out of this USP, Woolfenden has even handed Paddy Power PR man Ken Robertson the title 'head of mischief'. Mounting a giant vuvuzela and then a zozulica - a Ukrainian clay whistle with a tone as annoying as the South African horn - on a branded car was one of the stunts organised by Robertson for Euro 2012. The erection of a 100ft Roy the Redeemer, modelled on Brazil's famous Christ the Redeemer statue, but with England Football manager Roy Hodgson's face, was another stunt pulled off in the run-up to the tournament.

'If you look at the brand equity, mischief is about being funny and irreverent, not offensive, a nuisance or reckless. Anything like this would start to be off-brand equity,' says Woolfenden, adding that it is 'niche' groups that complain about its marketing.

Nonetheless, it sometimes seems that not a day goes by without Paddy Power upsetting someone or becoming embroiled in a row. So far this year the ASA has received 552 complaints about 52 Paddy Power ads - a high rate, by industry standards.

The most complained-about was 'Ladies day', a TV ad that ran in February. It asked viewers to decide whether racegoers at Ascot were 'transgendered ladies', using the line 'Spot the stallions from the mares'. The spot, created by Paddy Power's ad agency, Crispin, Porter & Bogusky, sparked 400 complaints to the regulator, which ordered it off air, saying it 'irresponsibly reinforced negative stereotypes' and 'trivialised' a complex issue.

Revelling in the notoriety, Paddy Power's next ad - showing 'chavs' being shot with a tranquilliser gun to prevent them ruining the Cheltenham Festival - was promoted online as 'too hot for TV' by the bookmaker.

More recently, it baited LOCOG by running a limited number of outdoor ads at London railway stations, proclaiming: 'Official sponsor of the largest athletics event in London this year! There you go, we said it. (Ahem, London, France that is).'

When the Games organiser tried to get the ads removed, Paddy Power threatened to take the battle to the High Court. Eventually LOCOG backed down - but not before substantial media coverage had been generated. 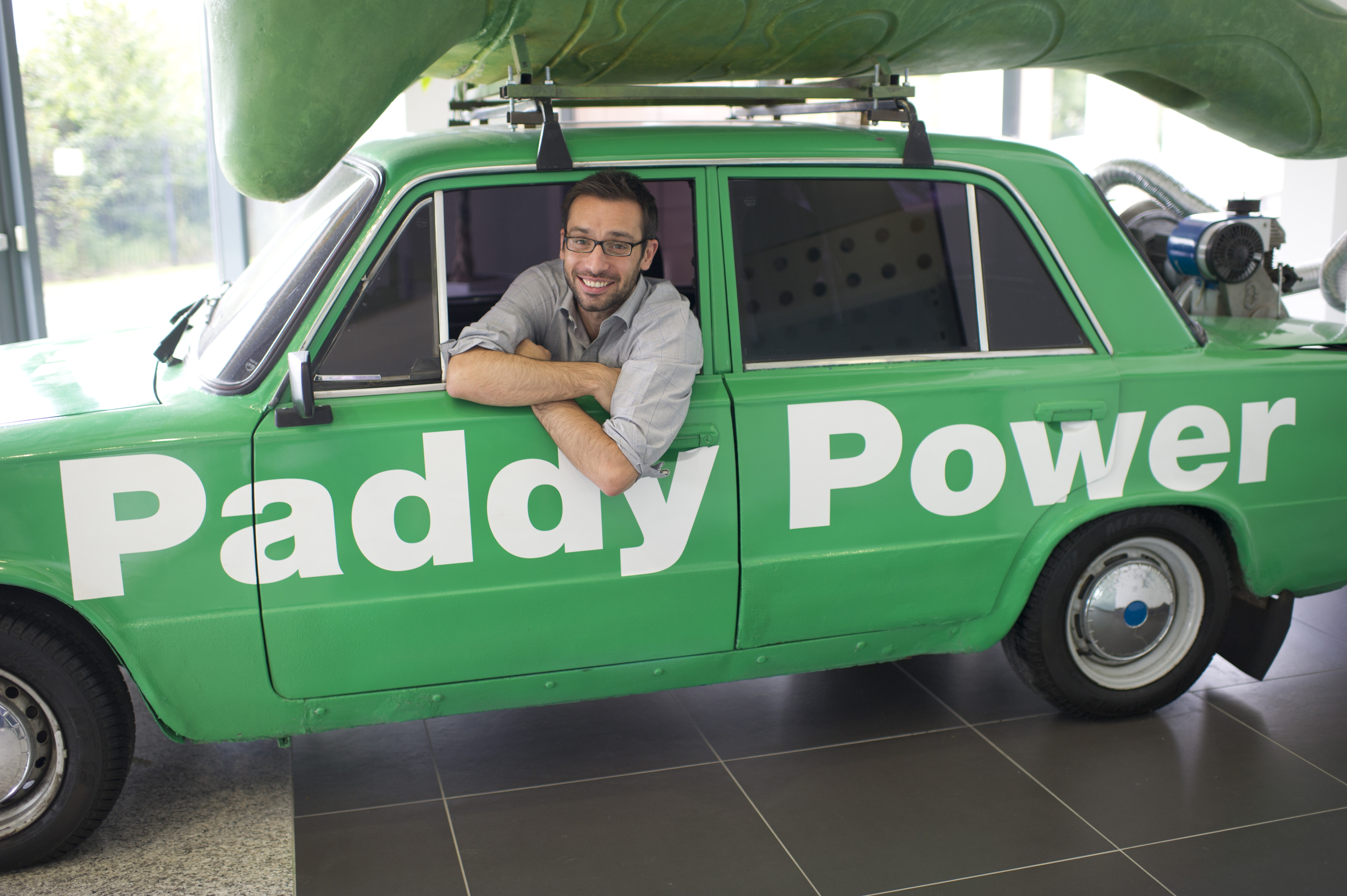 Running controversial activity with an eye on the publicity that a ban or condemnation will generate is a common strategy used by insurgent brands without the ad budgets to buy consumer attention. Ryanair is a past master at this, while self-styled 'punk' craft brewer BrewDog, which makes limited-edition products that contravene drinks marketing rules, is swiftly learning the ropes.

Woolfenden, however, insists that Paddy Power's activity is not designed simply to get a rise out of people to amplify its output.

'If LOCOG had never seen the ad, it wouldn't have mattered in the slightest,' he insists. 'When "Ladies Day" was banned, it was a pain. We'd worked closely with Clearcast and spent money to shoot it, so we didn't want it taken off air.'

Whether you believe this or not, a fact beyond dispute is that Paddy Power is a business in rude health.

Across its various markets - which, as well as the UK and Ireland, include Australia, France and Canada - its 2011 annual report reveals record turnover of EUR4.6bn and operating profit of EUR120m, up 16% on the previous year.

While it opened 41 shops in the UK last year and intends to grow its retail footprint, online is its focus, constituting for 79% of its operating profit. Paddy Power benefits from first-mover advantage in this area as, back in 2000, it was the first of the major bookmakers to launch an online operation.

Indeed, it was its efforts on the digital side of the business that tempted Woolfenden away from his last employer, Bacardi. He had been set to make a glamour move to Miami to head the North American marketing for the firm's vodka brands, but Paddy Power chief executive Patrick Kennedy persuaded him to join the gambling sector.

Woolfenden admits that he was initially lukewarm about the idea of joining Paddy Power, but changed his mind after his meeting with Kennedy, who talked him through the business, the importance of brand and future plans.

'It's fast-moving, more about technology and digital and new consumers - all of the things FMCG is just a little bit slower on these days. So it wouldn't have been a role that was top of mind, but the minute I started thinking about it I realised it was an exciting proposition,' he adds.

Gambling, says Woolfenden, has been transformed by the shift to digital. 'When you're out and chatting to your mates about the football, it's much easier now to put a couple of quid on a bet. The number of touchpoints you can use to connect with people is phenomenal.'

He pays tribute to the 'marketing ops guys' who 'look like they are 15' and are in charge of analysing the digital marketing efforts. 'Whether it's pay-per-click, SEO, the impact of banners or Facebook advertising, they are almost real-time playing with them to make sure they are as efficient as possible.'

During Cheltenham and Euro 2012, Woolfenden sat in on what this team calls the 'daily prayers' meeting, where they discuss what is working and plan for the next day. He was 'blown away' by their work. 'There are a lot of smart graduates and mathematicians in this business,' he notes.

Social media is at the heart of Paddy Power's marketing, often inspiring both its digital and above-the-line campaigns. 'We hear you' is the brand's ad strapline and, alongside mischief, a central marketing theme. 'If you look at what people tweet to Paddy Power, or go on our Facebook page, there's always good stuff,' says Woolfenden.

The 'chav tranquilliser' ad, for example, was driven by someone complaining about louts at the races, he adds. Crispin Porter & Bogusky has access to the brand's listening tools so it is able to monitor the buzz, then create content with these insights.

The bookmaker claims that its UK and Ireland social-media activity, in terms of volume and engagement, surpasses that of Coca-Cola, Nike Football and Starbucks.

Woolfenden hopes that 'We hear you' travels well, as the theme is being deployed for its launch in Italy. TV ads due to break this week, in time for the start of the Serie A football season, poke fun at the number of stars sitting on top clubs' subs' benches - but still earning a fortune. Another spot, which could land Paddy Power in hot water again, depicts Jesus solving all the game's ills.

Over the longer term, Woolfenden's focus is on embedding and recruiting his team, which has grown from 15 to 20 over the past year and is set to hit 25 in 2013. In October, Danny Russell, who headed BSkyB's market research department, and former Domino's Pizza marketing director, Robin Auld, joined as insight director and head of brand, respectively.

Sparky, personable and oozing charisma - and still only 34 years old - Woolfenden has the air of a man who is going places. He originally wanted to work in banking and qualified as an accountant at Procter & Gamble. It was during this time that he got a taste for marketing when he was placed on one of the brand teams as its finance analyst.

'It used to really irritate me how (marketers) would splurge money on things that were clearly a waste of money and I would moan about it quite a lot,' he says. 'So the marketing director told me to have a go, and I did, as a six-month trial.' He says this went well: he has not looked back.

Woolfenden admits that working in finance was 'a little boring', but recognises that his background is a bonus in an age where marketing output has to justify its value in the boardroom.

'I'm a big fan of econometrics, making sure that, where we can, we are measuring how effective we are being with spend and optimising that constantly. I don't know that I would have been as good at marketing had I not started out in finance.'

While acknowledging that such skills stand him in good stead for a move into general management, Woolfenden says: 'I haven't decided whether it's something that I want to do,' before adding with a grin, 'and marketing is such good fun.'

40% - Paddy Power's share of the social audience among bookmakers 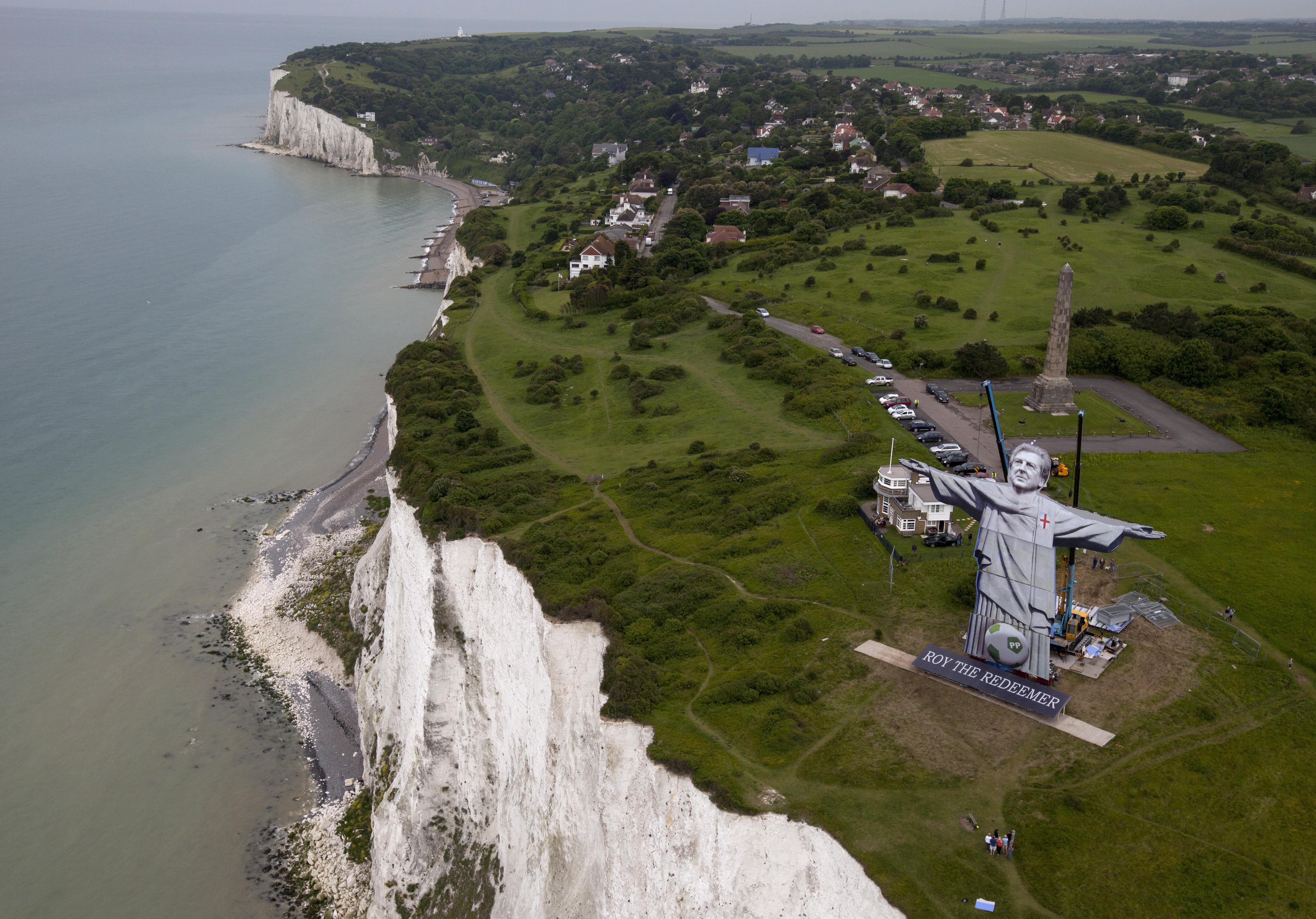 Paddy Power ran a comprehensive marketing campaign under the 'We hear you' banner in the lead-up to and during this summer's Euro 2012 football tournament.

The push covered a range of activity from TV and viral films through to stunts with 'lucky pants', a 100ft statue of England manager Roy Hodgson and a giant Ukrainian clay whistle called a zozulica.

Family: Married with one child.

And another thing: Woolfenden ran an award-winning not-for-profit carbon-offsetting company called Growaforest. This resulted in the planting of more than 1000 trees in his home county, Lancashire.

- Ensuring that the brand's 'mischief' positioning does not become annoying or offensive.

- Exporting the brand personality to new markets as Paddy Power pushes on with its international expansion drive.

- Bedding in and recruiting a new senior team of marketers.

Brands at the Olympics: Highs and lows so far