Most read: Google tells brands to spend 24% of TV ad budgets on YouTube

Why? Because according to their own research, cost-per-reach will be optimised, Campaign's James Swift reports from last night's Brandcast event.

She said it was a particularly effective medium for attracting "the hard to reach 16- to 34-year-olds".

Naughton also cited Ipsos research (conducted in conjunction with Google) that stated seeing a campaign on TV and YouTube was more influential than seeing the ad the same number of times on just television.

Google also analysed an unspecified (citing hundreds) number of campaigns globally – finding that 96% of ads measured resulted in an average lift in recall of 71%.

Leo Burnett's award-winning press ad for the charity Karma Nirvana has escaped a ban from the ad watchdog, Campaign's Gurjit Degun reports. The Advertising Standards Authority received six complaints about whether the ad was distressing or condoned unsafe practice.

The ASA agreed with the charity's response that the text in the ad made the intentions of the charity clear, and said it was "unlikely to cause unjustifiable distress".

Read on for more about the original Karma Nirvana ad.

The film is part of the wider 'Creative Freedom' campaign running through October across broadcast, radio, print and outdoor ads.

Check out more of the latest ad campaigns. 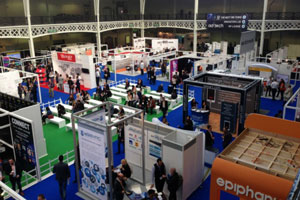 Yesterday at ad:tech London, representatives from Paddy Power, ZenithOptimedia, John Lewis and Evian discussed the techniques that had led to successful digital campaigns.

Here's one of them, Paddy Power's discovery of the shareability of crude-looking videos.

As an example, Mallon used the brand’s partnership with former Manchester United footballer Paul Scholes, who was Paddy Power's pundit for the 2014 Fifa World Cup.

In the brand's video (above) Scholes diverts from his interview to kick a football at two loud Italian football fans.

Paddy Power has also been experimenting with this concept through user-generated content (UGC).

"Most of it is illiterate content, but we put a voiceover over the one-minute video and on average, they are getting about 200 retweets and 200,000 views. It’s relatively easy to produce and a quick blast of content."

Next up: Stefan Bardega, ZenithOptimedia’s chief digital officer, highlighting the one area about to blow up in the search engine sphere.

While Paddy Power continues to impress on social media, bet365 is tacking in another direction.

The presenters will make their predictions for the weekend's games, and discuss the betting opportunities. Putting someone else's money where their mouth is, they'll be gambling with £50 provided by bet365, with the winnings going to a charity once the season's over.

The podcast will be distributed by Acast on its platform, iTunes, and across the web, beginning this Friday.