Publicis New York and non-profit ShineMSD sent the Instrument of Hope on tour with famed musicians.

"We all fall into the same routine after a tragedy," stressed Matt McKay, executive creative director at Publicis New York. "The outrage fades, the news cycle ends, and we go back to our lives."

But the agency and survivors of the Parkland shooting aren’t allowing America to move on. Not this time.

Publicis partnered with the students of Marjory Stoneman Douglas High School and non-profit ShineMSD to make a trumpet crafted by bullet casing.

The Instrument of Hope is on a cross-country tour with famed musicians to inject life back into the conversation around gun violence.

McKay continued: "There are those that can’t go back to their regular lives. We’re honored at Publicis New York to work with the survivors on this great project to keep the conversation around gun violence on the main stage."

The trumpet began its tour in Oakland, California, on February 19 this year. It has since been played by Big Bad Voodoo Daddy, Keyon Harrold, and Brian Newman in New York City and Las Vegas at The Cosmopolitan.

Glen Friedman performed The National Anthem on the trumpet April 3 to open the Miami HEAT vs Boston Celtics basketball game. The latest performance was on April 6 by Amos Lee at the Met Philadelphia.

There is no formal schedule for the tour. The goal is that the trumpet will be passed from artist-to-artist for the foreseeable future. When the tour does sunset, the Instrument of Hope will find a permanent home at the ShineMSD organization in Parkland, Florida.

"Looking to honor the memory of those lost to gun violence and make a lasting statement against it, the Instrument Of Hope was the perfect project. Forever grateful for the support of all the musicians that have helped to amplify Shine MSD’s message of hope and healing through the arts." 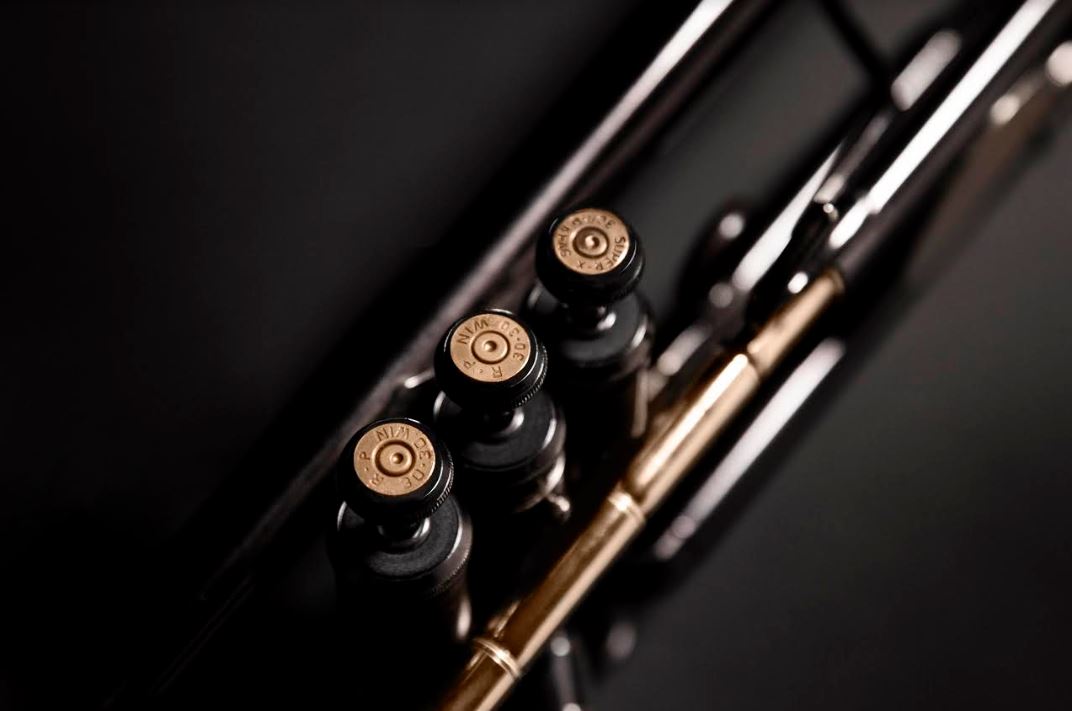