There have been some key trends in fan engagement in the sports world in the past year, and exciting developments are predicted for this year.

The flurry of reviews and trend forecasting that happens in December is often accompanied by statistics that support the authors’ views. The beauty of these is that they sound impressive but, if you are making claims for a decade ahead, no-one is really going to call you out.

Consequently, in fan engagement, especially technology, there have been some absolute howlers. Virtual reality is very much not fundamental to fan engagement (as was predicted in 2014); the wearables market is only worth $24bn, rather than the $53bn predicted in 2010; and despite assurances in 2010 that paper ticketing would be extinct, there’s a large pile of them on my desk.

This summer #ASRoma is using the publicity generated by each transfer announcement video on social media to help raise awareness about the search for missing children globally.
@MissingKids ?? @telefonoazzurro pic.twitter.com/bz1eCyRm9F

While the stunts often get the attention, in truth the past year has seen invisible innovations make the real hard yards. Certainly, we’ve seen some fun work in 2019’s major tournaments, but most activation was "quieter", with emphasis on more tailored engagement, such as better leveraging of newer social media platforms. Two brands that stood out were World Rugby on TikTok during the Rugby World Cup and AS Roma’s leveraging of transfer-window interest to promote awareness of missing children. 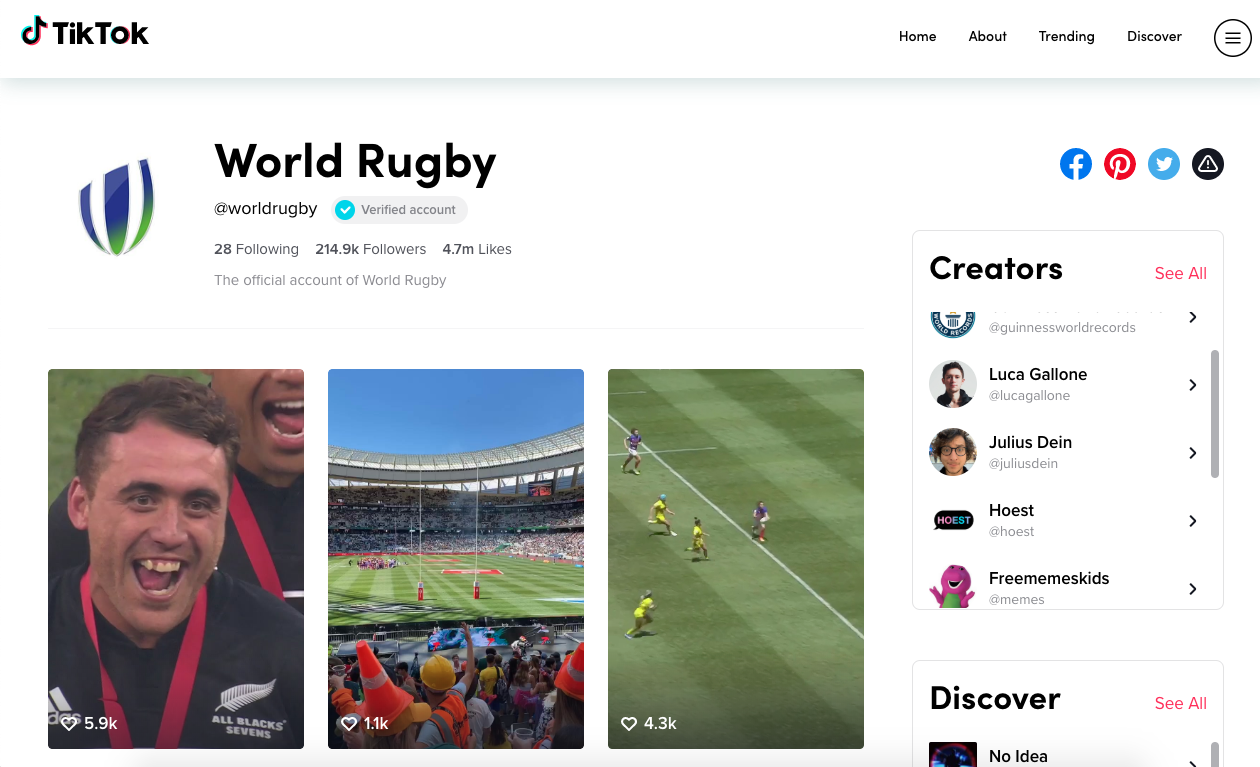 It speaks volumes that Estudiantes de La Plata’s augmented-reality prowling lion (pictured, above) enjoyed the headlines it did; it was an undeniably impressive piece of work, but battle arena game League of Legends actually beat the Argentine football club to the punch in 2017 with a remarkable live rendering of Elder Dragon at the League of Legends finals.

So, what were the key trends from 2019 and how will that shape brands’ behaviour in engaging fans next year? From what we’ve seen, here are our stats-free predictions…

A major trend was the need to create tangible commercial returns from marketing investment. Whether by driving subscriptions, selling more tickets or lowering production costs to increase profits, brands are looking to maximise revenues, not simply flag-wave when creating relationships with fans.

Data: yours, mine or ours?

The adage "if you’re not paying for the product, you are the product" was never truer than in 2019. This sits interestingly alongside marketers’ quest to generate returns, but how will the exchange of data for rewards continue? Two clear factors influence sports fans’ data-sharing: do they trust the brand harvesting the information and is the reward worth it? Increasingly, this means highly personalised, relevant and engaging content delivered in the manner of fans’ choosing. So, in 2020, marketers better be able to differentiate their Snapchat from their Spotify.

The hype surrounding VR in sport has been deafening for several years, but it really hasn’t justified the talk time. AR, currently the far more embraceable tech, is winning the race largely because it is so nimble. There are two types of AR, marker and markerless, which in layman terms are essentially images related to a product or ones posted in the sky.

AR is dramatic (as Estudiantes’ lion proved) and lends itself much more to gamification, which has been a growing force in sports for several years. For example, at live games, rather than cannons firing merchandise into the crowd, fans can catch prizes virtually using their phones. Expect much more of this in 2020.

This is another extensively discussed topic as the associated speeds and capabilities are so impressive. That said, with fewer than 20 UK cities currently 5G-enabled, it is still a way off being a major factor in fan engagement – and as the saying goes, quick downloads don’t compensate for boring content.

Any brand operating in sport that isn’t yet thinking about its environmental behaviour is already behind the curve. As sports battle to win over ever-younger fans, sustainability will be key – as well as being the right way to behave. Tokyo Olympians can look forward to recycled gold medals; Ireland’s Aviva Stadium boasts 100% renewable energy; and eco-cups keep nine million plastic beakers from landfill annually.

But with fans generating on average 41 tonnes of CO2 per live fixture, they will look to sport to improve its own behaviour as well as theirs. This trend has been a slow but steady burn, but the good news is that it is speeding up fast – in no small part powered by fan expectations.

The past 12 months presented another wonderful sports calendar and 2020 should be even better. The Olympics and Euros are highlights, alongside the perennial favourites of the Six Nations, Formula One, Wimbledon and Ascot. But the year ahead isn’t simply about great on-field action – we look set to see some significant yet subtle changes off it too.

Rebecca Hopkins is chief executive of The STA Group

It's a big year for sport

Raheem Sterling gives back to Brent in Nike's latest spot

How Twitter helped bring a cult game back to life

Premier League campaign reinforces there is 'No room for racism'

How Honda, BMW, Mini and Samsung are bringing their brands to life at Goodwood

Carabao Cup draw in a zone 4 Morrisons: why not?

Can the Champions League rival the Super Bowl for brands?

Why sports rights holders are losing the sponsorship game