Ex-creative chief at AMV has launched business with Andrew Pinkess to help clients in age of climate change, pandemics and tech disruption.

Brazier is launching the business with Andrew Pinkess (pictured, below), former head of business innovation at AMV.

Called CoEx, the agency’s focus will be helping clients rebuild and re-energise in the era of climate change, pandemics and technology disruption.

CoEx launches today (Friday), which is World Environment Day, and coincides with Responsible Business Week, which starts on 8 June. Brazier and Pinkess said they are in discussions with a number of potential clients, ranging from large international aid organisations to small tech start-ups. 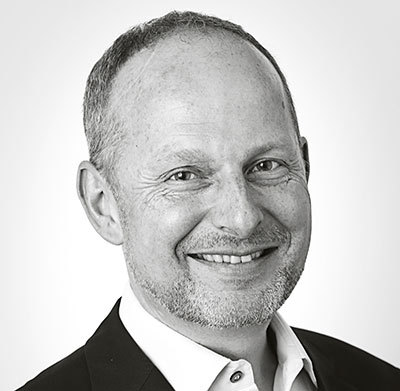 The staff consists of Brazier and Pinkess but they will work with a network of freelancers comprising marketing strategists, analysts, designers, creatives, digital developers and producers, as well as environmental and sustainability experts.

Brazier left AMV in 2019 after 27 years at the agency. He joined in 1991 and worked on some of its most famous advertising during the 1990s, becoming its third executive creative director in 2005 after David Abbott and Peter Souter.

CoEx will operate virtually during lockdown but aims to set up a central London base later this year.

Brazier and Pinkess said: "With CoEX, our aim is to pull creative firepower upstream and let emotion and logic blend together earlier to deliver breakthrough solutions for clients. That might mean a new campaign, but it could also mean a new product, service, technology or way of working.

"In the post-pandemic, climate-change era, we want to do that in an ethical and sustainable way. Because businesses and agencies that don’t act responsibly will surely not be around in a few years’ time."

AMV's Sarah Douglas on changing workplaces and being more maverick