In his new book the former BMP and DDB head of planning rails against abstract creativity.

When we talk about creativity in advertising, we should mean one thing only – the creation of tangible, specific, embodied works, that only confront the public as finished wholes. These are not abstractions. If we say we “have ideas” or “devise strategies”, these are only, at best, part of the means to the end of creating an actual work, an actual show. We are not in the business of ideas. 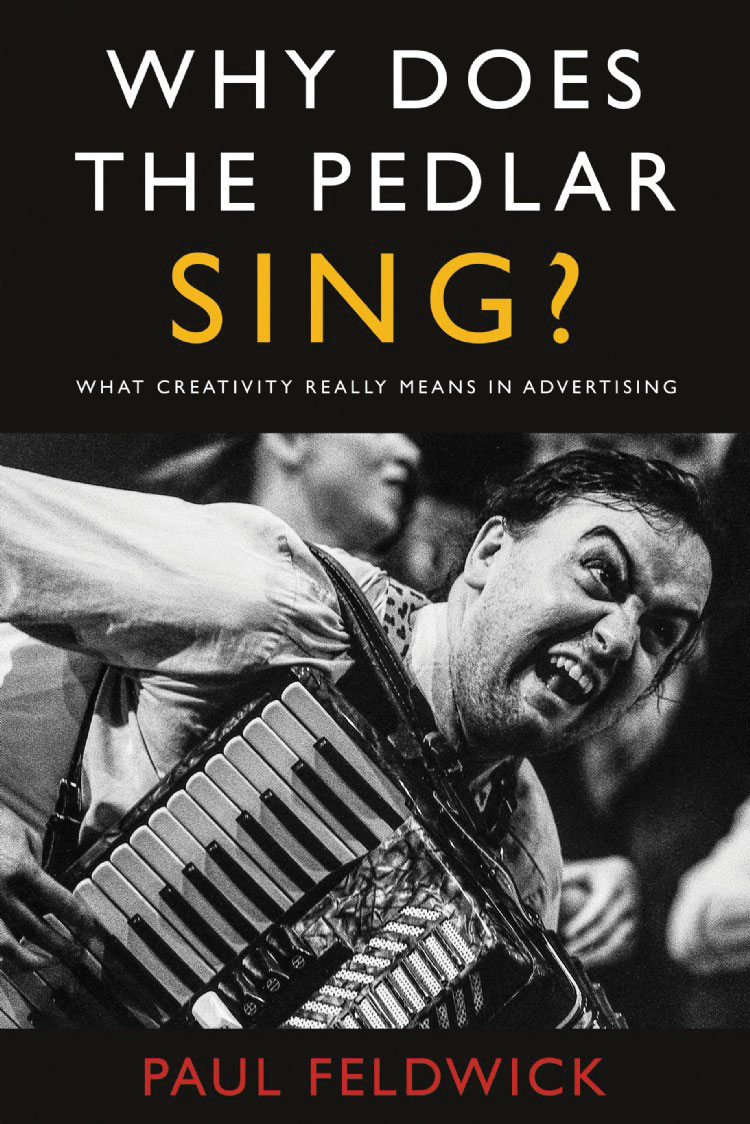 I know some people will find this statement heretical, or even baffling, because the use of the word “idea” to describe the outcome of the creative process in advertising is so universal and has a long history. James Webb Young titled his famous book, A Technique for Producing Ideas. In any interview or Campaign article, you will find phrases like: “How advertising’s big ideas are born”, “Why all agencies need to look for the big idea”, “What retailers need right now from agencies is great creative ideas ...”.

That common variant, “big idea”, can be attributed to David Ogilvy. The last time I was inside Ogilvy London, this quote was all over one wall: “Unless your advertising contains a big idea, it will pass like a ship in the night.”

This is well known. Yet not so many people seem to have read it in its original context, Ogilvy on Advertising, where the author admits that: “I doubt if more than one campaign in a hundred contains a big idea. I am supposed to be one of the more fertile inventors of big ideas, but in my long career as a copywriter I have not had more than 20.”

But what did Ogilvy mean by a big idea?

He goes on to give a few examples:

• the American Express commercial format “Do you know me?”

It’s clear that, in every case, what Ogilvy means by a “big idea” is not an abstraction, but something specific and tangible: a distinctive visual image, a slogan, or a commercial format. In fact, these are all good examples of successful and long-lived distinctive assets or fluent devices – which, despite their proven effectiveness, seem bizarrely out of fashion in much of today’s advertising.

However, for most people today, the word “idea” does not mean what Ogilvy seems to have meant. It may usefully mean that early stage in the creative process when something is glimpsed but yet unformed, as when John Webster would mention, “I’ve had an idea” and we’d go off to his office. In this sense, an idea is a starting point, but it is far from being the finished article.

This amount of weight I think the word can take, but idea is also used as if it meant other things, and it’s often unclear in casual advertising discourse what exactly it does mean.

This can be part of the word’s usefulness, because you don’t have to specify whether you’re talking about an ad, an end-line, a strategy, a moment of inspiration, a campaign theme, or a distinctive asset. But these are all different things, and it would be better to give them different names.

However, the word is at its most dangerous when it signifies the “creative idea”, imagined as some Platonic abstraction behind the ad or campaign, which can be defined in words and written down in a strategy document, and from which all the mere “executions” can be generated in a way that will ensure consistency and control. It is analogous to the notion of “brand essence”, but it is, if anything, even less meaningful.

Try for a moment this experiment. Think of an ad or a campaign that you admire (preferably one you also believe to be effective). Now write down what you think is the “creative idea” behind it.

I have tried this many times with groups of people who speak casually about creative ideas, and I can promise you two things. However plausible your form of words is, it is only one of an infinite number of plausible answers. At best, you will have come up with a banal and generic summary of the content, or, if you’re cleverer, some interpretation of what you think its “themes” are about. In neither case will you be within a million miles of even the simplest actual work.

What’s more, if you gave any of these “ideas”, or even all of them, to someone who had never seen the actual ad, they would have no conceivable way of reconstructing the ad itself.

Paul Feldwick is the author of Why Does the Pedlar Sing? What Creativity Really Means in Advertising and The Anatomy of Humbug: How to Think Differently About Advertising.