Martech innovations continue to focus on incremental gains rather than transforming the industry, judging by the start-ups on offer at Publicis Media’s TechTinder event.

While some of the 13 start-ups on show offered novel ideas for brand marketing, such as new digital vouchers backed by blockchain or a new ad format supporting charitable giving, most offered ways to make existing brand activity faster, smarter or cheaper.

"Martech is in the doldrums compared to health and fintech, despite continuously innovating," Publicis Media’s Jim Kite warned at the close of TechTinder, which was billed as a "speed-dating" event. 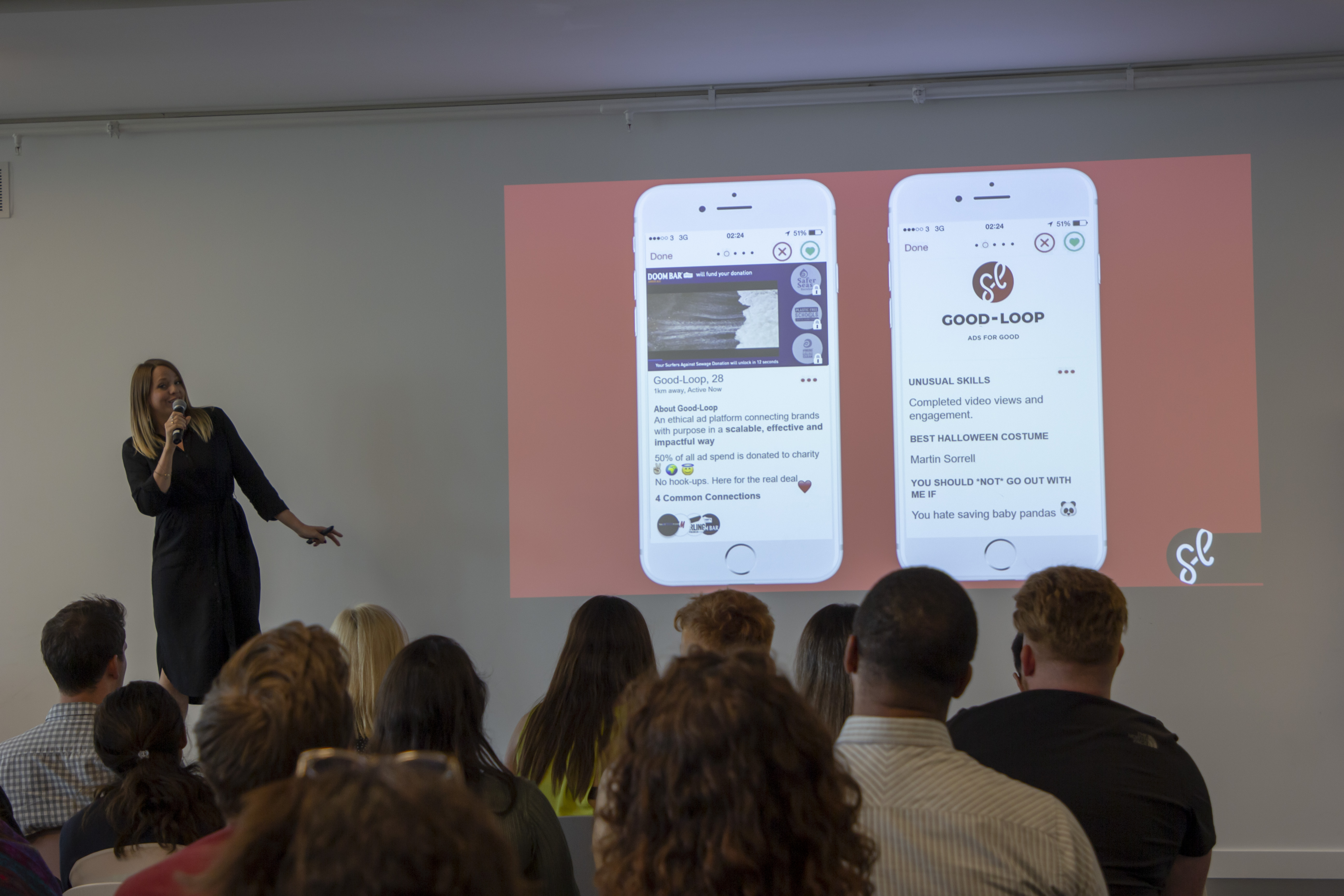 Start-ups were given just 90 seconds to pitch to an audience of brands, followed by an hour of networking.

Kite, global head of NextTechNow and start-up partnerships at Publicis Media, told Campaign that fledging "martech" companies were being incentivised to make things "just a bit better" – compared with the seismic changes that tech is bringing to other sectors.

NextTechNow, which Publicis Media rolled out globally in 2017, positions itself as an "agnostic connector" between brands and start-ups that may lack business development personnel or the sales experience of pitching to marketers.

The way marketing services companies such as Publicis position themselves as facilitators of technology for clients is likely to be a key battleground. Late last month, Sir Martin Sorrell said his new venture S4 Capital’s "agnostic" approach to advising on tech meant it was more agile than traditional ad holding companies.

AdColony
Creates interactive ad formats (often by inserting a game or 360-degree viewable image as part of a video ad).

Blockv
While cryptocurrencies backed by blockchain are not new, Block has created vAtoms, a kind of crypto-voucher brands can trade with consumers, or consumers can trade among themselves.

BlueFox
A tracking service that collects anonymous smartphone data to measure consumer traffic counts and dwell times. For example, it can measure when smartphones are connected to a local Wi-Fi signal and provide data on foot traffic and campaign performance within seconds. BlueFox claims to promote GDPR compliance because it counts people by mobile device signal, not by profiles created by individuals’ data collection.

Cavai
A service enabling brands to deliver chatbots within their programmatic media buying plans, just as easily as delivering banner or video ads.

Flux
A platform that uses live data to create dynamic digital out-of-home campaigns (in partnership with Publicis Media). Because brands have control over the content displayed on a screen at all times, Flux pitches its platform as "not a poster… it’s a canvas!" Clients include Malibu and Seat.

Formisimo
Uses "deep-dive on-site analytics" to give brands insights into how people are interacting with online forms. Its new Zuko platform claims to "measure form behaviour in a thousand ways".

Good-Loop
A self-styled ethical online ad format where 50% of the ad revenue is donated to a charity if a consumer watches at least 15 seconds of a 30-second ad.

OnePulse
A mobile-based real-time panel that can access highly targeted consumers for short questionnaires with a fast turnaround (up to 1,000 responses in less than an hour).

Picnic
Allows brands to create interactive ads in the style of the Stories format popularised by Snapchat and Instagram. "Promoted stories" can be delivered on mid-page units sold by premium mobile publishers.

Poplar
A network of freelance augmented-reality creators founded by former EMEA head of YouTube Spaces David Ripert. They promise quality AR creative output at much less than the average cost (as well as in half the time). Poplar claims brands pitching competitive briefs within the network can produce high-quality AR work for Snapchat cheaper (£4,000-10,000 versus the average £100,000) and quicker (two to three weeks versus the average six to eight weeks).

Seedtag
A service using machine-learning technology to analyse images and then integrate ads in brand-safe and contextually relevant environments. The images are exclusive, after the company secured licensing deals with media owners such as Sky Sports, MTV and Global.

Tweepforce
An artificial intelligence-powered conversational engine for chatbots that can be used on any platform, including Facebook’s Messenger and Twitter. Its clients include Siemens, Samsung and LateRooms.com.

ViewersLogic
Claims to be the first tech to simultaneously collect behavioural data from a consumer’s TV, mobile and offline activities. It has created a panel of more than 6,500 people, with people paid with Amazon gift cards in exchange for their media usage being tracked anonymously.

Agencies on the move: A look at Publicis Media's move to Television Centre