Sara Kimberley loves Rainey Kelly Campbell Roalfe/Y&R’s new spot for GHD: "I’m sure the director Floria Sigismondi has been influenced by Baz Luhrmann. This ad is a cross between Moulin Rouge and Romeo + Juliet, with a hint of Tim Burton’s Alice In Wonderland. The costumes are so lavish and the music by Le Rev, which has signed to the agency’s new record level, fits the ad perfectly." It was written and art directed by Steve Williams and Adrian Lim, and directed by Sigismondi through Believe Media. 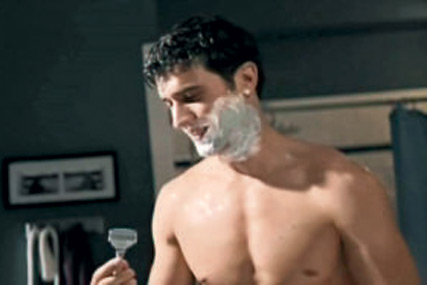 It’s not like ads in this category are ever going to set the world alight, but Anne Cassidy is massively underwhelmed by the latest Wilkinson Sword ad by JWT New York: "I wouldn’t want this guy around on my summer holidays. Every time he shaves, there is a massive shower of rain. That’s a metaphor, folks, for the hydrating powers of Wilkinson Sword shaving products. And as metaphors go, it’s the clunkiest I’ve witnessed in ages. I’m surprised this idea made it past the pitching stage."

The Newsonomics of Kindle Singles