Matt Williams is pleased to see Virgin Atlantic flying to new heights with its latest ad, created by Rainey Kelly Campbell Roalfe/Y&R: "Not only is it pleasing to see a brand have the balls to roll out an epic television spot like this, but it’s great that Virgin has managed to make it cool, fun and sexy, yet still just about staying on the right side of cheesy. It’s a great soundtrack too." The ad was written and art directed by Pip Bishop and Chris Hodgkiss, and directed by Traktor through Partizan. 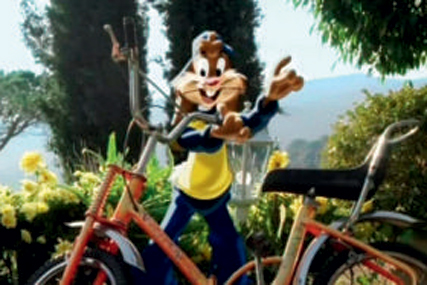 Katherine Levy is hopping mad over McCann Erickson Barcelona’s new spot for Nesquik: "What a patronising ad. The annoying rabbit tells parents to feed their kids Nesquik – aka a sugary milk drink – because ‘they only grow up once’. Plus, the bunny’s voice is badly cast – in my head, it sounds like a little squeaky bald man with a bunged-up nose. The spot shows the kids making a mess, yet their mother appears as a fresh-faced Nigella-type shimmering implausibly in a silk blouse at the end."