Young people from across London speak out against racism in stories based on their personal experiences.

Notting Hill Carnival was cancelled this year, but Create Not Hate wanted to keep the street party’s spirit of protest and tolerance alive.

The initiative, which was set up by Quiet Storm and aims to bring more young people from ethnic-minority backgrounds into the creative industries, launched an anti-racism campaign that draws on personal experiences of racial profiling. It was co-created with young people from across London, such as Emmanuel, whose film tells a story about three men mistaken for violent thugs, when actually they are practising lines from Shakespeare.

In addition to the films, the campaign includes posters, press ads, T-shirts and face masks that send the message that “all people are the same under the skin”. The work is memorable for its honesty, sincerity and hopefulness. 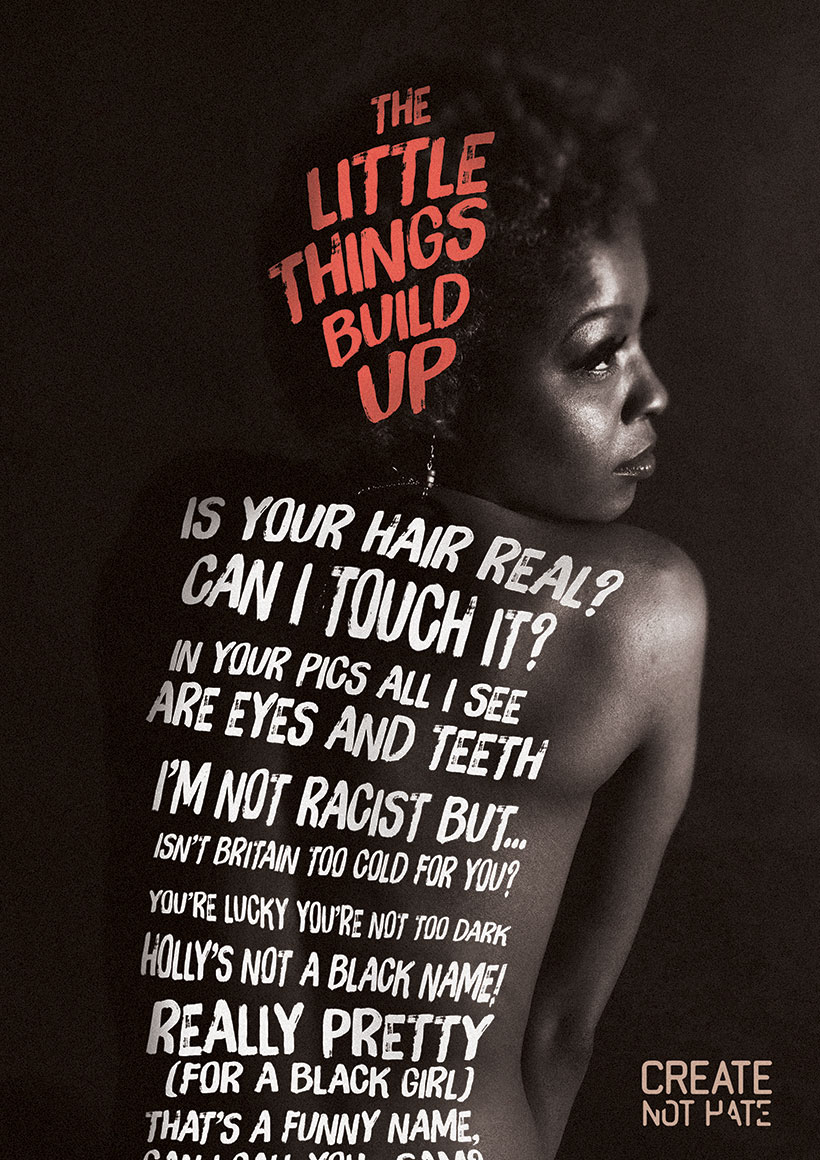 Quiet Storm founder and executive creative director Trevor Robinson said of the Create Not Hate participants: “The industry needs this talent as much as the talent needs this industry.” I agree.