Yep, they went there.

TBWA\London’s work for Lidl has been a mixed bag over the past six years, but at its best, it has been full of irreverent wit. So it’s great to see the brand trolling its pricier rivals in this outdoor campaign, which purports to obscure ads for Marks & Spencer and Waitrose with retorts from Lidl. 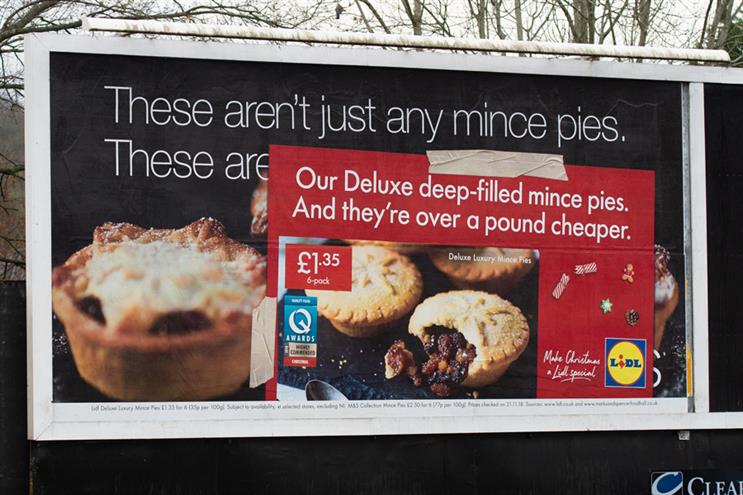 It may seem like a simple idea – but any campaign that prompts people to ask "Are they allowed to do that?" has more to it than meets the eye. They are allowed to do that, FYI, because those aren’t real ads being "covered over" but mock-ups that nicely capture the essence of smug superority of both of those brands.

Pick of the Week: Virgin Active uses positivity to get biceps pumping

Pick of the Week: Sainsbury's proves you can go to the theatre more than once in a year

Pick of the Week: WWF's ad punctures inertia about helping the planet

Pick of the Week: Three may have served up the year's funniest ad