What tech innovation of the past decade has made the biggest impact on the media industry? Nigel Walley explores 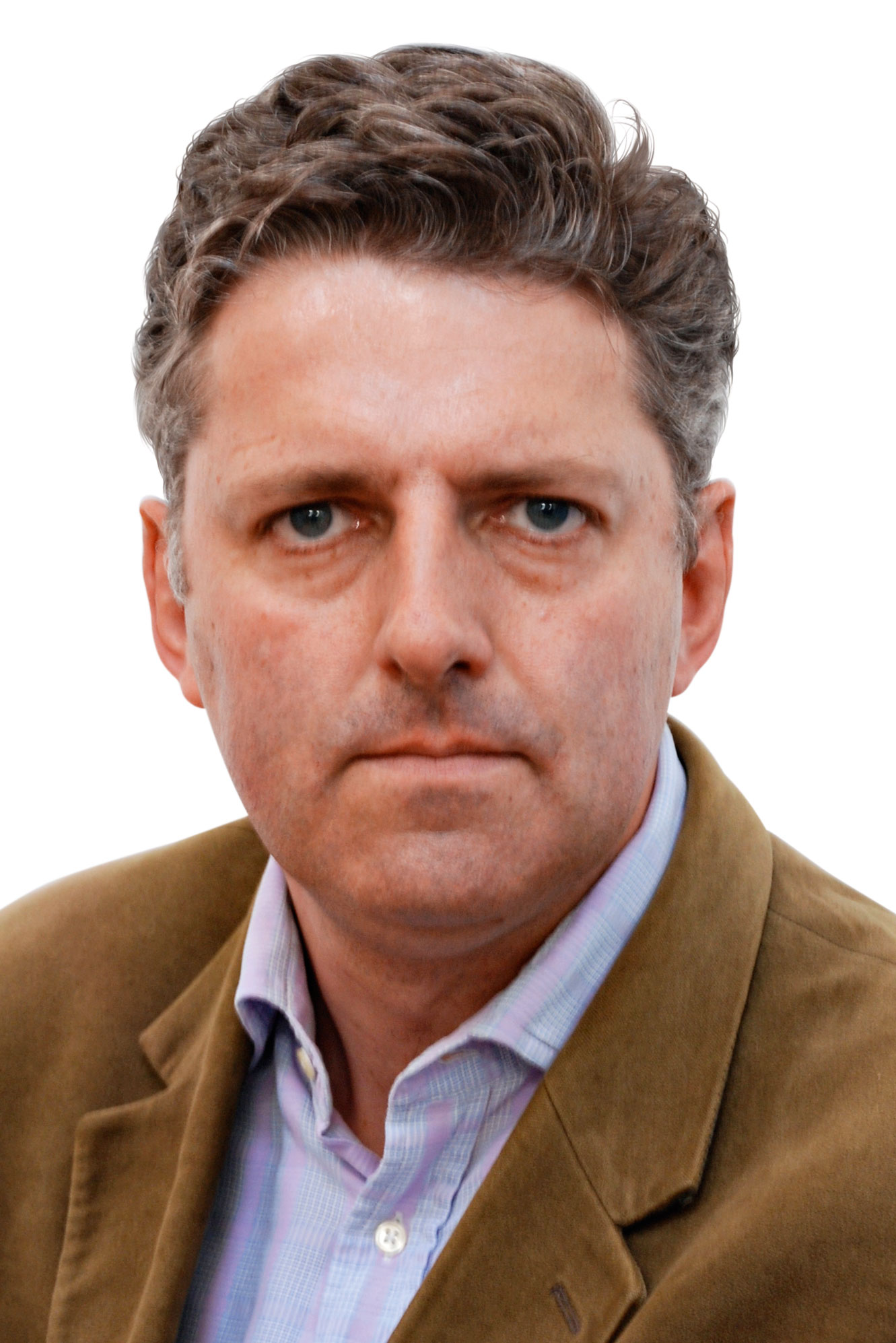 The great thing about ad agencies is that they can always pull out a showreel. A quick review of recent creative work can take even the most cynical minds off the subject in hand.

As a media strategist, when answering the question "What has been the most important media innovation of the past decade?", it would really help to be able to turn on the showreel.

At Decipher, we all agreed quickly on an answer to the above question, but wondered: "How are we going to make that sound interesting?"

We believe the most important media innovation of the past ten years was the moment in 2012 when we all started plugging Ethernet cables into the back of set-top boxes. (Stay with me and I’ll explain why.)

It is easy to underestimate the arrival of the web in TV. The launch of broadcasters’ "players" (iPlayer, ITV Player, 4oD etc) in 2007 was a hugely important moment in the evolution of the UK media industry.

The BBC set the standard, and the commercial players quickly followed. On their own, these players haven’t changed TV dramatically (just 2 per cent of BBC output is consumed via iPlayer), but their arrival hinted at bigger change to come.

It also heralded a change in the tone of debate. Up to that point, everyone in Silicon Valley had been claiming that the internet would take over the TV industry (for "take over" read "close down").

Do you remember the AOL take­over of Time Warner? With the launch of iPlayer, we realised that the opposite might come true – TV could end up taking over the web. The recent rise of video as a percentage of data traffic seems to indicate that this has happened.

Since then, we have seen a bit of an arms race between TV and the web, with new technologies, apps and services launching in parallel from traditional broadcasters and web-only players, pitting the likes of ITV Player and 4oD against Sili­con Valley start-ups such as Netflix.

On the way, the two industries have traded barbs about who was the "first screen" and who was the second, and generally got confused about what the word "digital" means in a world where every single TV broadcast and video-on-demand service is "digital".

'For the first time, there was a possibility that the nirvana of tech evolution could happen'

The main focus has been on programme distribution but, in the background, a web ad-tech revolution has been building. In its first iterations, this has been a device-only phenomenon with the rise of the programmatic ad technologies’ new trading ecosystems emerging on PCs, tablets and phones.

Mainstream TV has, for the most part, been off-limits. All the time, the major ad-tech players have been desperately trying to plot a route into TV – and, most importantly, mainstream TV budgets. From the perspective of the ad-tech world, these budgets have remained annoyingly dominant in the mix.

The problem they were facing was that there was no technical route for the ad-tech world into a television distribution landscape dominated by broadcast. Even after set-top boxes evolved into personal video recorders, they remained "unconnected" and, for the most part, not IP-friendly.

That changed in 2012 when the Freeview world decreed that all new boxes and screens had to have the capacity to plug an Ethernet cable into the back. Cable was, by definition, already "connected", although not particularly IP-friendly, and both the free and pay versions of satellite followed soon after.
The era of the connected set-top box was on us and, after that, it was a case of waiting to see what came down the pipe.

Three things that connected TV have given us

The first thing to appear in boxes and screens were the TV-sized versions of the players – iPlayer, ITV Player, 4oD and Demand 5. For the first time, there was a technical possibility that the nirvana of tech evolution – web/TV convergence – could happen. However, for the most part, the ads served into the TV players were controlled and served by the broadcasters’ own ad tech.

The second thing the Freeview world decreed was that all boxes had to have the capacity for streamed linear IP channels to be delivered into the boxes. This was hugely important, as these IP-streamed channels could have a listing on the main TV electronic programme guide (EPG).

Tablets, led by Apple’s iPad, Samsung’s Galaxy and Google’s Nexus, are this year poised to overtake laptops as the UK’s most popular place after television sets to watch programmes and films.

The rise of the tablet was the most striking shift among viewers of TV, video-on-demand and films in the third TV Nation study by Ipsos MediaCT for Thinkbox. Three years ago, just 5 per cent of the UK claimed to watch on tablets, with 22 per cent on laptops. In 2014, those watching via tablets had shot up to 17 per cent, with 23 per cent on laptops.

The research chimes with wider media consumption trends released by Ofcom, which found that the number of UK homes with a TV fell last year from 26.3 million to 26 million, as viewers turned to mobile alternatives. Confirming the trend, in the third quarter of 2014, the most downloaded apps were Netflix, BBC iPlayer, YouTube, ITV Player, BBC Media Player, BBC News, Sky Go, 4oD, BBC Sport and TVCatchup, according to the sector analyst App Annie.

The iPlayer achieved its biggest month on record at the start of 2015, notching up 343 million requests. Requests from mobiles and tablets were also at an all-time high of 48 per cent. The service’s popularity was highlighted in February when four episodes of Top Gear attracted a combined nine million views.

In the past two years, we have seen 20-odd new channels arrive on TV, delivered as linear IP streams over the internet. Some of these are small and niche but use the web landscape to deliver very interesting content to a highly focused audience. However, some of these new channels are big and important, such as BT Sport, which, outside of the Sky boxes, is a wholly IP-streamed channel.

From an ad tech world, these IP-only linear channels are the first wave of a potentially huge new advertising opportunity, as all of them hold the possibility that ads could be inserted into linear TV via some form of web ad-tech. For the first time, programmatically served video advertising could arrive in linear channels and VoD on mainstream TV set-top boxes.

This is clearly part of a bigger movement to make mainstream TV set-top boxes fall into line with the broader web and device development communities. It is affecting every aspect of TV development.

EPGs are slowly turning into "TV websites" as HTML becomes the dominant display software in set-top boxes. This has brought with it the beginnings of a display advertising culture on to TV. Banner ads have appeared on smart TVs, set-top boxes such as TiVo and games platforms including Xbox. How these are sold and used will be a key area of innovation over the next few years.

We have also seen the arrival of short-form video and web apps such as YouTube and Vevo bringing clips on to mainstream TV boxes, further blurring the distinction between web and TV. Brands including Red Bull and Marks & Spencer have been experimenting with on-demand branded content on the big screen – all facilitated by the web connectivity inherent in new TV devices.

Finally, the TV industry has discovered the power of the data it holds on consumers. The TV industry has never really exploited the customer management data in its systems to tailor or target the services and content it delivers through its main devices.

This was always difficult because there was no method for connecting to, and communicating with, individual set-top boxes. TV just used to broadcast at them. The dam has now been breached with the arrival of connectivity and we are starting to see examples of targeted, dynamically inserted ad models that use this data appearing – Sky’s AdSmart is the first example at scale on TV.

It is truly a new era in television and video advertising on mainstream TV, and there will be significant changes driven through the industry because of it. Some of these will be great, some painful. But we will look back in ten years’ time and reflect that it all kicked off with a humble Ethernet cable plugged into the back of a set-top box. Now run the showreel, please.

Nigel Walley is the managing director of Decipher