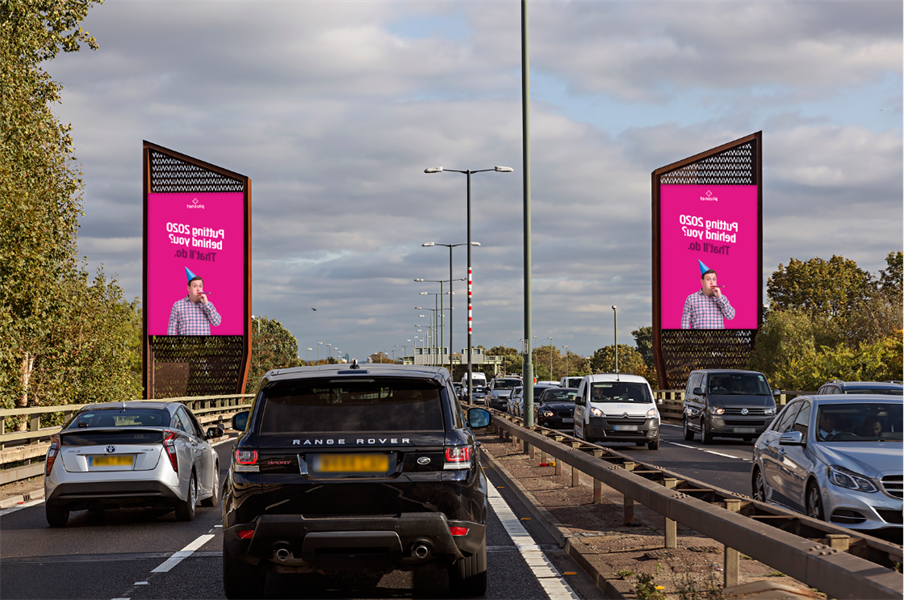 Plusnet bids a fighting farewell to 2020 with an outdoor campaign.

The billboards – which were created to be seen through the rear view mirror of passing drivers – show a man in a party hat alongside the tagline: "Putting 2020 behind you? That’ll do."

TikTok "The legend of #SeaShanty​" by VaynerMedia

PlayStation "Play has no limits" by Adam & Eve/DDB

Plusnet "Made that way" by Karmarama

Plusnet "Made that way" by Karmarama

Plusnet "broadband that loves you back" by Karmarama