The gap between client-side and agency-side roles can appear to be a gulf, but what can people on either side of the fence learn from those who switched from one to the other, asks Joan Voight. 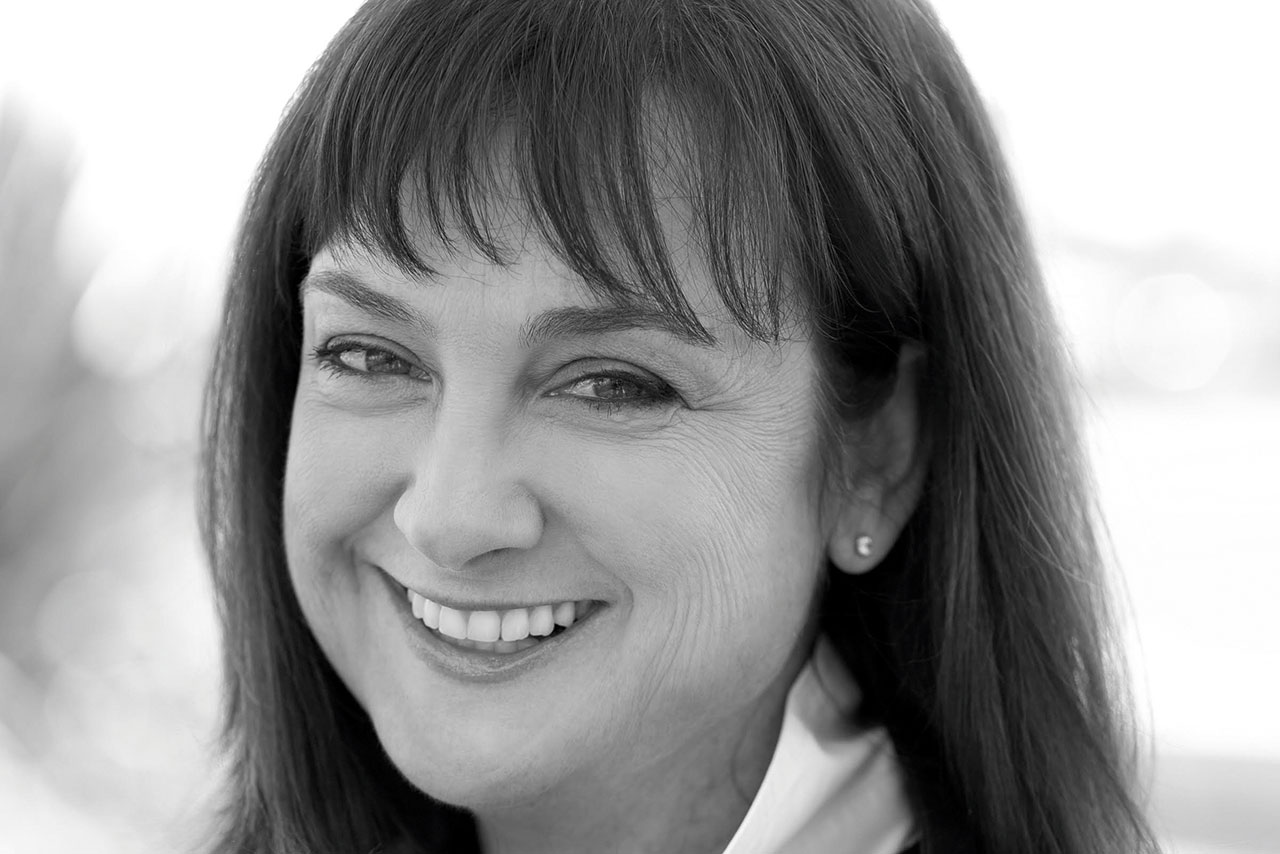 I had no idea how much there was to the client’s marketing department beyond advertising," Luanne Calvert, chief marketing officer at Virgin America, says, recalling her days as media director at ad agencies Goodby, Silverstein & Partners and CHB some 20 years ago.

"Understanding that creative advertising is just a small part of the marketing puzzle," would have really improved her perspective, she acknow-ledges. At the airline, for instance, her team spends only about a quarter of its time on ads, including digital and search-engine marketing. Creative advertising takes just 5% of the schedule.

Before nurturing the offbeat outreach programmes for which her airline is known, Calvert oversaw marketing at Yahoo and Joe Boxer underwear, and was creative director at Google, managing the brand globally. From 2006-09 she ran her own marketing shop, Mixed Marketing, handling Netflix, Calvin Klein and other national brands. Now, with the upcoming sale of Virgin America to Alaska Airlines, she’s facing another likely twist in her career path.

When she worked at agencies, Calvert remembers that she and her colleagues would only occasionally go to clients’ offices, and were treated as visitors. "I know better now," she says. "Agency staff should try to understand all the marketing and business goals of their clients and regularly collaborate on-site with their client counterparts. Our agency, Eleven, comes to our offices weekly to work together and they get to see first-hand how our departments interact."

In addition, Calvert has become convinced that knowing the client’s overall business goals leads to more creative ideas. Case in point: a surrealistic, six-hour Virgin America video showing the boring hours spent on "Blah Airlines", compared with Virgin. The concept came from company research about loyalty
programmes, which revealed that consumers are often loyal to companies they dislike but are familiar with. To date, it has attracted more than 875,000 views on YouTube.

Working both sides of the agency-client divide is "absolutely better" for any up-and-coming advertising pro, Calvert asserts. "It fosters empathy for the other side, one of the most valuable traits in business." Being an ex-agency person "helps me keep my agency partners motivated" and being a former client "helps any agency person better appreciate all the options." 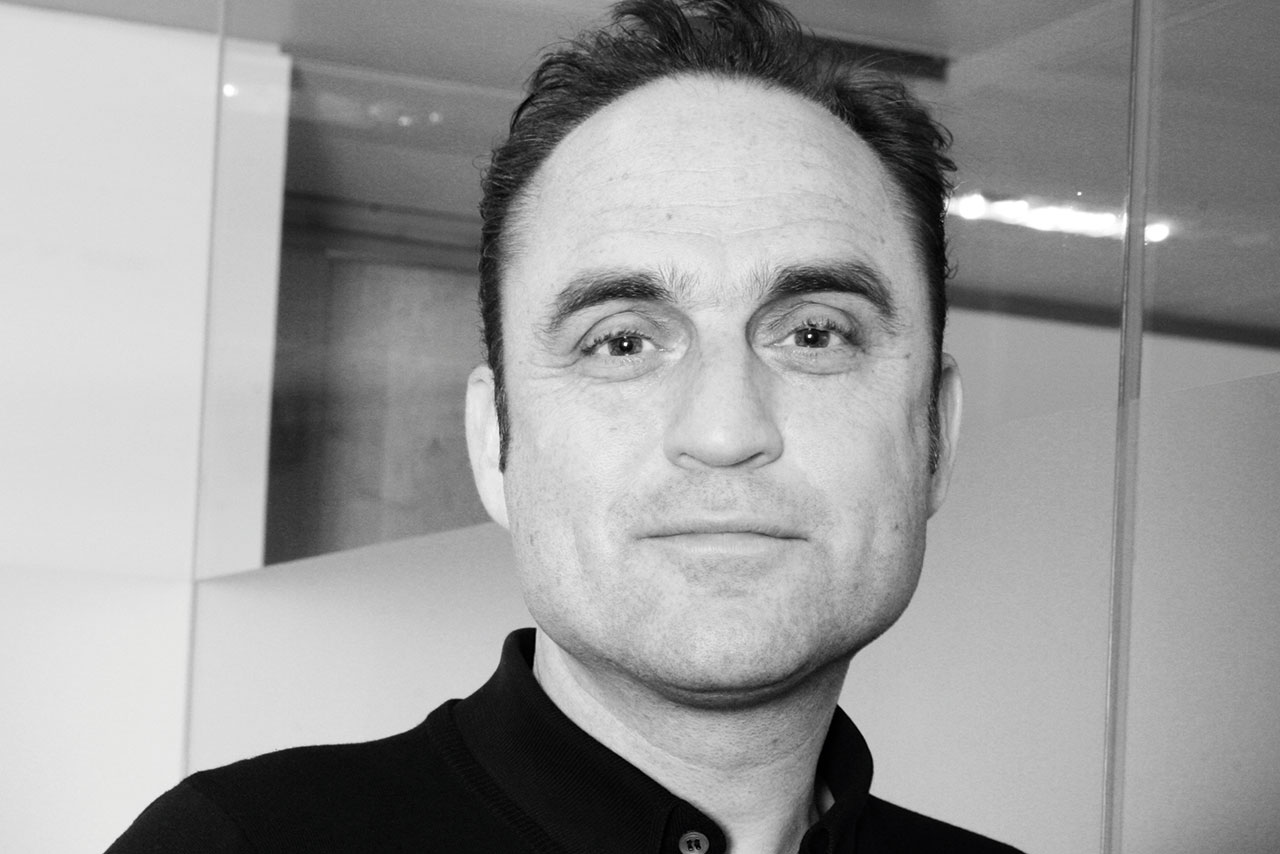 It’s hard to believe Graham Bednash was ever a loudmouth, but if Google’s EMEA consumer marketing director has one piece of advice for agency types, it’s this: shut up and listen.

"I now realise sometimes I did the wrong thing," he says of his agency days. "I’m now better at listening more than I speak.

"Agencies do that a lot – they just talk at you. There’s very little listening, and that’s really an error."

For Bednash, even a pitch ought to be an equal conversation, and this is something he wishes he had realised earlier in his career. "You know a tenth of what [the clients] know. Your task is to understand what they want."

He won’t be drawn on specific anecdotes, but recalls meetings during his time at Google where an agency would reel off its pitch deck, give its views on the brand, then leave without the clients having said a word. "The agency will have gone away thinking that’s a really good meeting, because they spoke a lot."

Bednash might have been more empathetic to marketers had he known the many projects they have to juggle beyond creative work.

"Thinking about agencies, creative work and the expression of your marketing is one of thousands of things you have to do," he says. "Obviously, if you’re agency-side, you’re thinking: ‘Doesn’t the client realise how fundamental this is?’

"But when you’re doing the client role, there are so many stakeholders, and so many other projects you’re working on, that this takes up a small sliver of your time."

Still, he thrives on creativity and innovation, and highlights relationships with Adam & Eve/DDB, 72andSunny and R/GA. He has direct lines to James Murphy and James Temple, and points to R/GA’s 2014 "Google outside" outdoor campaign as an example of strong creativity stemming from good communication between brand and agency at all levels.

Would he advise everyone to make the same move? "It’s up to the individual. I wanted to work in a company that was pioneering and innovating, and that seemed to be Google. I didn’t say: ‘I want to be a client, so should I work in a soft-drinks company or sell nappies?’"

So, would he go back? "At the minute I wouldn’t, but who knows?" 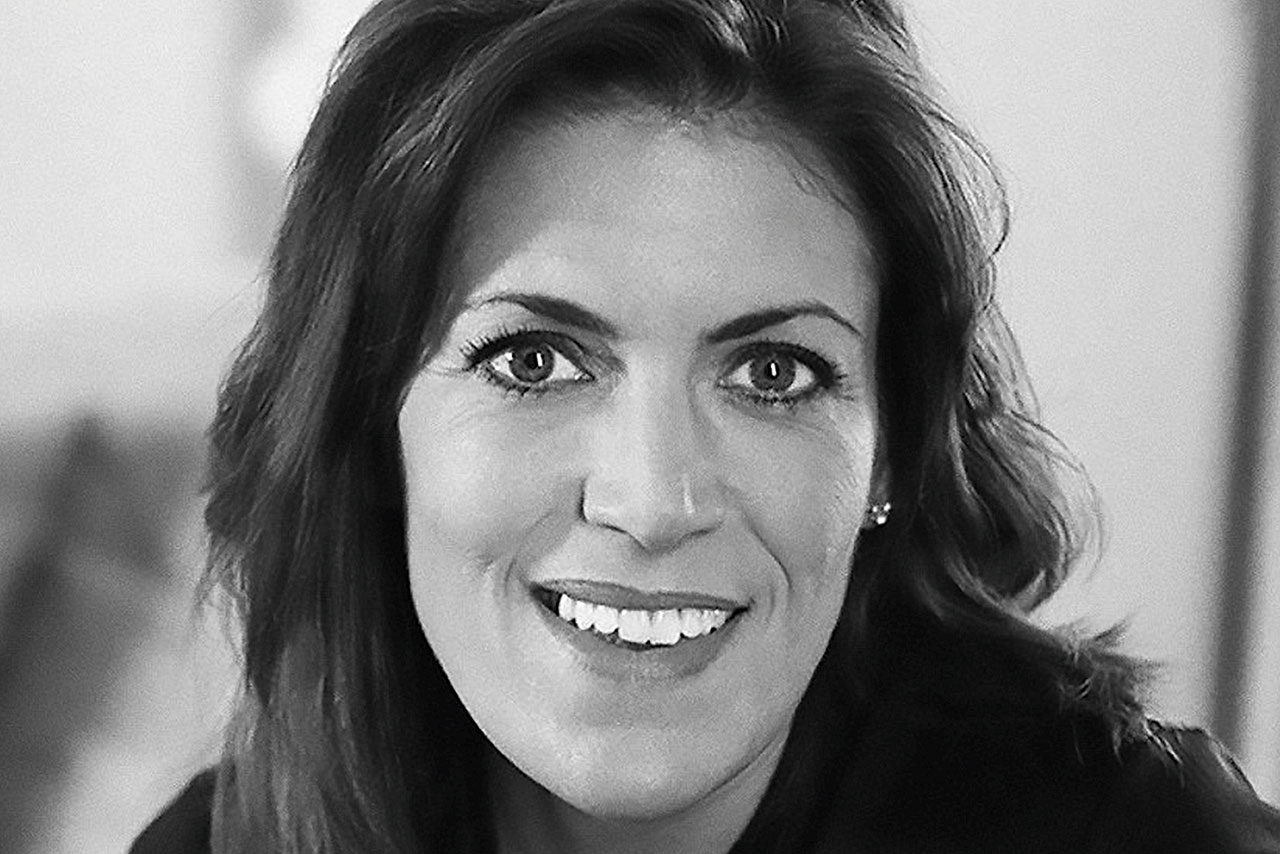 DDB wooed Coca-Cola’s president of strategic marketing and sparkling brands for a full year before she jumped ship to the agency side to become chief executive and president of DDB North America in January.

Now, as Wendy Clark reaches her first 100 days on the job, she still sometimes catches herself formulating the client’s position in her head and has to remind herself to concentrate instead on agency issues. At the same time, she says her new ad-industry role has unearthed some unexpected insights.

"I’m struck by how much people underestimate the passion, talent and ideas available at ad and marketing agencies," she says. Too often "good agency ideas are left undiscovered because they don’t fit in the client’s structure or organisation". She adds: "I wonder what ideas I might have missed when I was the client, just because they didn’t fit naturally into my company structure?"

Clark certainly understands massive, highly structured companies. Before spending eight years at Coca-Cola, she served four as AT&T’s senior vice-president of global ad-vertising. (Earlier in her career, she tasted agency life at GSD&M, as senior vice-president and director of client service.) Her advice to marketers: "Unleash big ideas – even if they’re inconvenient or disruptive to your organisation."

As Clark shuttles between DDB offices around North America, she has also come to see agency office space in a new light.

"A marketing exec once told me ‘The air in my ad agency’s office is creative air, and I can breathe it when I’m there,’ and I now take that as my mission," Clark states. "You can’t overstate the importance of the physical space of agency offices where clients feel and see the creativity. People seem willing to take on [more innovative] ideas when they are away from corporate constrictions."

In hindsight, as a client she might have spent more time at her ad shops. "Agencies bring their own perspective, and marketing work can really come alive when you see it in the agency environment," she notes.

Could Clark imagine switching back to the client world?  "I’m spoiled to have worked on two powerful global brands. Now I get to lead a large agency network into the future. So, going to a CMO job? Probably not. But as a brand CEO someday, that might be another story." 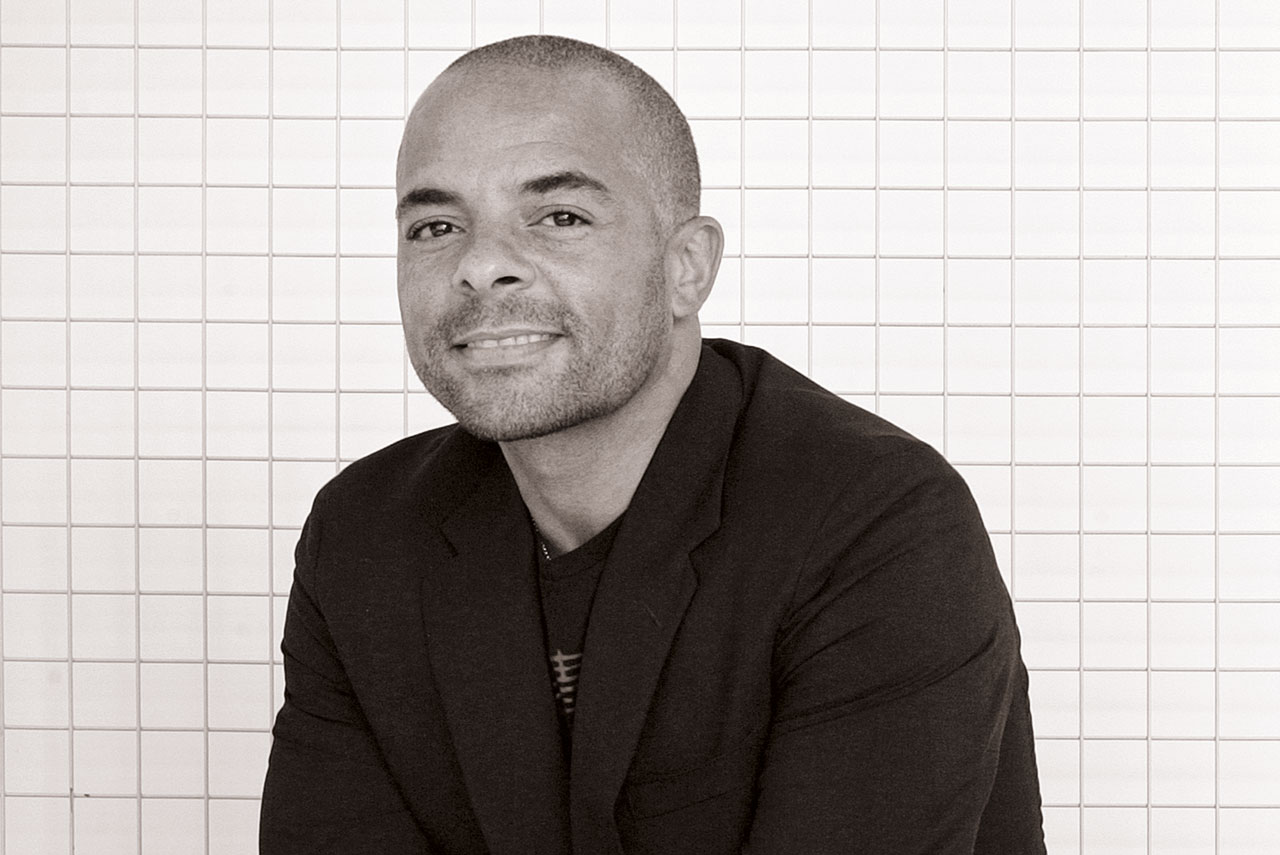 He may have spent seven years calling the marketing shots for perhaps the world’s most iconic brand, but Jonathan Mildenhall still doesn’t sound like the culture shock has quite sunk in from his 2007 career jump, when he became Coca-Cola’s vice-president of global marketing after 15 years in the agency world.

"Nothing can prepare you for the leap from agency- to client-side," he says. "It took me over a year to develop robust global stamina – and that’s just understanding, say, some of the cultural influences in Japan, how they’re different to the those in South Africa or Latin America, and how all of that needs to bubble up to a singular marketing platform for brand Coca-Cola on the Fifa World Cup."

That’s not to say his agency career didn’t offer useful development, though. "The advertising industry gives young executives such vast opportunity to work in lots of different sectors, and towards positioning brands for lots of different consumer groups," Mildenhall says.

The issue he found on moving to Coke, though, was that this breadth came at the expense of depth.

Working agency-side, he says, "you have genuinely no idea of the depth of a client’s business, of the dynamics and the volatility around their organisation.

"You realise that marketing and brand are really shallow business drivers, and you have no understanding of the other drivers of business: operations, pricing, managing local government, and managing their own systems."

Mildenhall has been through yet another bout of system shock since his 2014 move to Airbnb, a business he admits has taken him even longer to adjust to, as a consequence of the young com-pany’s rapid expansion and the intricate localised challenges it faces.

"Our business is really nuanced, because when we show up in neighbourhoods in Tokyo we have to look incredibly local," he explains. "There are dynamic shifts all the time, and that itself takes a different type of stamina to what you see in the advertising industry."

Mildenhall says agency execs aiming to follow in his footsteps should consider executive education; before starting at Coke, he did the residential Advanced Management Programme at Harvard Business School, which was invaluable in teaching him the skills needed by global business leaders.

But his biggest piece of advice to those wondering if it’s the right move?

"Just do it. It is so thrilling, exhilarating and satisfying. Once you move from selling ideas and creativity to buying it, it’s difficult to go back."

The client/agency divide: mutual respect is the key to symbiosis

The reinvention of the holding company

Collaboration is all the rage - but it has its limits

Break down the barriers between media and creative