The Pool, the online magazine aimed at women, has gone into administration.

Staff were informed of the move yesterday and took to Twitter to express sadness for the fate of the brand.

The Pool’s editor, Cate Sevilla, wrote: "I don't really know what to say. I'm absolutely gutted. This has been an extremely frustrating situation, and I'm heartbroken and fucked off. For my team. For our freelancers. For our readers. I always wanted to work at The Pool, and I can't quite believe what's happened."

She added that the team is "not quite sure" of the next step. Staff have been told that administrators are due to be appointed "in the next few days". 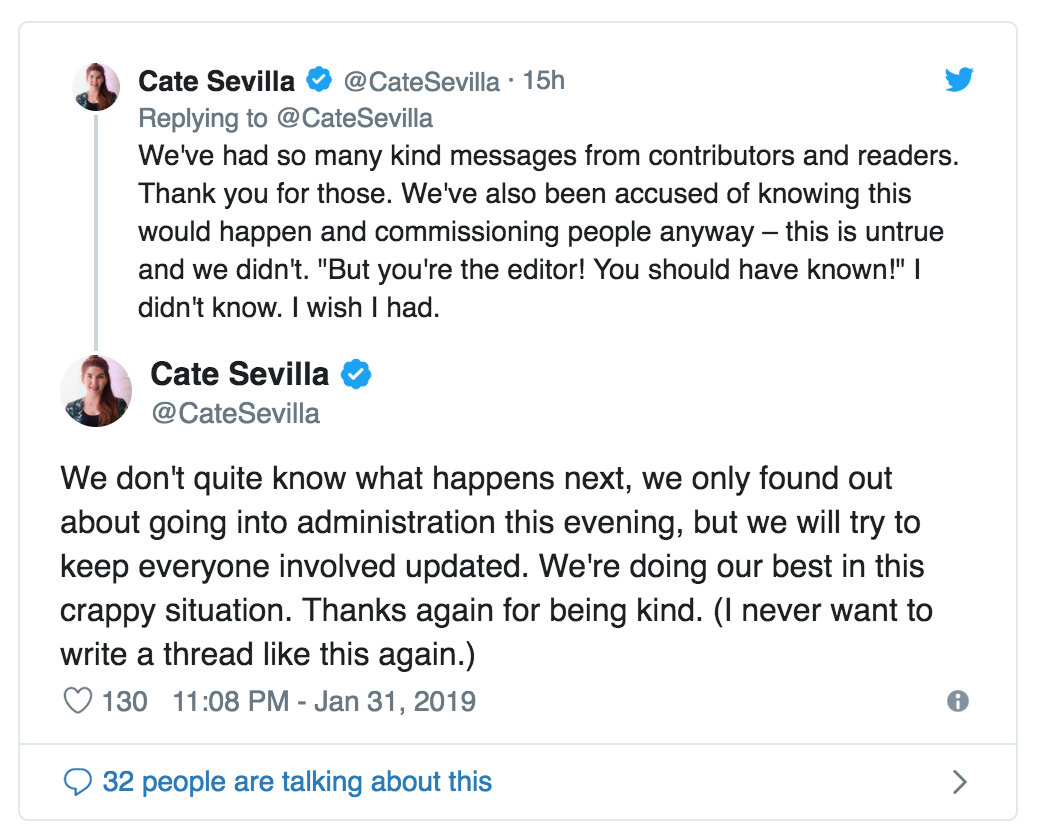 The Pool was set up in 2015 by Lauren Laverne and former Cosmopolitan editor Sam Baker. Laverne left last year and Baker announced her departure two weeks ago on Instagram.

The site had been struggling over the past month, with freelance journalists posting on social media about not being paid for their work.

Other members of The Pool’s team have also been public about issues at the publisher. News editor Zoe Beaty wrote: "The Pool is officially over. No one can say anything coherent right now. But we have fucking done our best. My colleagues are steel. My managers are steel. I am sad."

Laverne: from pop star to start-up