London Live has had a difficult launch, but the local TV station could yet find the formula for success, says Dino Myers-Lamptey, head of strategy at the7stars.

Following dire ratings, London's first 24-hour local channel has politely asked Ofcom if it can reduce its quota of local content. Other changes are afoot, with a reduction in entertainment and live content, in favour of more news and current affairs.

When the case for a local channel was made by culture secretary Jeremy Hunt, the US market was referenced as a glowing example of how it could work, thanks to a wealth of successful local stations. What Hunt failed to realise are the acute differences between the UK and the US, particularly when it comes to media.

The most obvious difference is the presence of the BBC, which already offers a very credible local news slot (minus the adverts) to the UK. It was also widely ignored that the funding model of commercial TV is advertising, and the US market commands much higher advertising revenues than the UK.

An average of £364 per person is spent on advertising in the US compared to £229 in the UK (eMarketer) – a difference of more than 50 per cent – surely enough to keep a local media market thriving.

Latest ABC figures suggest there is a growing appetite for local news. Online readership of regional newspapers rose more than 60 per cent in the first half of 2014, double the rate of growth of national newspaper sites.

The regional sites may also prove more of a feasible proposition for local advertisers, thanks to a much lower cost of entry. Broadcast, with its higher prices (for quality at least), could be proving a barrier to smaller advertisers and a bigger problem for London Live.

Perhaps the main challenge for the channel has been in using a traditional advertising model to service an unconventional product. While London Live has tried to offer different opportunities to advertisers, the Barb equations of evaluation don't currently work for its proposition.

London Live has to position itself not about coverage and frequency, but about targeted relevance and unique audiences. It needs to demonstrate that this proposition can be attained by brands with local budgets.

As content is increasingly produced for a global audience, it's the local things that stand out and connect even more. But local can’t mean lower budget, and it doesn’t have to when "local" is arguably within one of the most creative and culturally diverse cities in the world. 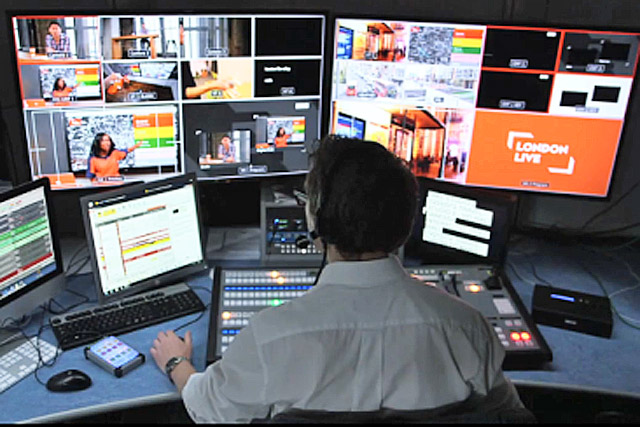 Many other towns would fail miserably with a local TV offering, but London has enough talent, money and brands looking to influence the residents for it to be able to work.

The broadcaster hasn't yet found that defining must-watch content. Rather than cutting its entertainment quota, it should look to empower the creative class of London, giving more airtime to many of the up-and-coming London-based content makers attracted by the larger screen and its link with print.

Finding the next 'Inbetweeners' – an iconic, defining series – will attract unique viewers, highly sought by new advertisers for whom the broadcast advertising market doesn't currently offer a good solution.

Unlike the news market, where "exclusive stories" are a rarity, for broadcast, "exclusive commissions" are the essential ratings driver. By changing its programming strategy as planned and creating more news and current affairs content, London Live risks further alienating advertisers who tend to seek more entertainment properties to associate with.

The passion and backing behind London Live would suggest that there is still a lot more life in it yet, and if the backers can turn around the once ailing London Evening Standard, which more than doubled its profits last year, then it's certainly too early to call time on London Live just yet.

London Live chief executive: 'We can't keep propping it up'

Is local TV vanity over sanity?

Will Lebedev's London Live be a success?