Channel 4 economics editor Paul Mason's latest book focuses on how information technology is shifting the economic landscape. He believes we are in a transitional phase between capitalism and a new model, postcapitalism. The author tells Rebecca Coleman what this might mean for the future of brands and marketing 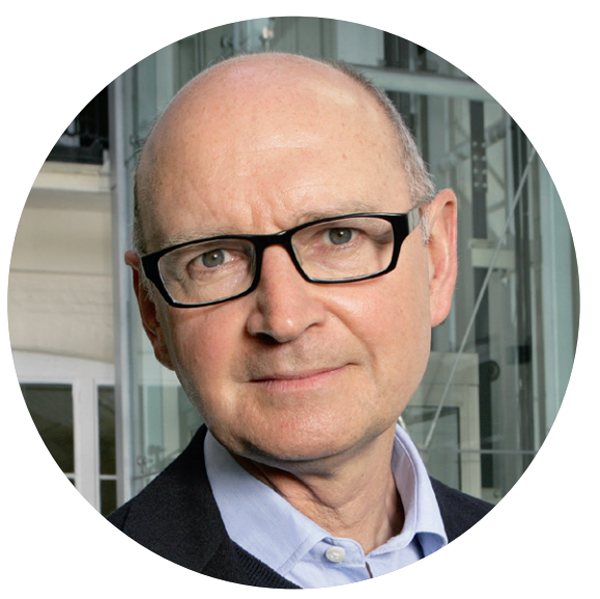 In his book, Postcapitalism (Right), Paul Mason proposes a new economic model, which, if successful, has the potential to create a more socially just, environmentally sustainable way of living.

As the digital world takes hold, he believes we are moving from an era of scarcity of physical goods to one of an abundance of information goods. This demands a complete and revolutionary reassessment of how we determine worth.

In an economic system beyond markets and private ownership, the role of brands and marketing takes on a somewhat different sheen. It raises questions about how we add value to the products and services we sell.

If Mason is right, marketers will have to appeal to consumers in a fresh way in order to survive. It moves trends relating to access over ownership, ultra-convenience and circular sustaina-bility from early-adopter territory through to the mainstream.

Critics of Mason’s work argue that his theories are nothing new, that the left has been prophesying the death of capitalism for decades, if not longer. However, it is undeniable to anyone who has been paying attention to generational permutations in attitude that there is the whiff of a more democratic, liberal – and even Marxist – change on the cultural breeze.

What is the role of brands and marketing in your postcapitalist vision of the future? And how will we measure organisational success?

Paul Mason: The key moment for postcapitalism comes when things can be produced that are ultra-cheap or free. That is our goal – to reduce the amount of necessary work.

Given the brand is what makes the difference between a $30 pair of sport shoes and a $200 pair, one easy win for postcapitalism would be to attack the brand mark-up. I would expect, during the transition, for brands to emerge that say: "This thing is cheap, useful, ethically made and it contributes to the higher cause of reducing the amount of work every-one has to do." But at the same time, a brand is a product of our collective labour: we imbue certain brands with human feelings. So you may not want to take the easy win of eradicating upmarket and luxury brands.

In the book, I say we should model the impact: if you got rid of the Nike brand, would it make it harder or easier to impose good labour and environmental standards on Asian factories?

I think the realisation that we are in this long transition to a world of sharing, collaborative production, and free stuff might prompt a brand to react like this: "Buy our stuff because, though the brand commands a higher selling price, there is a measurable social good." I am not talking here just about the usual CSR metrics: one of the key metrics might be "we automated our Asian production line and our workers enjoy dotcom-start-up-style conditions"; or "a third of our factories are co-ops".

Nobody really wants a Google phone

Organisations will measure their success in a postcapitalist world by the extent to which they are utilising free stuff to create more useful free or cheap stuff. There’ll be a market sector as long as there is scarcity; and reward for entrepreneurship will be short and sharp, but real – even as patents and copyright get faster decay times. But at a certain point, I think we’re going to see a cultural change where it becomes socially unaccept-able to create an artificial shortage of information – just as it is with physical commodities.

What does the postcapitalist future hold for monopolising tech brands, and will their disruptive effect continue?

The emergence of major tech companies has played havoc with [more established] brands. These monopolies exist so as to corral the free information we produce into a closed commercial space. But it’s not logical to have it all under a single brand.

Nobody really wants a Google phone (remember it tried making one); Samsung is the phone-maker, Google the info-monopoly. So, likewise, you’ve seen Google create a holding company for its more entrepreneurial ‘physical’ businesses – like smart cities, cars, geolocation etc.

Airbnb and Uber look to me like the Lycos and AltaVista of sharing. The functionality is superb but they’re vulnerable, not only to the re-regulation of the space they’ve captured, but to replication by public or co-operative rivals. Right now there are teams everywhere rushing to create open-source rivals to these platforms, and the rent-seeking element of their business model is going to make them vulnerable. Nevertheless, they are textbook good examples of how to build a peer-to-peer brand. Trust, utility and simplicity creates the take-off path.

The ‘sharing economy’ is a misnomer. What’s interesting is that many of the platform businesses start out as a ‘surplus-clearing’ mechanism: empty apartment, underused car. But then they create demand: people buy cars to become Uber drivers or buy apartments to let on Airbnb. This is not sharing, it’s rent-seeking.

Will there be any place for advertising in a postcapitalist world of open-source platforms?

Somebody modelled the ad revenue Wikipedia could take if it opened up. It came to $3bn and I would say that’s a conservative estimate – so that’s $3bn lost to the market. Several more billions are lost through the widespread adoption of Linux, Apache and other open-source tools.

The next big minus sign will come with the internet of things (IoT). Some consultancies put the ‘opportunity’ of IoT in the trillions, but, apart from the people making the IP switches, we’ll experience it as, yet again, the better utilisation of spare capacity and the more intelligent maintenance of machines.

The point about postcapitalism is really simple: information goods are different. Name any cutting-edge activity – bio-engineering, nanotech, 3D movies – and there is no circumstance in which they create a high-value industry in the long term. Information is going to make all innovations cheap unless you can protect the IP behind the closed walls of a tech monopoly – and these always crumble.

There is definitely a move toward an age of abundance in terms of information, but we are also moving toward an age of scarcity of natural resources. Does postcapitalism provide any solutions for this?

Scarcity of natural resources is going to be the ultimate problem for humanity, even if we halt global warming. But of the two big inputs, after labour and ideas – energy and material stuff – energy could quickly become renewable. The intelligent design of cities, transcontinental energy systems (like putting solar arrays in North Africa to serve Europe), and energy distribution grids… these would add to downward pressure on costs.

The last phase, when you’ve made some essential products and services abundant, cheap or free, would see pressure to innovate in the materials space. Cradle-to-cradle is one solution – where a product’s recycling is designed into its manufacture. High durability is another.

In the information space, I think we may see a kind of retrofitting boom: already in my industry we’re seeing camera crews stick 1960s glass onto the front of a 4k image processor. We’re going to have to retrofit houses and offices, because lots of people sitting at desktop terminals processing information is going to look silly in 50 years’ time.

Marketing to the new dreamers: brands as public service providers

The future of the sharing economy: boom, brand or bust

The future consumer wants it all fast, free, fair and shared: are you a postcapitalist brand?