While we obsess about the power of technology and 'big bang' moments, history shows that human nature hasn't changed. It's the little differences that have the most dramatic effect, whether it is climatology or communications, Richard Shotton argues.

On a winter’s day in 1961, a fresh-faced climatologist at the Massachusetts Institute of Technology was tinkering with his computer models. Edward Lorenz had decided to rerun an existing program and was confident of the results it would produce. But, on this occasion, feeling impatient, he inputted the variables to three decimal places rather than six as he had done originally.

Once the room-sized computer was running, it was oppressively noisy, so Lorenz decided to take a tea break. When he returned, he found the model’s predictions were radically different from the original model.

Over the next decade, he proved that this wasn’t a rogue finding. Lorenz had uncovered what we now call "the butterfly effect": the theory that, in complex systems, small differences can have a transformative impact.

Most relevantly for us, what’s true for climatology is true for culture. Small differences in the launch of a product can have a transformative impact.

Take Rock Around The Clock.

When it was originally released by Bill Haley & His Comets in 1954, it was a commercial disappointment. It sold a mere 75,000 copies.

However, when it was re-released a year later following its inclusion in the opening credits of Blackboard Jungle, it had a decidedly different reception.

Sales were stratospheric. Shops sold out as teens scrabbled to get hold of the record. The single went to number one on the Billboard charts and stayed there for eight weeks. Outside the US, it became the biggest-selling record of the 1950s in the UK and globally it shifted 40 million copies. Once again, a tiny change – in this case, little more than a piece of product placement – led to a 500-fold increase in sales.

But knowing that tiny tweaks can be transformative is only mildly useful. The question then becomes which changes have a profound impact. In order to answer that, we need a body of work dedicated to understanding human decision-making.

Fortunately, that’s exactly what we have. Over the past hundred years, psychologists have studied how decisions can be influenced by the incidental. If we want to transform brand performance, we need to apply these findings.

From the laboratory to the supermarket

But will psychological studies, often undertaken in lab conditions, translate into commercial success? Two examples show that they can.

First, price relativity. It has long been recognised by academics that consumers’ estimate of a product’s worth is slippery. Since shoppers are rushed, they don’t compare the price of an item with all the other goods that could bring the same level of happiness. You wouldn’t compare the happiness you get from a pint of beer with the joy you get from a novel.

Dave Trott tells a brilliant story about Jacob’s Mallows. For those of you under 40, they’re chocolate-covered snacks rolled in coconut flakes and sold in packs of six. 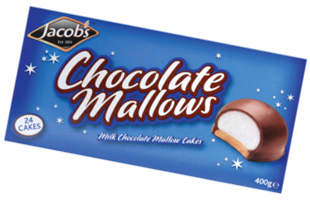 In the 1980s, sales had slumped, so Benton & Bowles was hired to reinvigorate the brand. A planner on a supermarket trip noticed that shoppers were comparing the packs of Mallows with neighbouring 12-packs of biscuits. The Mallows were invariably returned to the shelf as, on a per biscuit basis, they seemed expensive. The astute planner suggested moving them to the cake aisle, where they would be compared with cakes in packs of two. Suddenly, they looked great value. Sales soared.

But the 1980s was a long time ago – an era of neon socks, mullets and shoulder pads. How relevant are the findings?

Fashions may have changed but the fundamentals of human nature remain the same. As an industry, we’re too infatuated with the latest developments. In our haste to hurl ourselves on the latest bandwagon, we forget about the timeless insights our predecessors generated.

As Bill Bernbach put it: 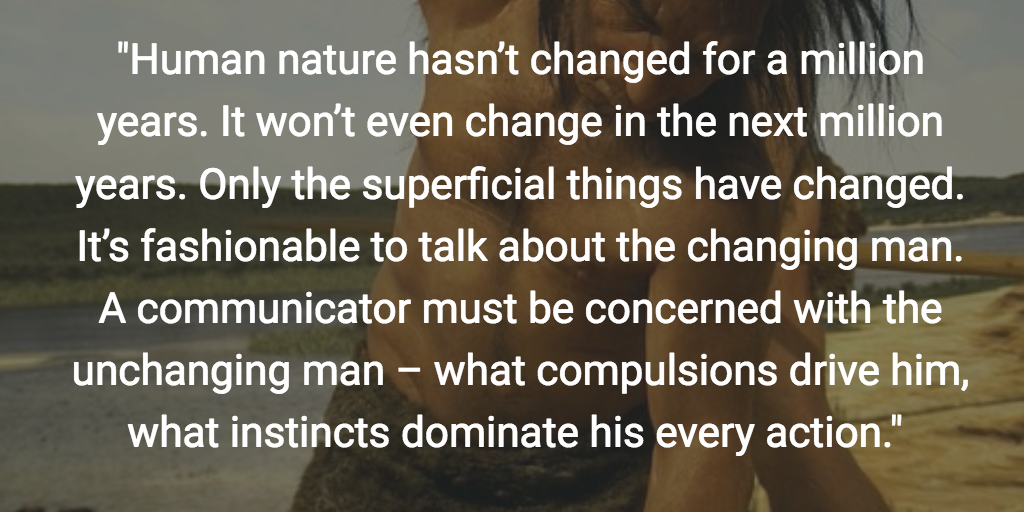 The talk of the unchanging man is not a hollow claim. Consider Nespresso. It applied the same tactics as Jacob’s Mallows when it packaged its pods in a single-cup serving. That meant the price comparison was with Costa, not Nescafé. This persuaded shoppers to pay about six times as much for Nespresso as they do for roast and ground coffee.

If Nespresso was sold in half-kilo bags, it would cost £37 each. Would you pick up a bag on a trip to Tesco if it was nestled next to roast and ground coffee bags costing a fiver?

Another bias that can have an outsized effect is anchoring. Anchoring occurs when exposure to a number, however irrelevant, serves as a reference point for subsequent decisions.

Perhaps the most interesting example is that of Alka-Seltzer. It used anchoring when trying to boost flagging sales by encouraging consumers to take two at a time, not one. The brand couldn’t make a direct plea to use two as it had no rationale. So, instead, it created a jingle that enforced the new anchor: plink, plink, fizz, fizz. That extra "plink", which subtly established a new anchor, would be worth millions over the years.

Cynics might counter that big changes can also have a sizeable effect. Why prioritise the small?

The reason lies in another principle that Lorenz discovered. In complex systems, it’s hard to predict what will be successful. Even an understanding of social psychology only improves your odds. Failure is an ever-present risk. As Lorenz said: "If a flap of a butterfly’s wings can be instrumental in generating a tornado, it can be equally influential in preventing a tornado."

Therein lies the strength of small tweaks – they are low-risk. If they fail, you have another chance to try again. Compare that with the catastrophic damage wrought by the failure of a big initiative. If you want to transform your brand, accept that success has a random element. Think small.

Fittingly, Lorenz’s discovery of the butterfly effect demonstrated the importance of apparently trivial changes in communications.

Lorenz originally published his findings in 1963 in the Journal of the Atmospheric Sciences in a paper called "Deterministic Nonperiodic Flow". It was a flop: cited just three times in the next decade.

In 1972, he presented his work at a conference for the American Association for the Advancement of Science. After chatting with a colleague, Philip Merilees, he renamed the paper: "Predictability: Does the Flap of a Butterfly’s Wings in Brazil Set off a Tornado in Texas?"

The emotive title attracted attention and was a hit among scientists and the public alike. It has been cited more than 4,000 times, making it one of the most influential scientific papers of modern times.

If dispassionate scientists can be swayed by a mix of metaphor and alliteration, then imagine what a few tweaks can do to a media campaign.

In communications, as in climatology, tiny changes really can have a transformative impact.

It's time to transform how we measure media

A view from Dave Trott: The power of ignorance